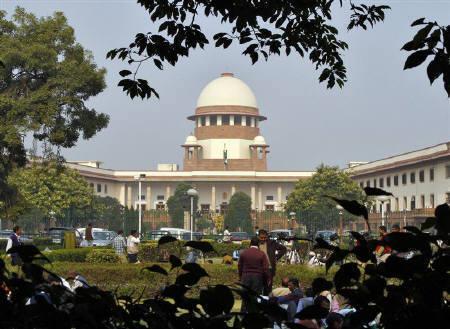 [dropcap]O[/dropcap]N 12th October, a three-judge bench of the Supreme Court comprising of Justice Ranjan Gogoi, Justice R.F. Nariman and Justice Navin Sinha pronounced a monumental judgment issuing guidelines to be followed to designate senior advocates by all High Courts and the Supreme Court. In an attempt at bringing about transparency in the process, which was previously an opaque system of designating lawyers, the Supreme Court bench among other guidelines has directed the formation of a permanent Selection Committee to deal with applications of senior designations headed by the Chief Justice of India.

The Committee headed by the CJI will also comprise of the Attorney General of India, two senior-most judges of the Supreme Court of India or the High Courts, and a fifth member of the Bar. The Committee will have a permanent Secretariat the composition of which will be decided by the CJI in consultation with other members. All applications received by the Committee will be sent to the Secretariat for consideration. The Secretariat will publish the proposal of designation of a particular Advocate in the official website of the concerned Court inviting suggestions. After a data-base is compiled with respect to a particular candidate the Secretariat shall put up the case before the Permanent Committee for scrutiny where each case will be examined in the light of the data provided by the Secretariat and an interview of the candidate. After certain advocates are short-listed by this Committee, the names will be put before a Full Court which to decide by majority view through secret ballot or unanimously.

In the guidelines issued, the judges indicated certain factors to be included when considering senior designations such as the number of years of practise put in by an advocate, judgments on cases which the lawyer has been part of, pro bono litigation and other such factors.

This judgment came about after a petition was filed in public interest by Senior Advocate Indira Jaising in July, 2015, in the Supreme Court. In her submissions, she criticised the earlier process of senior designations whereby the power to designate was given solely to the Full Court i.e. the Chief Justice and the Judges where after applications were received for designation, they were circulated to all Judges and applications received recommendations from at least five judges were put to vote in the Full Court and were generally designated. In her submissions she stated that the process was entirely opaque and there was no way of knowing whether any of the criteria guiding Order IV Rule 2(a) of the Supreme Court Rules and Section 16(2) of the Advocate Act were taken into account since there existed no minutes of meetings detailing evaluation of applications or discussions on the same, the applicants were not interviewed, reasons for non-designation were not communicated to applicants, and the Court adopted voting by Secret Ballot in 2014 making it impossible to know who voted for whom.

She pointed out the inherent discrimination exercised by this process which could be seen in the fact that between 2000-2015, the Supreme Court only designated one advocate belonging to the Dalit community, none from the disabled category.  Similarly, minority communities and women have been discriminated against, there also exists regional discrimination in as much as no advocates have been designated from backward states such as Chhattisgarh, Jharkhand or Bihar.

For a related article read here.

Noting the discrimination in the dressing of advocates and senior advocates, Senior Advocate Indira Jaising gave up her senior designation gown while the matter was pending in court. (Read more about her gown-wapasi movement here.)

Read the full text of the judgment here.