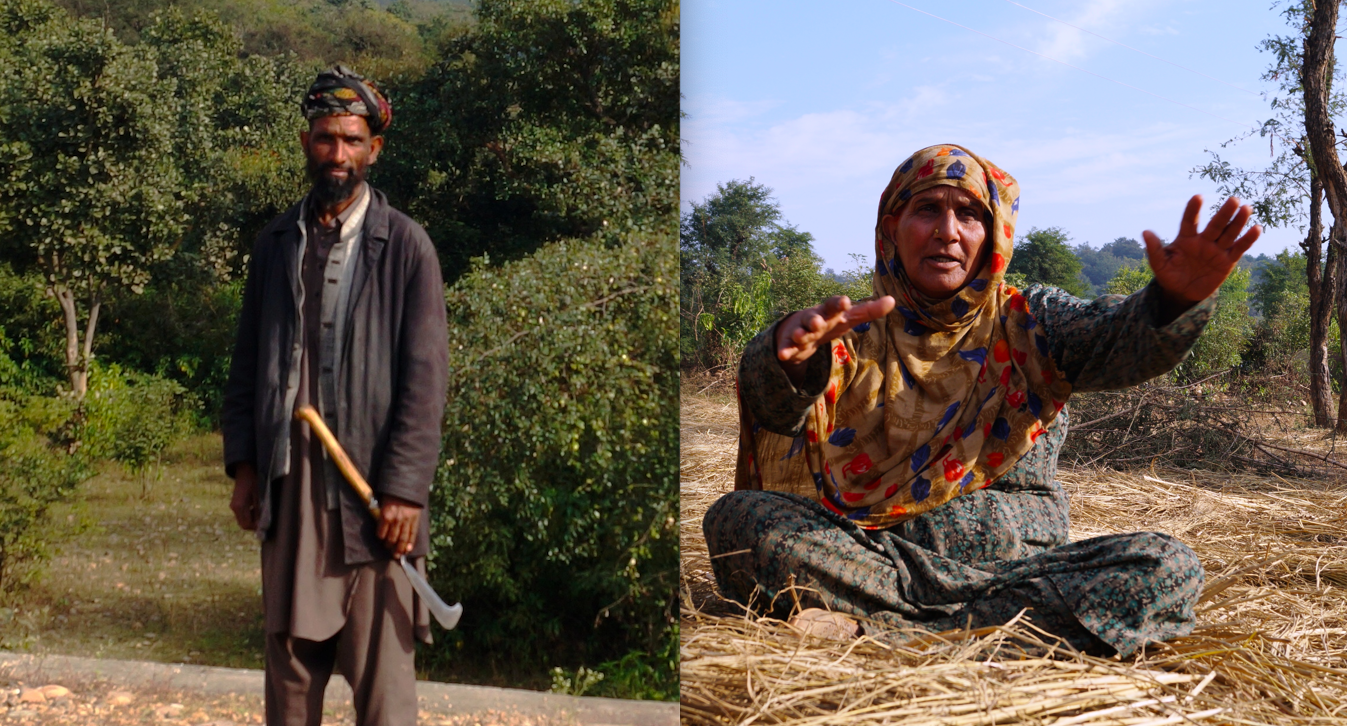 [dropcap]T[/dropcap]hings were not the same anymore. With much trepidation, Muhammad Yousaf Pujwala, 45, stepped inside the forest village Rasana in Kathua district — which has been winter home to past several generations of his ancestors — early this month.

Amid threats — which followed ugly communal politics over his eight-year-old daughter’s brutal gangrape and murder — the pastoralist Bakerwal had migrated to Kargil along with his family and livestock in May. On their return, they had to break their 600-km-month-long journey —which they seasonally undertake on foot through treacherous mountains — somewhere near a forest in Samba district. And it took them another month preparing mind to enter the village —which is now their daughter’s final resting place as well.

The girl was kidnapped on January 10 and seven days later, her mutilated body bearing rape marks was discovered on January 17. The police chargesheet detailed heart-numbing brutalities committed on her before she was killed. The motive behind the horrific crime, police maintained, was to scare away Muslim nomads.

As they arrived, a new ordeal was already awaiting the family. While seeking justice for the girl, the bereaved family has unknowingly antagonised almost the entire village as the accused belong to the majority Hindu community of the village. Consequently, they are facing a social boycott.

“All the prominent people in the village have refused to rent out their farms and sell fodder to us. They told me that a meeting was held in the village wherein it was unanimously decided that no one will do any business with me,” rued Pujwala, listing the problems his family encounters on a daily basis.

In the absence of fodder, he has to graze his livestock including about 100 sheep, 50 goats and 10-15 ponies along the fenced-out forest. What’s keeping him on the tenterhooks is the warning of native farmers. “They have told me sternly, if my livestock strayed into anyone’s farm, I’ll have to face serious consequences,” he lamented, explaining that despite police protection provided by the state government after a Supreme Court’s order, his worries and anxieties persist. “I’ve already sold off some of my livestock but then I don’t have any other source of livelihood.”

Pujwala doesn’t own any land in Kargil, his summer home. He bought about 13 kanals of land in Rasana over a decade ago. Eventually, he built a small house on the barren patch amid densely forested area.

Before their return, one of the rooms and the veranda of the house were used by the policemen who guarded it in their absence. “When we pitted tents in their courtyard, it was monsoon season. There were snakes and scorpions everywhere. Leopards are always on the prowl here. But they were kind enough to provide us shelter inside their house,” said one of the four policemen deputed for their security.

Within a few days after their arrival, he pointed out, a leopard attacked their livestock and killed three goats, leaving a few others injured.

For now, only Pujwala and his wife, Naseema, live in the village along with a helper, who tends to the cattle. Their elder son works with a branch of the J&K Bank in Srinagar and lives with the relatives. “At the time of joining, I was promised that the bank will regularise my job after three months. But they haven’t done so as yet,” said Saddam Hussain, 18, who has studied up to class X. He gets a monthly remuneration of Rs 3000.

The younger son, Muhammad Fayaz, studies in class VII in a private school and is putting up with maternal grandparents in Samba. “When I come to meet my parents, I am scared to move around in the village. The villagers don’t like us to be here anymore,” Fayaz said.

Many of their own community members, according to the family, have started acting distant after the incident. Sixty-five-year-old Phoolan, a member of Bakerwal community, said: “The incident — though it was an isolated case — has created some distrust among the communities. But despite that the Hindu residents cooperate with us. They have rented us their farms and sold us fodder for the livestock. Those who contested Panchayat elections, they paid us regular visits for the votes.”

She claimed that she had given the last bath to the slain girl before she was buried, several miles away from latter’s home. The villagers hadn’t allowed the family to lay her to rest in the nearest graveyard. “Instead of approaching the police, the matter should have been resolved amicably. But it was not done,” she maintained.

As the trail of case — which was transferred from Jammu to Pathankot in Punjab by the Supreme Court amid growing acrimony — completes, the tribal community fears that it will be at the receiving end of the wrath of majority community.

Besides some BJP leaders, Ankur Sharma, a Hindutva activist and advocate of the accused persons in the case, have publicly called for economic and social boycott of Gujjars and Bakerwals. Soon after the police made some arrests in the girl’s murder — which brought the communal and regional fissures in the state’s polity to the fore — they had exhorted the public to uproot twin tribal communities from the area.

Their appeals and threats have certainly created some impact on the ground. In Kootah panchayat of the village, which is home to over 4000 people, there are about 60-70 Bakerwal households—which own land and have voter ID cards. Then there was another set of landless Bakerwal families, which would previously camp in the area. They have chosen to stay away this winter.

In this panchayat, anger and antipathy seem to have replaced the initial charade of sympathy for the girl’s family. A mere mention of the Bakerwal family makes people lose their cool. What follows is a series of bitter grouses against the activists who were at the forefront of “Justice for Kathua Victim” agitation, media, Kashmir based political leaders, police and, ironically, family of the murdered girl. They accuse the family of maligning their area’s image, nationally and globally. A group of villagers continues with the protest sit-in for a CBI probe into the case.

Most of the Hindu villagers, who would earlier provide land and fodder to the Muslim nomadic families, have been inviting Gaddis — a tribe of Hindu pastoralist nomads — to settle in the area instead. “Gujjars and Bakerwals create problems. They are shameless people. The incident was in fact their own handiwork. We don’t trust them anymore,” claimed a middle-aged villager, who confronted the writer on being enquired about the nomadic Bakerwal families that haven’t arrived so far.

He, however, admonished those villagers (belonging to the Schedule Caste communities) who despite diktats have rented out their farms to the Muslim nomads.

Kant Kumar Kantu, husband of the newly elected Sarpanch, Ranjana Devi, said: “If they (family of the Bakerwal girl) are not getting fodder here, they should leave the village. We can’t force people to provide them fodder and land (for money). Can I compel someone in Kashmir to sell his apple orchards to me? No.”

The civil administration—in keeping with the majority sentiment—also seems to have imposed a boycott on the family. The real shocker came from none other than the District Development Commissioner, Rohit Khajuria, when the matter was brought into his notice. Maintaining that he didn’t have time for listening to the family’s plight, Khajuria retorted: “You people just want news and nothing else! The matter is sub judice. It is for the court to decide everything.”

Facing social and administrative ostracism, the Bakerwal family believes it has no future in the village. “It’s impossible to survive here,” said Pujwala, requesting that, “the government should allot me a piece of land elsewhere near a forest in exchange for my land in this village.”