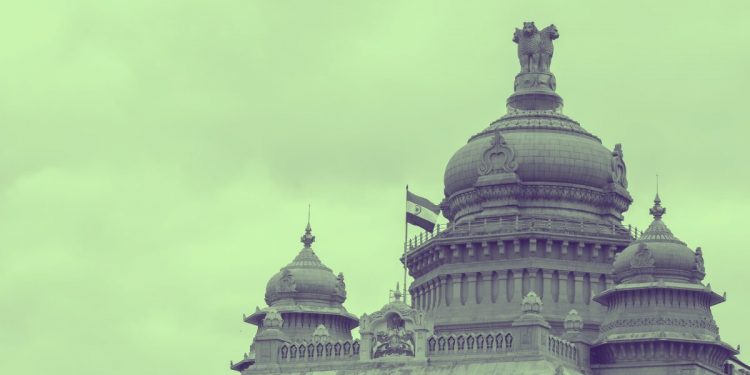 “FOR getting human treatment, convert yourselves. Convert for getting organised. Convert for becoming strong. Convert for securing equality. Convert for getting liberty. Convert so that your domestic life should be happy.”
This fervent appeal was part of Dr B.R. Ambedkar’s speech when he addressed members of the Mahar community in Bombay. Karnataka’s newly proposed law on religious conversion would ensure Dr Ambedkar’s incarceration if he were to utter these words in Karnataka. On December 23, last year the Legislative Assembly passed the Karnataka Protection of Right to Freedom of Religion Bill, 2021 and the Legislative Council is expected to pass the Bill in its next session.
The Bill seeks to regulate religious conversions by restricting propagation of religion and prescribing an onerous procedure to be followed by those who are keen to convert.

Suppose a religious preacher addresses people treated as untouchables and declares that unlike their religion, his religion espouses equality and does not condone untouchability; he could be guilty of allurement by ‘tempting’ them with a better lifestyle under this Bill. Also, imposing restrictions on propagation, especially regarding the possibility of a better lifestyle, infringes citizens’ fundamental right to freely receive information and make informed choices for their betterment.

A few days before the Bill was passed, Chief Minister Basavaraj Bommai described religious conversions as a ‘menace’ and a ‘disease’ which should not be allowed to grow. While the Bill may pacify certain organizations, legislators, and seers who had been vociferously demanding stringent measures to curb conversions, it is riddled with constitutional infirmities.
Also read: Why the Karnataka Protection of Right to Freedom of Religion Bill is unlikely to pass Constitutional muster

To understand the scope of freedom of religion in India, it is important to pay attention to the text of Article 25 of the Constitution. It declares that ‘all persons are equally entitled’ to freedom of conscience and the right to freely profess, practise and propagate religion. Restrictions may be imposed on this right only to protect public order, health, morality, and other fundamental rights. The term ‘propagate’ was consciously added despite vehement opposition by a few members of the Constituent Assembly who even described it as an ‘unjust generosity’.
To curb the propagation of religion, the Bill seeks to punish conversion by allurement with imprisonment up to ten years. Allurement has been defined to include tempting people with a better lifestyle and glorifying one religion against the other. Such a definition of allurement would strike at the heart of the right to freely propagate religion. The essence of propagation is expounding tenets of a religion to enlighten and attract people towards it. As highlighted by some of the framers of the Constitution, even in the absence of an explicit right to propagate religion, propagation would be protected by the right to freedom of speech and expression.
To understand the implications of criminalising glorification of a religion and promising a better lifestyle, let us take an example of a religious preacher. Suppose the preacher addresses people treated as untouchables and declares that unlike their religion, his religion espouses equality and does not condone untouchability; he could be guilty of allurement by ‘tempting’ them with a better lifestyle under this Bill. Also, imposing restrictions on propagation, especially regarding the possibility of a better lifestyle, infringes citizens’ fundamental right to freely receive information and make informed choices for their betterment.
Allurement has also been defined to include tempting people with ‘any gift or material benefit’ and even free education in institutions run by a religious body. This vague and broad definition can imperil charitable activities by religious organizations. Furthermore, it is unclear how these restrictions can be linked to protecting public order and freedom of conscience which is the official objective of the Bill. It is deeply fallacious and patronizing to assume that citizens lack the capacity to make the right decisions, and that their religious beliefs are so fragile and shallow that it only takes a gift to convert them. What impelled a person to convert should hardly matter to the State unless fraud or coercion is alleged.
Also read: Anatomy of anti-conversion laws: Parts I and II

Before examining the procedure prescribed for a legitimate conversion, it is vital to appreciate the vast protection accorded to religious choices under our constitutional scheme. The Preamble envisages liberty of belief, faith, and worship, and Article 25 enshrines the freedom of conscience and the right to freely profess and practise religion. These rights have been fortified after a nine-judge Constitutional bench of the Supreme Court, in the landmark judgment of K.S. Puttaswamy vs. Union of India (2017) held that the fundamental right to privacy protects decisional autonomy in matters of faith and religion. Most importantly, the court expressly held: “The constitutional right to the freedom of religion under Article 25 has implicit within it the ability to choose a faith and the freedom to express or not express those choices to the world.” [emphasis added]

Section 8 of the Bill stipulates that a person who intends to convert shall inform the District Magistrate (DM) at least 30 days in advance. Thereafter, the DM shall notify the general public about the proposed conversion by displaying information about it on the notice boards at the offices of the DM and Tahsildar. If anyone objects within 30 days, the DM is obligated to get an enquiry conducted about the intention and purpose of the conversion. After conversion, the converted person shall file a ‘post-conversion declaration’ in the DM’s office which shall again be displayed on the notice boards to inform the public. Once the conversion is approved, the details of the person shall be recorded in a register. Converting without following this onerous procedure attracts a jail term of one-three years.

What is striking is the blatant refusal to regard religious choices as a private affair. These provisions clearly enable and encourage State and societal interference in matters that fall within the realm of privacy. As pointed out earlier, the Supreme Court has clearly held that citizens have the right to express or not express religious choices to the world. This being the case, it is unconstitutional to mandate disclosure of the intention to convert and obtain the State’s permission to convert.

The Supreme Court has held that citizens have the right to express or not express religious choices to the world. This being the case, it is unconstitutional to mandate disclosure of the intention to convert and obtain the State’s permission to convert.

It may be argued that the proposed law intends to protect victims of fraudulent and forcible conversions. However, this does not justify viewing every conversion with suspicion and making conversions a public affair. Any restriction on fundamental rights must adhere to the standards of reasonableness and proportionality. For a restriction to qualify as proportionate, it must be narrowly tailored to meet the objective and must be the least restrictive measure. Victims of forcible and fraudulent conversions are free to complain to the police, and there are provisions under the Bill and the existing law to tackle such conversions. Therefore, the restrictions are unreasonable and disproportionate to the harm sought to be addressed.
Also read: India Needs to Overhaul Laws on Interfaith Marriage and Religious Conversion
There are several other infirmities in the Bill which include the reversal of burden of proof by stipulating that an accused is expected to prove his innocence as opposed to the State proving his guilt. At a time when moral policing and hate crimes are on the rise in the state, laws stifling religious freedom and encouraging interference in private affairs will only worsen the quality of life in Karnataka.
(Rahul Machaiah is a lawyer based in Karnataka. The views expressed are personal.)