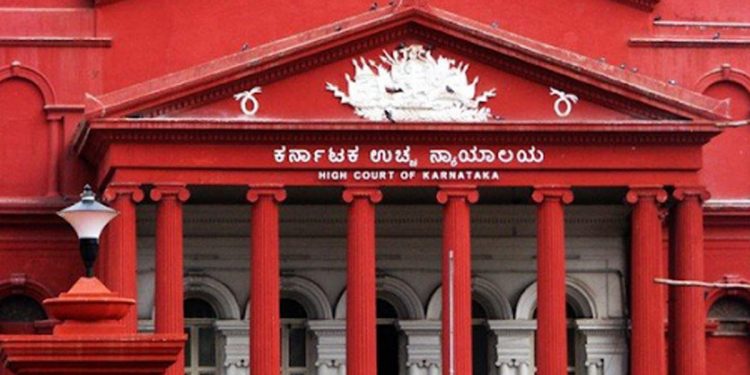 IN Karnataka, the state government, through an order to standardize uniforms across government schools and colleges, banned head scarfs (including hijab). The hijab is considered by several Muslim women as integral to their religious practice.

Article 25 of the Indian Constitution guarantees that subject to public, order, health, and morality, all people are entitled to freedom conscience, and freedom to practice, profess and propagate religion.

The important question that arises is what type of practices are protected under Article 25? To answer this question, a seven-judge Constitutional bench of the Supreme Court had devised the doctrine of essential religious practice in the Shirur Mutt case in 1954. The court in its judgment held that only those practices/rituals which are considered to be integral to a religion shall be protected, and took upon itself the responsibility of determining what is an essential or non-essential practice in religion. Now this doctrine is followed in almost all cases dealing with the right to religious practice; for example, in 1994, the Supreme Court held that the mosque is not essential to the Muslim religion, and a Muslim person can conduct namaz anywhere.

As far as the question of whether wearing the hijab is part of Muslim women’s essential religious practice, we have high court cases such as Bombay high court’s Fathema Hussain Sayed vs. Bharat Education Society (2002), whereby the court went through the verses of the Quran and stated that the hijab is not an essential part of Muslim religious practice, and on the other hand we have the Kerala High Court’s Fathima Thasneem vs. State Of Kerala (2018), whereby the court held that wearing hijab is an essential part of Muslim religion.

It is quite clear that banning the hijab by the government is excluding women from educational benefits since many women will not attend school due to their deep religious commitment to hijab and also due to family/community pressure. Further, the practice of wearing hijab is not “pernicious, oppressive, or a social evil, like sati” and hence there is no point in banning the same.

These types of judgments, in which the judges go through the essentiality of religious practice, have been severely criticized by legal and religious scholars, who question the credibility that a judge holds to decide what is essential or integral to a religion.

It is important to highlight the recent instance in the Supreme Court’s Sabarimala verdict whereby an interesting shift from traditional practice in this regard was seen, breaking the tradition of judges deciding the essentiality of religious practice by becoming theologists. In the Sabarimala case, a constitutional bench of the Supreme Court upheld the right of women to enter into the Sabarimala temple by a 4-1 majority.

Justice D.Y. Chandrachud, in his concurring opinion, pointed out that the essential religious practice test, in its present form, is quite unsustainable, and he instead used constitutional morality and Article 17 of the Indian Constitution, which talks about untouchability as an ‘anti-exclusion principle’, to nullify the practice of banning entry of women into the Sabarimala temple.

Justice Indu Malhotra, in her dissenting opinion, also did not use essential religious practice instead, holding that in matters of practice of faith, the courts should intervene only if they are “pernicious, oppressive, or a social evil, like sati”. Although her approach was fresh; interestingly she did not find the restriction of women in the temple as a social evil.

Applying the principles laid down by Justices Chandrachud and Malhotra in the instant matter of hijab ban, it is quite clear that banning the hijab by the government is excluding women from educational benefits since many women will not attend school due to their deep religious commitment to hijab and also due to family/community pressure. Further, the practice of wearing hijab is not “pernicious, oppressive, or a social evil, like sati” and hence there is no point in banning the same.

Also read: Wearing of hijab is not an essential religious practice because it is optional, says Karnataka government to HC

The Sabarimala judgment has been sent for review and interestingly, the Supreme Court will determine the validity of the essential religious practice doctrine. The courts should, in the author’s opinion, abandon the essential religious practice altogether, and adopt the perspective given by Justices Chandrachud and Malhotra in Sabarimala. The Essential Religious Practice test has no textual backing or strict guidelines, and many times is based on old biased texts with no testimonial analysis from people whose lives are directly affected. The constitutional courts of USA, Canada, and Europe, too, have established limits upon the extent to which a group or individuals can engage in religious practice that might clash with the civil law of the land, but in most parts, they have refused to impose an external point of view.

(Vineet Gupta is an Advocate from Nagpur, registered with Bar Council of Maharashtra and Goa. He is currently persuing LL.M. from the National Law University, Odisha with Consitutional and Administrative law as his specialisation. The views expressed are personal.)