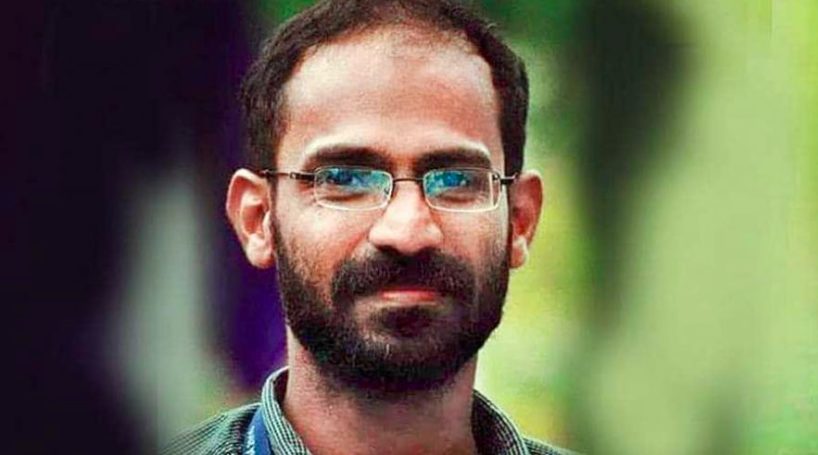 An independent journalist in India has been behind the bars for one year. His crime, as per the chargesheet filed is, reporting and writing stories only for “inciting” the Muslim community. The State’s overriding censorship over stories concerning the violation of rights, and its hunt for the journalists who report the stories are overwhelmingly discouraging for a democracy of a country. The hate campaigns against Rana Ayyub and the imposition of Unlawful Activities (Prevention) Act (UAPA) seem to acquire priority over issues such as the State’s accountability for COVID-19 deaths. The deliberate blocking of access to spots and information for the media persons — like what we witnessed in Hathras — is one step further in weakening the press and veiling the truth to suit the state’s agenda.

As for Siddique Kappan, he is a reporter and past member of Popular Front of India (PFI), who has criticised the loose policies of the central government. He was booked under UAPA immediately after he started reporting developments of the Hathras rape case in Uttar Pradesh. Sources find that Azhimukham, the news portal for which Kappan worked, now faces immense pressure to shut down as the IPS Media Foundation has halted their grants after his incrimination and had to let go 15 staff members. If this modus operandi of suppressing or controlling media and slapping UAPA on reporters continues, the future of news media as well as of democracy will be in jeopardy.

In Kappan’s case, after the media pressure and frequent requests to the chief minister of Kerala, urging him to intervene and to hold talks with the UP government for Kappan’s release, a formal notice of concern was sent to the UP government. But it has had no considerable impact yet.

With this delayed justice, it becomes important for us to look at the treatment being meted out to those who dare to ask for the state’s accountability or “inconvenient” questions. For many of those who want to take up the job of questioning the authorities to strengthen democracy, Kappan’s story might be a disheartening deterrent.

The point of departure for our discussion here is the Mathura court’s denial of bail to Siddique Kappan, despite the Supreme Court’s intervention and UP Police’s failure in producing valid evidence for the allegations against him.

Among the ‘10 most urgent’ Press Freedom cases featured in the Forbes Magazine, Siddique Kappan was alongside Rana Ayyub and Saba Naqvi from India. In addition to India’s depreciated press freedom index, incarcerating a journalist under false charges for over a year and denying him bail on the unsubstantiated ‘shocking findings’ is a farce that the UP Government has been staging over months. But this may push us to raise questions about the role of the Indian courts as well as that of Kappan’s religious identity in his incarceration.

Wills Mathew, Kappan’s lawyer explains, “Not only that the chargesheet was never produced before the court, but all of the laws were overruled and mishandled in Kappan’s case.’’ Raihana, Siddique Kappan’s wife when said that the PFI is not a banned organisation, the allegations against him now have been shifted to be connected with SIMI (Students’ Islamic Movement of India).

SIMI was formed in 1977 and was banned in 2001, again in 2008, and subsequently from 2014 and for the next five consecutive years. The then SIMI founder Dr. Mohammad Adullah abandoned the group long before in 1987 and migrated to the USA where he is professor of journalism and public relations at the Western Illinois University.

In 1991, the TADA (Terrorist and Disruptive Activities Prevention Act) court convicted the appellant of Case No.13, under section 3(5) of the TADA, which makes mere membership of a banned organisation criminal. In 2011 of its appeal, ARUP BHUYAN versus STATE OF ASSAM, the Supreme court of India remarked: “In State of Kerala Vs. Raneef, 2011 (1) SCALE 8, we have respectfully agreed with the U.S. Supreme Court decision in Elfbrandt Vs. Russell, 384 U.S. 17 (1966) which has rejected the doctrine of ‘guilt by association’. Mere membership of a banned organisation will not incriminate a person unless he resorts to violence or incites people to violence or does an act intended to create disorder or disturbance of public peace by resorting to violence.”

In United States Vs Eugene Frank Robel, the U.S. Supreme Court held that a member of a communist organisation could not be regarded as doing an unlawful act. The court also raised concerns over section 3(5) for it may violate Articles 19 and 21 of the constitution and observed:

“We respectfully agree with the above decisions, and are of the opinion that they apply to India too, as our fundamental rights are similar to the Bill of Rights in the U.S. Constitution.” In conclusion, mere membership of a banned organisation will not make a person a criminal unless he resorts to violence or incites people to violence or creates public disorder by violence.

“They alleged that transactions of crores were made from Kappan’s account, but could not submit any proof and later denied it. They are making allegations for which they cannot find any credible evidence and deny the bail without any valid reason,” says Raihana.

The Surge in UAPA Cases

The number of journalists charged with UAPA in the past five years add up to over 5,000 with a  hike of 162% in sedition cases between 2016- 2019 as per the National Crime Records Bureau.

Altogether, with the pending cases and the newly added ones from 2018, the number of UAPA cases in India has piled up to a total of 5,134 in 2019. Uttar Pradesh, which supposedly has the lowest crime rate in India (for the year 2020), has 498 number of cases arrested under UAPA in 2019.

The imposition of UAPA (Unlawful Activities Prevention Act) has been used as a tool to shut down many voices, intimidate the youth, and to specifically frame those identifying as Muslims.

Ibrahim, a 62-year-old man in Kerala, is still behind the bars for allegedly being a Maoist while his neighbours and friends continue to try for his bail, saying he has no such connections.

In the case of the journalists, however, given the hostility created by political tools such as UAPA, how is the media expected to play the role of a watchdog and do the job of speaking truth to power? And should the judiciary not play an active role in protecting the press freedom in the country?

“On August 9, 2021, Kappan’s case was expected to be listed, but hasn’t been yet,” says Wills Mathew. Under UAPA, the investigating agency has to file the chargesheet within 180 days — which, in Kappan’s case, did not take place. His mother passed away a day before the Supreme Court’s intervention. His three children and wife Raihana are still at the forefront, fighting for justice after the lower court’s refusal to grant him bail.