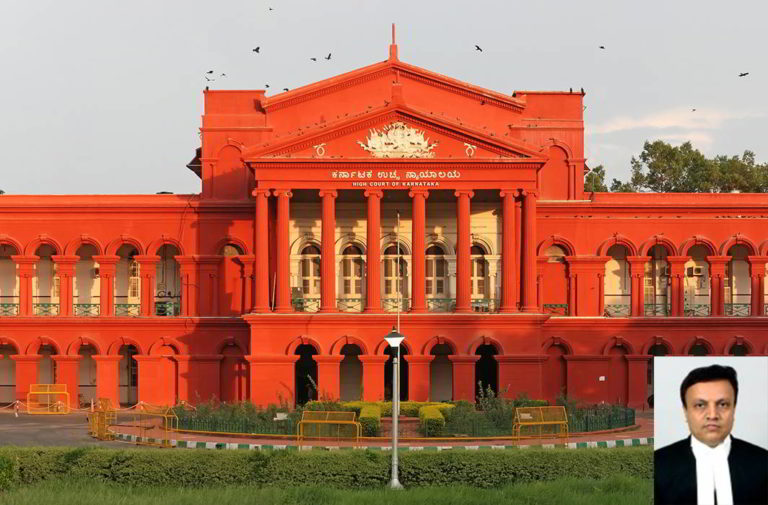 The Supreme Court Collegium while taking understandable self pride for its open functioning when it put its Resolution dated, 8th October, 2017 on the website to the effect amongst other, “THAT the decisions henceforth taken by the Collegium indicating the reasons shall be put on the website of the Supreme Court, when the recommendations is/are sent to the government of India, with regard to the cases relating to…….elevation to the post of Chief Justice of High Court….”(emphasis supplied) would have still more enhanced its worth had it at the same time given the reasons for not appointing Justice Jayant Patel the senior most judge of Karnataka High Court as its permanent Chief Justice. To me this action of the collegium has with respect embarrassed the judiciary and reminds me of Urdu couplet, “The house got burnt with its own house lantern” is a loose colloquial translation of the Urdu couplet namely “Ghar Ko Aag Lag Gai , Ghar ke Chirag Se”, which shockingly hit me when I read of resignation of Justice Jayant Patel of Karnataka High Court.

Justice Jayant Patel, while he was the acting Chief Justice in the Gujarat High Court, directed CBI investigation in to Ishrat Jahan fake encounter case, which involved the name of Amit Shah, who was then the Home Minister of Gujarat and who is now the President of BJP. All of a sudden Justice Jayant Patel was transferred to High Court of Karnataka in February 2016.

One can appreciate Justice Patels anguish and even more his resentment at this unexplained action of the collegiums, so he sent in his resignation to the President. Both Karnataka High Court and Gujarat High Court Bar Associations held protest and boycotted the courts for a day.

In order to justify the cancellation of transfer of Justice Patel to Mumbai High Court and then transfer to Allahabad High Court immediately thereafter a feeble explanation was got published in the newspaper that in Allahabad he would rank higher than he would have been in Mumbai High Court, (as if the injustice of being denied rightful claim to be the Chief Justice could in any way be lessened).

Justice Patel lived upto the reputation of sitting judges when notwithstanding this grave provocation he refused to answer questions as to the reason for his resignation, citing “institutional discipline”

We should be all praise for Justice Patel’s dignified response. But this question touches the serious issue of independence of the judiciary and the functioning of the collegium’s system. Therefore uncomfortable questions must be asked by the legal fraternity, and those with all respect, must be answered by the collegium in detail because it is well established that the Bench and Bar are the two wheels of same chariot, and any deformity in either of them can only spell the ruin of administration and independence of the Judiciary. More so now that the collegium has decided to swing the pendulum to the other extreme of recording reasons why it has declined to promote the senior most judge to the office of Chief Justice and sharing it with the public.

May I in this case make a wild guess – could it be that the executive which was bent on harming Justice Patel felt that (in case of Justice Patel agreeing to go to Mumbai) he will at least be in more familiar surroundings, as there is a strong link between Mumbai and Ahmadabad. But as the viciousness of Modi government was determined to keep Justice Patel isolated, which he would be if he were to be sent to Allahabad, a place probably where he may not have gone throughout his life. I feel sad that Executive could have been able to use such an influence on the collegium – may be I am mistaken. If so, a greater reason for the collegium to make those reasons known to public, especially to the Supreme Court Bar Association and other Bar Associations, (especially Karnataka High Court Bar Association.) and Bar Council of India.

This is not in any way provocation for confrontation with the collegium. It is only in recognition of the fact that this incident has shaken the whole Bar in India and all aspects of this case should be publicly disclosed and discussed.

I would therefore suggest that Supreme Court Bar Association and Bar Council of India take the lead and jointly discuss out this matter with the Supreme Court collegium to prevent patent arbitrariness, which will make the Executive decision supreme thus harming irretrievably the independence of judiciary.

I hope the judges do not take offence and make it a matter of undue superiority and take the stand that this matter, notwithstanding that it has disturbed the whole Bar of India, it will not discuss it with the Bar because it is its sole privilege. May I in all humility submit that this assumption proceeds on the belief that the judges are immune to human frailties even while making non-judicial decisions (such as appointments and transfers). This self-glorification is not accepted even by members of the judiciary itself vide expostulation of Justice Frankfurter of the US Supreme Court that “all power is of an encroaching nature. Judicial power is not immune to this human weakness. It must also be on guard against encroaching beyond its proper bounds and not the less so since the only restraint upon it is self-restraint”.

The former Chief Justice AS Anand, reminded the judges that though “our function is divine, the problem begins when we start thinking that we have become divine”.

If I sound a bit harsh, I can only invoke the caveat of Justice Holmes of the U.S. Supreme Court, who said, “I trust that no one will understand me to be speaking with disrespect of the law because I criticize it so freely…..But one may criticize even what one reveres…..And I should show less than devotion, if I did not do what in me lies to improve it.”