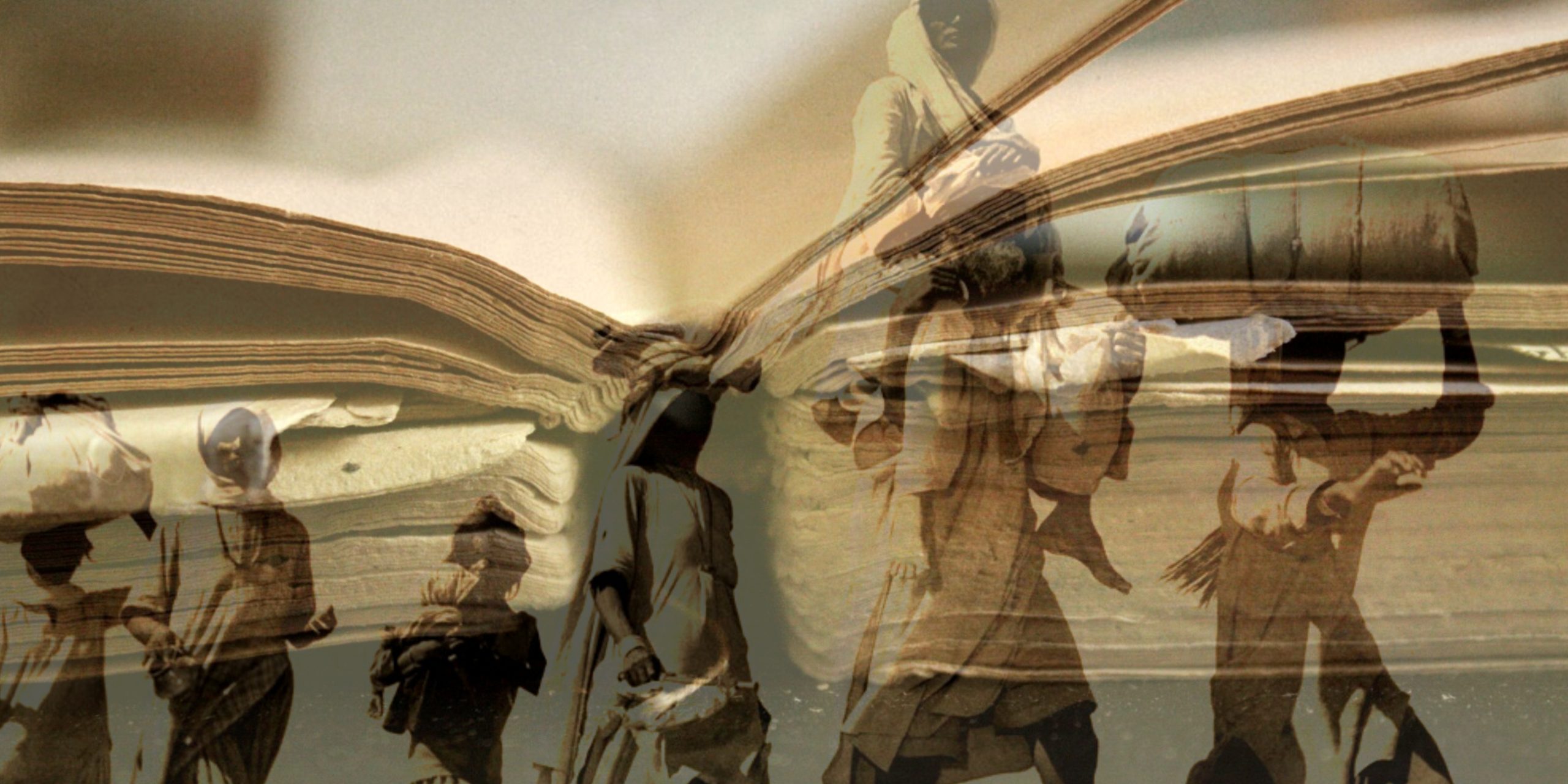 Issues, trends and concerns in historical writing on Partition and Independence

The politics of the historical writing on Partition and Independence is of deep concern, denying legitimacy to the secular, nationalist, anti-colonial movement. By implication, the claim of the imperial power to have brought about unity to a diverse subcontinent is accepted.

TODAY, as our country turns 75, there is a wave of assessments of how we have fared. As a historian of the politics of the twentieth century, I thought it best if I took a look at the trends in the historical writings on the Partition and Independence of India.

Preoccupation with partition sometimes tends to eclipse the hugely important and indeed revolutionary nature of the transformation that marked the end of colonialism in 1947.

While their contribution is invaluable in drawing attention to various aspects of this colossal tragedy, I believe that this preoccupation with Partition sometimes tends to eclipse the hugely important and indeed revolutionary nature of the transformation that marked the end of colonialism in 1947. It is indeed ironic that the flag of a critique of colonialism is kept aloft by popular books and public debates, rather than academic writings on the subject; Parliamentarian and writer Shashi Tharoor being a case in point.

Also read: How Partition can be an invaluable lens to approach minority rights guaranteed by the Constitution of India

Rather than counter-posing Independence with Partition and vice-versa, I believe that the two were twin phenomena. If Independence reflected the success of our freedom struggle in bringing together different social groups to make a nation, Partition implied the weakness of our freedom struggle in that a relatively smaller number of Muslims were drawn into this nation – to the extent that some responsibility for partition devolved on to the Indian National Congress.

This begs the question: who was responsible for the partition of the country. Colonial writings, both by officials and by later day historians, advanced the view that Partition was the result of the centuries-old divide between Hindus and Muslims. Colonial historians claimed that the British in India tried to bring about unity between communities but could not succeed. This was rejected by the nationalist historians, who placed the responsibility for Partition on British rule, in particular on its policy of divide and rule. From the left standpoint, some writings presented Partition as the cost paid by the people for the deal struck by the Indian national movement, led by the bourgeoisie, with the imperialist power.

I have no doubt in my mind that Partition was clearly the culmination of the policy of divide and rule pursued by the colonial State in its strategy of countering our national movement. To this effect, the establishment of the Muslim League was encouraged, as an organisation which would work as a counter to the Congress. When the Muslim League came up with the demand for a separate homeland for the Muslims in 1940, the colonial State encouraged this demand despite being aware of the danger it posed to Indian unity.

On the Congress side, the weaknesses were of omission rather than commission. The Congress leaders did not wage a struggle against communalism until it was too late. When civil war enveloped large parts of the country in the spring of 1947, the leaders of our freedom struggle accepted Partition as a measure which would end the violence and give the Indian people some more time to work for unity. Mahatma Gandhi appealed to his countrymen to not accept Partition in their hearts. However, not only did Partition become a reality, communal forces dealt a second blow within six months of August 15, 1947 in the assassination of the Mahatma.

Also read: Thoughts on Independence Day: My family had home in Karachi, will I too be asked to go back to Pakistan?

Analysis of academic work on Partition

Coming to the writings on Partition, academic works on the subject were published with the opening up of the archives and collections of private papers of the leaders.

In the beginning, scholars concentrated their attention on the reasons behind the withdrawal of the British from India. The very title of the book, ‘Escape from Empire’ (1983), suggests that the British wanted to withdraw from India as it had become a liability by the end of World War II.

Other books took up the issue of Partition, beginning with British historian and media consultant David Page’s book, ‘Prelude to Partition’ (1982). From Cambridge University Press came the book, ‘The Sole Spokesman’ (1985), on the founder of Pakistan, M.A. Jinnah and the demand for Pakistan, by Pakistani-American historian Ayesha Jalal. It argued that it was Congress which wanted Partition; Jinnah did not want it. It was asserted that Jinnah put forward the demand for Pakistan only as a bargaining counter to get better representation for Muslims at the Centre.

International affairs analyst Anita Inder Singh’s significant work on the origins of the Partition of India, published in 2006, contradicted Jalal’s assertion that the Pakistan demand was kept vague as it was merely a bargaining counter. Singh shows that in fact the resolution of the Muslim League at Lahore in March 1940 was clear that Pakistan would be a sovereign State.

The conception of Hind as a cultural and political entity goes back to the medieval period.

Another important book was by historian Salil Misra on the communal politics of the crucial United Provinces during the 1930s when the League, under Jinnah, adopted a strategy of mass communalization of politics after its poor showing in the Indian provincial elections of 1937.

Misra and Singh both contradict a popular myth about the partition, namely that it could have been avoided if the Congress had formed a coalition government with the Muslim League in U.P. in 1937. Both show why this was a non-starter. For one, the political and class interests of the followers of the two parties were extremely different. Secondly, Jinnah withdrew approval of the coalition talks. This dispels the popular belief that India’s first Prime Minister Jawaharlal Nehru was the one who had asked the Congress leaders to step back.

For Bengal, academic Rakesh Batabyal’s path breaking work weaves an extremely complex and nuanced story of communalism and its spread in the crucial years between the terrible famine of 1943 and the communal riots in Noakhali in late 1946. It is a narrative and explanation which helps us question the Cambridge thesis on Bengal.

The Indian-born historian Joya Chatterji extended Jalal’s thesis to Bengal, making the argument that it was the Bengali Hindus, in particular the bhadralok, who were behind the partition, rather than the Bengali Muslims. Historian Neeti Nair advanced an argument similar to Jalal and Chatterji for Punjab in this period, putting forth the view that it was Punjabi Hindus who demanded partition of their province. The idea of the partition of Punjab is traced back to the freedom fighter, politician and author Lala Lajpat Rai as early as 1924. Recently, historian K.L. Tuteja’s comprehensive work on Hindu communalism in the Punjab has decisively dismissed this interpretation of Lajpat Rai’s 1924 treatises.

Nationalism was questioned from another direction, namely by subaltern historians advancing ‘history from below’ to counter what they saw as the prevailing ‘history from above’. Imperialism, nationalism and communalism were dismissed as grand narratives and a case was made for a people’s history drawing more on memory and creative writing.

In ‘Remembering Partition’ (2001), historian Gyanendra Pandey was extremely critical of the existing writings on the Independence of India for subordinating Partition to Independence. More problematic was Pandey’s misrepresentation of the nationalism of Congress leaders as communalism. No one is spared in this depiction, including Nehru, who is shown as being insensitive to the suffering of the Muslim victims of the Garhmukteshwar riots in the United Provinces in late 1946.

Nehru, the universally recognized custodian and defender of the rights of the beleaguered Muslim minority on the morrow of August 15, 1947, is missing in Pandey’s history. If only such interpretations remained confined to the academic domain, the matter would remain the limited concern of our tribe. However, it appears to me that they may give legitimacy to the spate of unfounded attacks on Nehru under the current ruling dispensation, including the ones on social media that have burgeoned in recent years.

What the politics of historical writing on Partition denotes

The politics of the historical writing on Partition and Independence is of deep concern. Clearly, the Cambridge school and the subaltern historians share common ground in denying legitimacy to the secular, nationalist, anti-colonial movement. By implication, then, the claim of the imperial power to have brought about unity to a diverse subcontinent is accepted.

Even a celebrated British Marxist like the historian and writer Perry Anderson writes that the idea of India was a European and not a local invention. He credits the British with uniting a divided subcontinent into a single political realm for the first time in its history. This is no different from the argument made by colonial officials and imperialist writers that unity was a gift of the British. As historian Irfan Habib has said, the conception of Hind as a cultural and political entity goes back to the medieval period. An example was that of Amir Khusro, the famous poet belonging to the 13th century, who heaped lavish praise on the land of Hind in his composition Nuh-i-Siphir.

One of the most important aspects of Independence, the breaking away from colonialism, is marked by the recovery of the self, of the psyche of the colonized people. Sadly, 75 years on, we do not seem to have achieved success in this task. I wonder if we have even engaged actively in this task. There were brief periods of building independent institutions which fostered anti-colonial schools of history, as in the Jawaharlal Nehru University in the 1970s.

That promise flickers as our most promising students head to intellectual climes where colonial historical writing prevails, and public universities wobble under assault from the communal and neo-liberal ruling regime. It is not surprising, then, that colonial interpretations prevail in the academic and popular domain as well as the communal interpretations of history complicit with them.