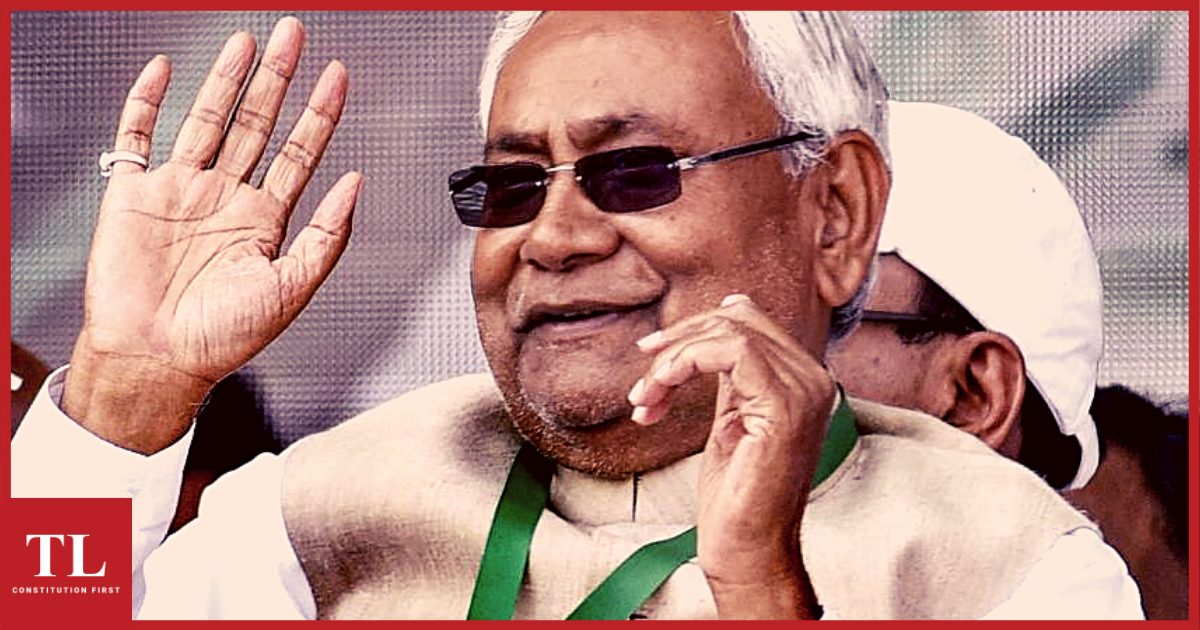 Is Bihar a Police State in the Making?

Great power means greater discretion. This is why a new law cleared by the Bihar Legislature to set up an armed police force similar to the Central Industrial Security Force risks citizens’ right to liberty. People elect their representatives, who should not foist armed forces on them who can arrest and search them without warrants and also evade prosecution. MD TASNIMUL HASSAN explains what is at stake.

ON 27 February, Chief Justice of India SA Bobde praised the Chief Minister of Bihar, Nitish Kumar, for his “deep insight into the purpose of law, the purpose of the courts and his interpretation of the principles of theory of the separation of power without mentioning it.”

On the contrary, when on 23 March the Bihar legislature enacted the Bihar Special Armed Police Bill, 2021, it fuelled massive protests and violence for it can potentially deprive individuals of their precious liberty. Yet this Act is set to receive the Governor’s assent.

The earlier BMP, governed by the Bengal Military Police Act, 1892, would now stand repealed. According to a press release issued by the Bihar government, the act seeks to develop an armed force that has expertise in catering to the larger interest of the state.

It is apparently the state government’s belief that deploying such armed police units will help Bihar attract capital investment, promote industries, and protect and safeguard places of historical and cultural importance and promote tourism.

What does the Act seek to achieve?

The most controversial provision of the Act is section 7, which provides that any Special Armed Police Officer entrusted with securing an establishment may, without a magistrate’s order or warrant, arrest any person who causes, threatens to cause, or attempts to cause harm to an employee of the establishment or the officer himself.

Further, any person can be arrested either based on “reasonable suspicion” or if they commit or attempt to commit a cognizable offence.

Section 8 provides for any Special Armed Police Officer to detain a person even on the basis of “reason to believe” that an offence has been or is being committed. He would have the right to search the offender and his or her belongings and arrest them.

Another contentious provision is in section 15, which grants immunity to the personnel who are involved in cases by barring courts from taking cognisance of any complaint against them.

The state government’s press statement mentions the punishable offences under this Act (relating to internal acts of gross indiscipline or insubordination). Accordingly, a court shall take cognizance of an offence committed by a BSAP officer only with the prior sanction of an officer authorised by the government and a report.

This boils down to a situation in which the police can arrest anybody, whenever they want, and they would not even be liable for their actions unless the government wants them to be.

Why is the Act problematic?

Article 246 of the Constitution puts “police” in the State List of the Seventh Schedule, while Article 312 establishes the Indian Police Service. Therefore, it is the state governments that are empowered to maintain the police force for the sake of “public order”.

Traditionally, the task of the police has been to prevent, investigate, and prosecute offences prescribed under statutes such as the Indian Penal Code, 1860. Yet, the Bihar Act, as it deals with a special police force or military police, is on par with the Central Industrial Security Force Act, 1968.

The CISF Act empowers members of the CISF to arrest and search any person without a warrant (sections 11 and 12). The power to arrest without a warrant and conduct searches is already available to the state police through sections 41 and 165 of the Code of Criminal Procedure, 1973.

The new Bihar Act gives this power to the BSAP expressly, to secure notified premises, though it does make it mandatory to hand over the arrestee to a police officer or nearest police station (section 9).

The state government’s moves are reminiscent of the views of Walter Wheeler Cook, an early 20th-century American legal theorist. He began his seminal 1907 paper on “What is the Police Power?” with the words: “No phrase is more frequently used and at the same time less understood than the one which forms the subject of the present discussion.”

Put another way, the Bihar government does not acknowledge that when enforcement agencies are given untrammelled powers, they also exercise unprecedented discretion. They can arrest or not arrest, search or not search, anyone they choose. That is why such a force is antithetical to the principle that the actions of the State should not be arbitrary or unreasonable.

The new Bihar Act gives the BSAP express powers to arrest and detain people while securing notified premises. However, it does make it mandatory for the arrestee to be handed over to a police officer or nearest police station.

The Act places an undue burden on ordinary individuals, who could end up being subjected to extreme abuse of power. The value of their freedom is reduced to the “reasons to believe” and “thoughts” of a BSAP official.

Are we moving towards a police state?

In free societies, any individual can generally assume that due process of law or procedure established by law exists. So, a law passed by the legislature is valid if it has followed the correct procedure, even though a person can be deprived of life or personal liberty according to the legal procedures.

This doctrine checks if a law can truly deprive a person of their life or personal liberty while also ensuring the law concerned is just, fair, and reasonable. However, once individual rights are neglected by the state, tyranny overpowers freedom.

This is why Article 21 of the Constitution protects the right to life and personal liberty of every individual and reminds the state and people of the requirement to follow procedures established by law.

That said, the police in India are seen as “overstretched, poorly trained and politicised” and counted among the world’s weakest. The Supreme Court, in Prakash Singh vs Union of India (2006), directed the states to establish police complaint authorities at the state and district levels so that binding criminal action can be taken against a delinquent police officer.

The Act places an undue burden on ordinary individuals, who could end up being subjected to extreme abuse of power. The value of their freedom is reduced to the ‘reasons to believe’ and ‘thoughts’ of an armed policeman.

However, the directions of the Supreme Court have fallen on deaf ears. Training and better working conditions for the police force must be encouraged instead of giving them the power to arrest, more or less on a whim. Otherwise, there is not a doubt that the BSAP would be accused of rampant abuse of power, just like the Enforcement Directorate or the National Investigation Agency are.

This would deprive people of their liberties and increase the burden on the state in the form of litigation that challenges such actions. Hence, Bihar is a police state in the making, unless it amends the law to respect personal liberty.

(Tasnimul is studying law at Jamia Millia Islamia, Delhi. He is a part of the South Asia Students For Liberty’s Fellowship For Freedom in India. The views expressed are personal).