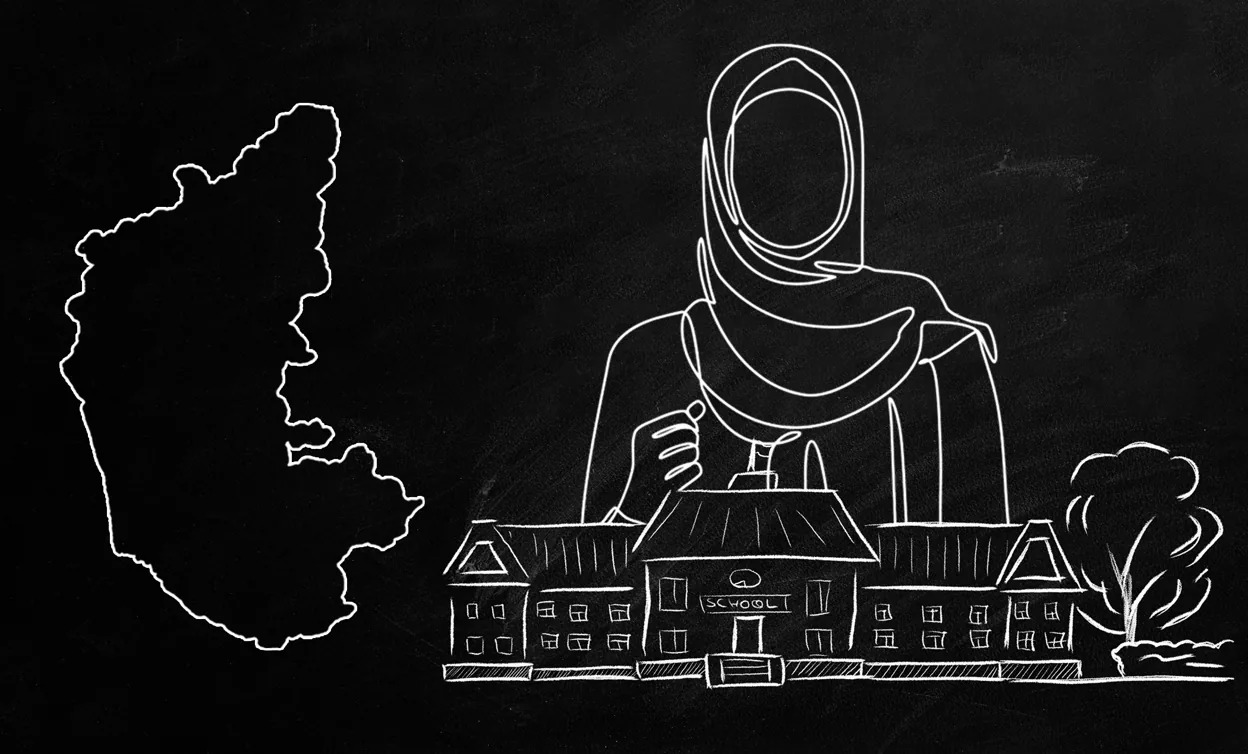 Interpreting hijab: why only through ‘essential practices’ doctrine?

THE Hijab issue in Karnataka has received lots of public attention throughout the country. I see this issue strictly within the constitutional law perspective. The practice of hijab can be examined firstly within the ambit of right to life under Article 21, read with freedom of ‘expression’ under Article 19 of the Constitution. Ideally, only at the second stage, right to practice religious faith under Article 25 can be invoked. If one gets into the right under Article 25, the essential practice doctrine, developed by courts, comes in. Consequentially, as per the ambit of rights, to be defined by the courts, under these Articles, rules or statutes framed by government authorities will operate.
The term ‘Public Order’ has a wide connotation, and is common to all rights under the above stated Articles. When it comes to giving a contextual definition while interpreting the right to practice religion, it must be applied to regulate those practices only which harms others, and not on the basis of perceived notion to bring ‘uniformity’ in public places. There are various practices, which courts have accepted as essential to the religion and are practiced on the same premises. Hence, ‘uniformity’ itself is a flexible term like the concept of ‘public order’.
Also read: Ban on hijab flies in the face of legal precedents

What the Supreme Court has said

Right to life under Article 21 is defined to mean ‘life with human dignity’ and ‘quality of life’. Thereafter, the ambit of this right takes us to the ‘right to privacy’ in the Supreme Court’s nine judges’ Constitutional bench Puttaswamy judgement of 2017 to state that “constitutional precepts exist in unity to facilitate a human and compassionate right so that the collective wellbeing of the community is determined”.  It also made privacy as ‘essential’ to human dignity as an Article 21 right.
We are a diverse country. Our daily practices are diverse. Our eating patterns are diverse, as are our standards of education, books, health facilities, ways of worship, living in public, and so on (many of them are regulated with State action). We should be proud to acknowledge the diversity of our citizens in public spaces rather than condemning it.

The term ‘Public Order’ has a wide connotation, and is common to all rights under the above stated Articles. When it comes to giving a contextual definition while interpreting the right to practice religion, it must be applied to regulate those practices only which harms others, and not on the basis of perceived notion to bring ‘uniformity’ in public places.

Since 1954 in Shirur Matt, the Supreme Court has stated that only ‘essentials and ‘integral’ parts of religion can be protected under Article 25 in public space. The same argument appears to be dominant in the Hijab issue.  This ‘essential practice’ doctrine has been subject to criticism because the philosophies of religion differ, and diverse followers of a particular religion have different ways of understanding the belief system. Accordingly, practices differ, based on an understanding of a believer, and cannot be expected to be uniform everywhere.
Even during the scrutiny as to whether a practice is ‘essential’ or not, the courts have sometimes given narrow definitions of ‘essentials’ of a religion to restrict a practice but have also given ‘expansive’ definitions to permit the same.
Also read: Udupi college hijab ban: the uniform of uniformity
Courts have identified the essentiality of religion by applying different parameters. These have become grounds to plead violation of Article 14.
Secondly, as stated in multiple judgments earlier, starting from Shirur Mutt, it is the ‘community’ which enjoys complete autonomy to decide as to what rights and ceremonies are essential according to the tenets of the religion. I would say, ‘community’ would indicate a concerned ‘religious’ community. Hence, it is time for the courts to relieve itself from examining the components of ‘essentials’ to religion and belief.

Coming back to Article 21 rights, hijab is a personal matter of ‘choice’ of wearing clothes in order to maintain high quality ‘decency’ and ‘civility’ in public life, considering the belief system of the practising person. Hijab to cover head and neck cannot and should not be considered as an ‘indecent’ act or reason to cause harm to any other student in the school.

“Public order” and “unity” cannot be defined in order to create an emotional tool to encroach upon the non-harming practice of others, based upon individual freedom and liberty, whether the said exercise of freedom is relatable to “culture”, “widely practiced way of living” or for that matter relatable to religious belief or practice.

Religious beliefs and observing faith, may or may not be the reason to practice the hijab way of ‘decency’ and ‘civility’, but at the same time the State, while determining the term ‘public order’, is required adopt a reasonable approach and have impartial view as to whether a particular practice of an ‘outlook’ is harmful for others or not.
Also read: The legitimacy of hijab in public institutions: an explainer
For a Muslim woman, this practice of wearing hijab is a non-harmful way to “unveil” her in public space, based upon her own idea while maintaining “unity”, “equality” and “public order”. These terms have always been subject to being defined in the larger interest of individual freedom while considering the fact that the said definition never encroaches upon the rights of others in “public space”. “Public order” and “unity” cannot be defined in order to create an emotional tool to encroach upon the non-harming practice of others, based upon individual freedom and liberty, whether the said exercise of freedom is relatable to “culture”, “widely practiced way of living” or for that matter relatable to religious belief or practice. It is immaterial to see from where the practice has originated. After all, hijab is a matter of covering certain parts of the body and not otherwise, and hence the issue of public order must be understood in that background. Establishing a procedural regulation to regulate “public order” cannot frustrate an individual’s right to life and liberty with “dignity”.
The concepts of ‘public order’, ‘equality’, ‘uniformity’ and individual’s basic freedom without harming others, have to be examined considering the recent developments in the field of constitutional rights of an individual, rather than only focusing on the issue of ‘essentiality’ and ‘integrality’ of practice in Islam.
(M.R. Shamshad is an Advocate practicing at the Supreme Court of India. The views expressed are personal.)