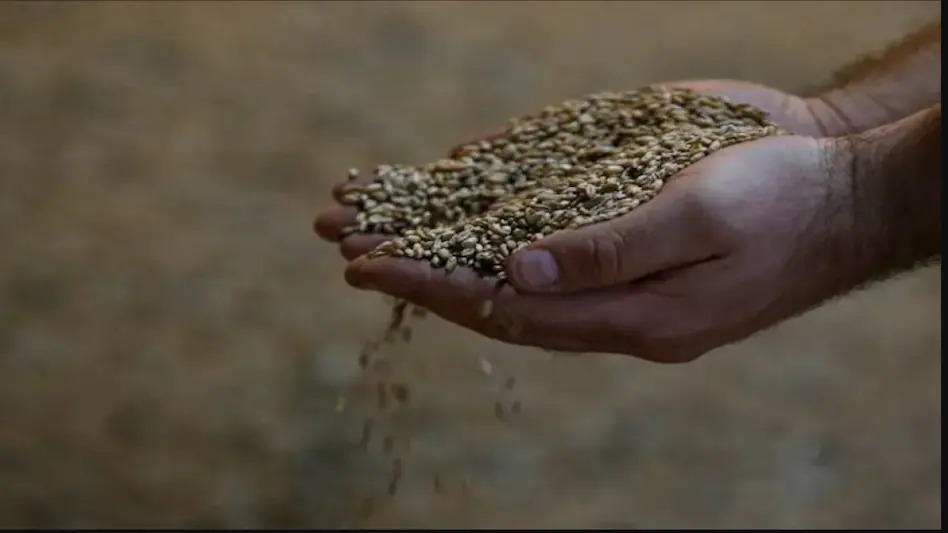 India’s poor rank in the Global Hunger Index is not only against the Supreme Court’s judgements that made the right to food an integral part of the right to life, Article 21, but also violates international laws on the right to a standard of living adequate for the health and well-being, including food, writes ANINDA DEY.

THE Vishwaguru’s ignominious ranking of 101 out of 116 countries in the 2021 Global Hunger Index (GHI)  is an anomaly considering its claims of possessing the sagacity of a world teacher. With a GHI score of 27.5, which is serious, the 2021 report—prepared jointly by Irish aid agency Concern Worldwide and German organisation Welt Hunger Hilfe—has termed the level of hunger in India “alarming”.

The right to food is an inalienable right—whether it is in a democracy or an autocracy or a dictatorship. An abysmal ranking that is only 15 ranks short of the bottom shows how not only this essential right but even Supreme Court judgements, provisions of the Constitution and international laws have been disrespected by successive governments in India.

The Constitution ensures the right to food

Article 21, the cornerstone of the Constitution, states that “no person shall be deprived of his life or personal liberty except according to a procedure established by law”. The provision does not merely connote an animal-like existence; it has wider interpretations, including the right to have a dignified life, which naturally means the right to food and a livelihood. A life without food and other bare necessities connotes animal existence.

Read along with Article 39(a), which directs the State to ensure that all citizens have “the right to an adequate means of livelihood” and Article 47, which makes raising “the level of nutrition and the standard of living and to improve public health” a State duty, Article 21 “embodies a constitutional value of supreme importance in a democratic society”, observed Justice P. Bhagwati in the Supreme Court’s judgment in the case of Francis Coralie Mullin vs. The Administrator (1981).

Though these two Articles, being part of the Directive Principles of State Policy, are not enforceable in court, they could be enforced as expressions of Article 21. In January 2003, the National Human Rights Commission (NHRC) said during the proceedings of a hearing that the expression ‘life’ in Article 21 “has been judicially interpreted to mean a life with human dignity and not mere survival or animal existence”.

Stressing that the right to food is inherent to a life with dignity, the NHRC said that Article 21 should be “read with Articles 39(a) and 47 to understand the nature of the obligation of the State in order to ensure the effective realisation of this right” and to place the issue of food security in the correct perspective, making “the right to food a guaranteed fundamental right which is enforceable by virtue of the constitutional remedy provided under Article 32”.

Supreme Court judgements on the right to food

Questioning whether the right to life applies only to protection of limbs or faculties or embraces something more, the Supreme Court in Francis Coralie Mullin observed: “We think that the right to life includes the right to live with human dignity and all that goes along with it, namely, the bare necessaries of life, such as adequate nutrition, clothing and shelter …”

In M/S. Shantistar Builders vs. Narayan Khimalal Totame (1990), the top court observed that food, clothing and shelter are the basic needs of man. The right to life, which is guaranteed in any civilised society, “would take within its sweep the right to food, the right to clothing, the right to decent environment and a reasonable accommodation to live in”, the court stated.

The court further made its stand clear on how important the right to food is in a civilised society in Chameli Singh vs. State Of U.P on 15 December (1995). Observing that the right to live in any civilised society “implies the right to food, water, decent environment, education, medical care and shelter”, the Supreme Court said: “These are basic human rights known to any civilised society. All civil, political, social and cultural rights enshrined in the Universal Declaration of Human Rights (UDHR), 1948, and Convention [International Covenant on Economic, Social and Cultural Rights, 1966] or under the Constitution of India cannot be exercised without these basic human rights.”

The landmark public interest litigation (PIL) ‘PUCL vs Union of India and Others, Writ Petition (Civil) 196 of 2001’, resulted in the top court incorporating the right to food into Article 21, changing it into a justiciable and enforceable fundamental right.

In April 2001, when the PUCL filed a writ petition on the right to food before the Supreme Court, the granaries were overflowing while hunger in drought-hit areas was increasing. Later, the case was extended to chronic hunger and undernutrition, and all the states were added to the list of respondents.

The PIL argued that since food is necessary for survival, the right to food is an implication of Article 21. The Centre and the states had violated the right to food by not responding to the drought despite storing massive amounts of food grains, the PIL contended, adding that the public distribution system had broken down.

The Supreme Court clearly stated that the right to food is a constitutional right and determined a basic nutritional floor for the millions of poor Indians. In subsequent years in its interim orders, the court reconfigured specific food schemes into legal entitlements and specified the minimum allocation of food grains and supplemental nutrients for the poor. The National Food Security Act (NFSA), 2013, was the result of the Supreme Court’s momentous decision.

In interim orders in May and October 2002, the court defined the responsibilities of the Centre and states in preventing hunger and starvation since it is the primary responsibility of any government. As per the orders, the food ministry, the ministry of rural development and the department of women and child development were to be held responsible for any violation, while at the state level, the chief secretary was tasked with the responsibility of preventing hunger and starvation.

Mentioning the nationwide impact of the apex court’s orders, Colin Gonsalves, the counsel for PUCL, had said: “After the judgment … the right-to-food campaign has taken off with hundreds of groups joining the campaign. Take the Mid-Day Meal Scheme. The programme had virtually closed down. But after the order, the mid-day meal has been restarted in six to eight states.”

In a judgement in June this year, the top court again stressed that Article 21 could be interpreted to include “the right to live with human dignity, which may include the right to food and other basic necessities”.

On the plea of activists Anjali Bharadwaj, Harsh Mander and Jagdeep Chhokar, who had sought implementation of welfare measures for migrant workers who faced a harrowing time during the curfews and lockdowns as the second COVID wave ravaged India, a bench of Justices Ashok Bhushan and M.R. Shah of the apex court said that every state and government should provide food security to impoverished persons.

“There has been worldwide awareness regarding the right to food for human beings. Our country is no exception. Lately, all governments have been taking steps and measures to ensure that no human being should be affected by hunger and no one dies out of hunger. The basic concept of food security globally is to ensure that all people, at all times, should get access to the basic food for their active and healthy life,” the court observed.

International law on the right to food

India’s low ranking in the index is also violative of India’s international law obligations relating to the right to food. Article 25(1) of the UDHR states that “everyone has the right to a standard of living adequate for the health and well-being of himself and his family, including food, clothing, housing, medical care and necessary social services”.

Similarly, Article 11(1) of the Covenant recognises “the right to everyone to an adequate standard of living for himself and his family, including food, clothing, housing and to the continuous improvement of living conditions”.

The Committee on Economic, Social and Cultural Rights (Committee on ESCR), in its General Comment 12 of 1999, stated that the right to adequate food is “realised when every man, woman and child, alone and in community with others, has physical and economic access at all times to adequate food or means for its procurement”.

The Committee on ESCR defined the State’s obligation when the Food and Agriculture Organization Council adopted the Right to Food Guidelines in November 2004. “Governments must pro-actively engage in activities intended to strengthen people’s access to and utilisation of resources so as to facilitate their ability to feed themselves. As a last resort, whenever an individual or group is unable to enjoy the right to adequate food for reasons beyond their control, states have the obligation to fulfil that right directly,” the Committee stated.

Despite the Supreme Court’s rulings and our international law commitments making it obligatory for governments to ensure the right to food, India is lagging behind its neighbours Pakistan, Bangladesh and Nepal in the 2021 GHI.

The NFSA is intended to cover nearly two-thirds of the country’s population with 75% of rural and 50% of urban population entitled to receive highly subsidised food grains under the Antodaya Anna Yojana (AAY) households and Priority Households (PHH). The Act entitles 35 kg of food grains per AAY household per month along with 5 kg per PHH person per month.

The conundrum of wastage of food grains and millions going hungry continues. According to data released by the Union Ministry of consumer affairs, food and public distribution, at least, 1,571 tonnes of food grains was wasted between April and September 2020, when hunger and starvation plagued India due to the harsh lockdown.