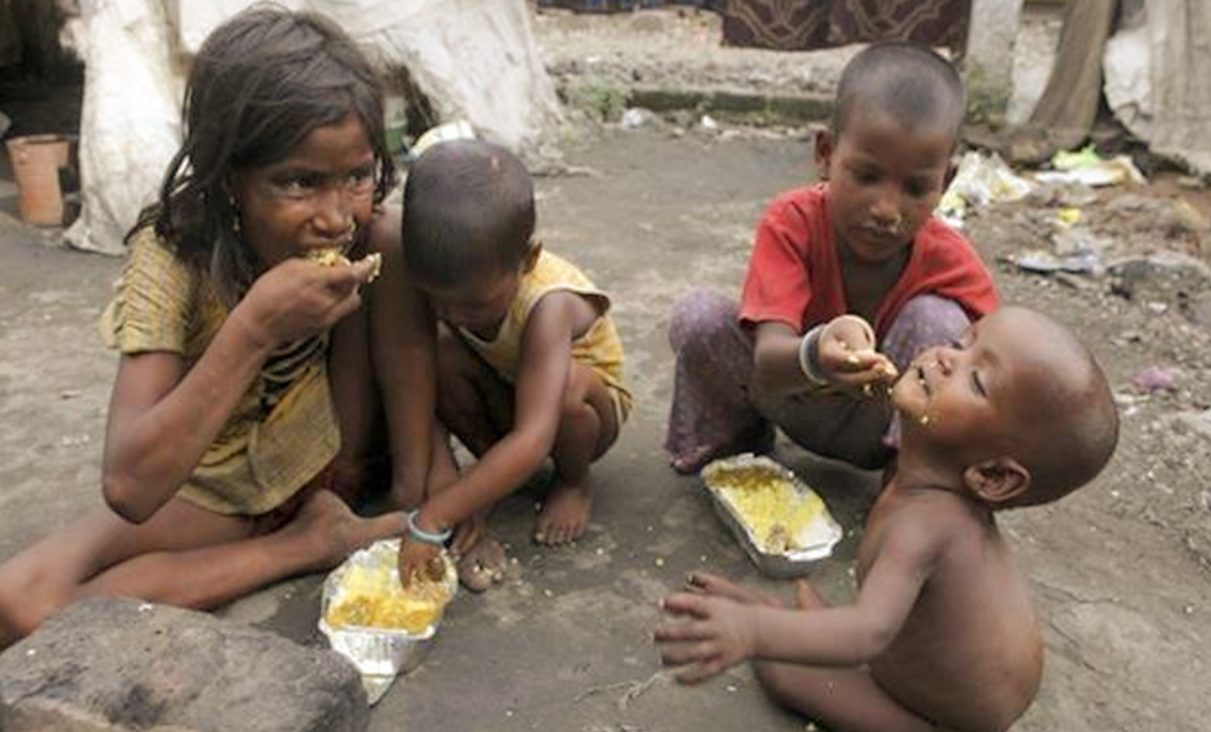 As millions of Indians are pushed into poverty, lack of data by government makes it difficult to gauge the situation at hand writes GYAN PATHAK.

M
ILLIONS of people are reversing back into poverty in India and million others are being pushed into extreme poverty.

The World Bank report on ‘Poverty and Shared Prosperity 2020: Reversals of Fortune’ has specifically mentioned this trend, that has been accelerating in the COVID-19 era. Moreover, the efforts of putting poverty reduction and development back on track is being hampered in terms of proper planning and implementation, due to concealing of real data by the government of India. Lined-up poverty estimates for South Asia not reported for 1997-2001 and after 2014 because of lack of population coverage, the report said. Incidentally, most of the unreported years are marked by BJP rule first during ‘Shining India’ and now under ‘Good Days’.

“Lack of recent data for India severely hinders the ability to monitor global poverty,” the report stated. The last year for which global poverty was reported is 2017, and the series published for South Asia was interrupted in 2014, whereas for all other regions it extends to 2018. Under crisis conditions, such as we are undergoing presently reliable poverty data are even more important for guiding response and recovery policies, the report has emphasized.

Measuring poverty in India without recent data has been a very difficult task for all who are concerned with “eradication of poverty”.

It is important to reiterate here that India is one of the economies with the largest population of extreme poor. COVID-19 lockdowns, containment measures, anti-working class and anti-farmer policies, insufficient economic stimulus packages to revive the economic activities etc have further worsened the poverty level.

Measuring poverty in India without recent data has been a very difficult task for all who are concerned with “eradication of poverty”.

The Modi government is least concerned about it.

Under their misrule and policy experimentation poverty level increased day by day. A data was collected by National Sample Survey Organization, which represented a disturbing level of poverty in the country. The Modi government held up the data on ground of low quality, as it held up data on unemployment before the General Election 2019, because the level of unemployment was 45 year high.

The report said, “Citing concerns over the quality of the data, the government of India decided not to release the 2017-18 All India Household Consumer Expenditure Survey data from the 75th round conducted by the National Statistical Office. This decision leaves an important gap in understanding poverty in the Country, South Asia, and the world in recent years.

The latest comprehensive household consumption expenditure survey data available for estimating poverty for India date to 2011-12, the 68th round of the National Sample Survey.

Given the relevance of India for global poverty measurement and the lack of more recent data, several methodologies have been used to approximate a poverty estimate for India used in the 2017 global poverty count.

The 2018 Poverty and Shared Prosperity report used the 2014-15 72nd round of the National Sample Survey, which includes some information of household characteristics and expenditure (but not the full consumption module used for poverty measurement) to impute a more comprehensive value of consumption.

The results of this survey-to-survey imputation were used to derive the India estimate that underpins the 2015 global poverty count.

Given the relevance of India for global poverty measurement and the lack of more recent data, several methodologies have been used to approximate a poverty estimate for India used in the 2017 global poverty count. All these estimates are subject to a strong assumption, therefore considerable uncertainty remains over poverty in India in 2017, and this uncertainty can be resolved only if new survey date become available.

Applying this pass-through estimate to per capita HFCE growth in India as reported in the World Development Indicators using official sources results in a national poverty rate estimate of 10.4 per cent in 2017 for the US$1.90 poverty line, which translate into 139 million people living in extreme poverty.

The second approach uses survey-to-survey imputation techniques, similar to the approach used in the 2018 report to impute consumption into the 1017-18 Social Consumption Survey for Health. This approach results into a little lower national poverty estimate of 9.9 per cent in 2017, with a 95 per cent confidence interval of between 8.1 and 11.3.

India and South Asia estimates are therefore reported for the widest range of estimates derived from these methods.

For India, the value range between 8.1 per cent and 11.3 per cent nationally, that is, between 109 million and 152 million people. This value would translate to between 7.7 per cent and 10 per cent poor in South Asia, i.e, between 137 million and 180 million people. It is now well known that South Asia is the hardest hit regions in post-COVID scenario, 49 million additional people under base scenario, and almost 57 million under the downside scenario would be pushed into extreme poverty in 2020. It means over 200 million people will be in extreme poverty in India under the new scenario.

The limitations of the methods described add to concerns about the lack of access to survey data to measure standards of living in India.

Neither approach is without limitations.

Moreover, if the imputation is done between periods too far apart, it may fail to capture important changes in the behaviour of markets. Indian economy between 2011 and 2017 may not be captured by these imputation techniques. Thus, the range of poverty estimates could be even wider than those presented in this report.

The limitations of the methods described add to concerns about the lack of access to survey data to measure standards of living in India. Several economists and policy experts have used public news and media outlets to cite figure from different sources of data leading to opposite views about the direction of poverty rates in Indian in recent years.

The lack of data creates doubts among the general public, obstructs scientific debate, and hinders the implementation of sound, empirically based development policies. (IPA)

(Gyan Pathak is a journalist. Views are personal.)