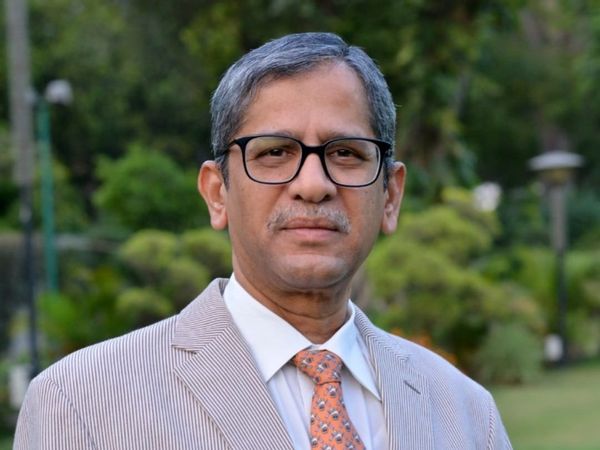 Imperative to start talking about impact of social media trends on institutions: CJI

CHIEF Justice of India NV Ramana Wednesday said it was imperative to start a discourse on how social media trends can affect institutions.

The Chief Justice was speaking at the 17th PD Desai memorial lecture on the “Rule of Law”. “While there is a lot discussion about the pressure from the executive, it is also imperative to start a discourse as to how social media trends can affect the institutions”, the CJI said.

He, however, clarified that this should not be construed as meaning that judges and the judiciary need to complexly disassociate from what is going on. Judges cannot stay in “ivory castles” and decide questions that pertain to social issues.

He said bias and prejudice would lead to injustice, particularly when it relates to minorities. Thus, the application of the principles of Rule of Law in respect of vulnerable sections has to necessarily be more inclusive of their social conditions that hinder their progress, he said.

He added for the judiciary to apply checks on governmental power and action, it has to have complete freedom.

“The judiciary cannot be controlled, directly or indirectly, by the legislature or the executive, or else the Rule of Law would become illusory. At the same time, judges should not be swayed by the emotional pitch of public opinion either, which is getting amplified through social media platforms”, CJI Raman lamented.

Judges have to be mindful, CJI Ramana said, of the fact that the noise thus amplified is not necessarily reflective of what is right and what the majority believes in.

“The new media tools that have enormous amplifying ability are incapable of distinguishing between right and wrong, good and bad and the real and fake. Therefore, media trials cannot be a guiding factor in deciding cases. It is therefore extremely vital to function independently and withstand all external aids and pressures”, he said.

CJI Ramana emphasised that the laws must be clear and accessible; there cannot be secretive laws. Besides, laws are to be applied on an equal basis in a non-arbitrary fashion. He said “access to justice” is an important aspect of “equality before law”.

“I must emphasize that, in a democratic country like ours, access to justice forms the bedrock of the “Rule of Law”. However, this guarantee of equal justice will be rendered meaningless if the vulnerable sections are unable to enjoy their rights because of their poverty or illiteracy or any other kind of weakness. In India, the Legal Aid Authority is estimated to serve more than 70% of the population who are entitled for free legal aid, making the Indian Legal Aid system one of the largest in the world”, he said.

CJI Ramana also spoke on gender equality. He said the legal empowerment of women not only enables them to advocate for their rights and needs in society, but it also increases their visibility in the legal reform process and allows their participation in it.

He said mere right to change the ruler once every few years no guarantee against tyranny. The idea that people are the ultimate sovereign is also to be found in notions of human dignity and autonomy, he added.

“A public discourse, that is both reasoned and reasonable, is to be seen as an inherent aspect of human dignity and hence essential to a properly functioning democracy. As Professor Julius Stone observed in his book “The Province of Law”, elections, day to day political discourses, criticisms and voicing of protests is integral to the democratic process”, he said.

CJI also spoke on the role of lawyers in upholding the “Rule of Law”. He said lawyers had an obligation to perform their duties with integrity and diligence, with full respect for the court, opposing counsel, clients, victims, witnesses and persons involved in proceedings.

“We need social-virtue rather than economically self-interested behaviour”, he said.

“We need a professional ideology about social responsibility. Here, I would urge both young and senior counsels to extend a helping hand to those in need of justice. Extending ease of access to justice is no less social justice. Let economy, gender, class or caste never be a hindrance in the path to secure justice,” the Chief Justice said.