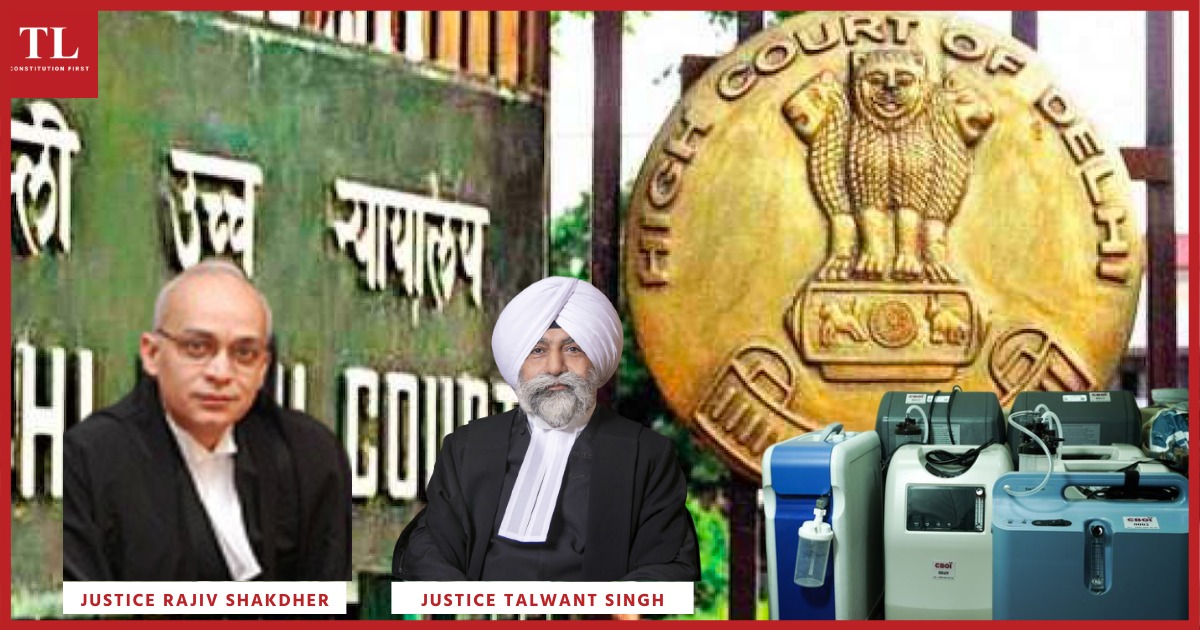 IN a landmark ruling, the Delhi High Court Friday held as unconstitutional the imposition of the Integrated Goods and Services Tax (IGST) on oxygen concentrators imported by individuals or received by them as gifts [i.e. free of cost] for personal use.

A division bench of Justice Rajiv Shakdhar and Justice Talwant Singh was ruling on a petition challenging the imposition of IGST filed by an 85-year old COVID-19 patient whose nephew had sent him an oxygen concentrator as a gift from the US.

This is is a George Floyd moment for the citizens of this country, the court said

“The refrain is ―I can’t breathe, albeit, in a somewhat different context and setting; although in circumstances, some would say, vastly more horrifying and ghastlier. Chased and riven by the merciless novel Coronavirus, the citizenry has been driven to desperation and despair”, the court said.

Presently, the IGST leviable on import of oxygen generators is @ 12 percent till June 30 after the Centre issued a notification on May 1 reducing IGST from 28% to 12% on its import for personal use, while those importing it for commercial purposes were levied @ 12 per cent of its price.

On May 3, the Central government had issued a notification exempting the IGST levy on oxygen generators that were coming in “for charity” but being imported in by states and state-authorized agencies.

The plea had demanded that this exemption also be extended to individuals importing oxygen concentrators for personal use and to those who had been gifted the same for personal use.

Accepting the contention of the petitioner, the high court said there was no justification whatsoever in excluding individuals from the purview of the notification dated 03.05.2021 only on the ground that they had received the oxygen concentrators directly as gifts from their friends or relatives located outside the country.

The court found this distinction manifestly arbitrary, unreasonable, unfair and wholly unsustainable and thus violative of Article 14 of the Constitution.

“Persons who are similarly circumstanced as the petitioner, i.e., those who obtain imported oxygen concentrators as gifts, for personal use, cannot also be equated with those who import oxygen concentrators for commercial use. Therefore, the notification bearing no. 30/2021-Customs, dated 01.05.2021, will also have to be quashed”, the court said.

It added it is trite to state that if one aspires for a civilized society, then those who are obligated by law should pay their taxes. Likewise, the State should relent, or at least lessen the burden of exactions which take the form of taxes, duties, rates and cess, in the very least, in times of war, famine, floods, epidemics and pandemics since such an approach allows a person to live a life of dignity which is a facet of Article 21 of the Constitution.

In addition, the High Court said during a calamity the Courts and the State have to adopt a humanistic approach, which is a facet of Article 21 of the Constitution.

“The failure to do so both, by the Court and by the State, would lead to an unbridgeable chasm between law and justice, resulting in, disruption of social order”, the court said.

The petitioner had contended that the right to life encompassed several second-generation rights including the right to health, which were compromised because of actions of the Central government.

The Centre, however, said any person importing oxygen concentrators for personal use as also those finding resources to receive gifts would be in a position to afford a payment IGST at the nominal rate of 12% as opposed to others who source it through commercial channels. Therefore, parity had consciously been brought about between the oxygen concentrators imported for commercial purposes and those imported for personal use.

Senior advocate Arvind Datar assisted the Court in his capacity as an amicus curie appointed by the court.