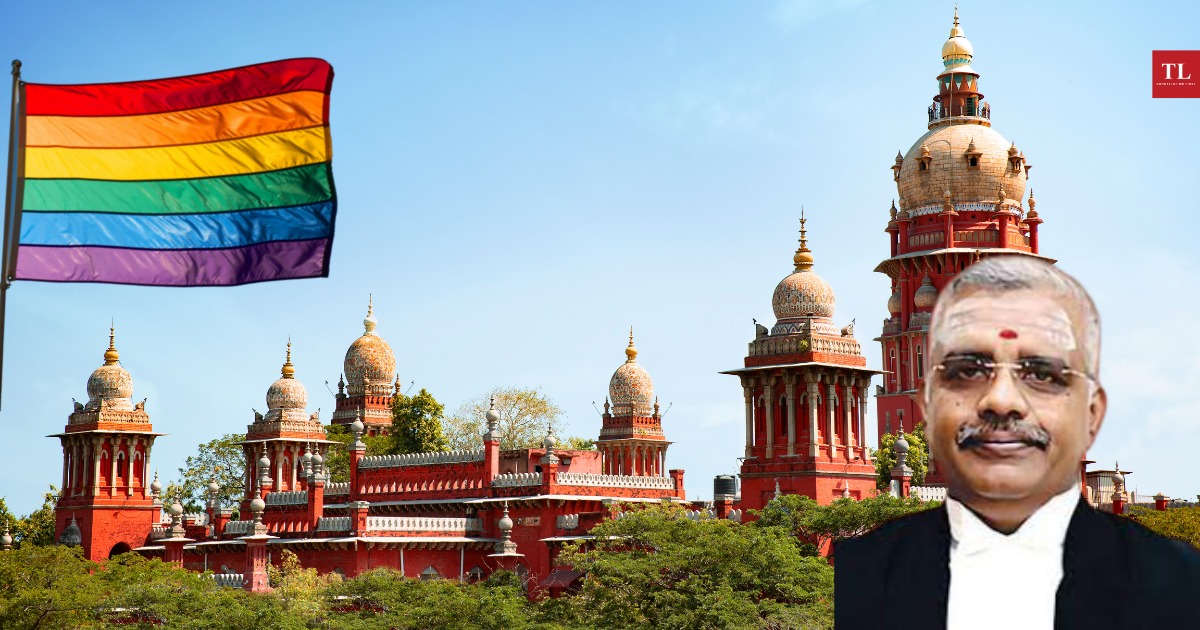 I too belong to a majority that is yet to comprehend homosexuality, says Justice N Anand Venkatesh; overcomes his prejudices to rule in favour of LGBTQIA+ community

MADRAS High Court’s Justice N.Anand Venkatesh, while issuing a slew of directions to allow the LGBTQIA+ community to lead a safe and secure life, revealed that he had no hesitation in accepting that he too belonged to a majority of people who are yet to comprehend homosexuality completely.

“Ignorance is no justification for normalizing any form of discrimination. Therefore, I took upon myself, the vested responsibility and the duty to deliver justice in all its forms and spirit, of cutting across personal prejudices and notions and setting forth to, at the least, educate myself lest my ignorance interfere with in guiding homosexuality and the LGBTQIA+ community towards social justice”, Justice Venkatesh said in his 107-page judgment.

Justice Venkatesh added he believed in all honesty and sincerity that even if his endeavour inspired, informed and changed a small collective of persons in understanding and accepting the LGBTQIA+ community, he would have delivered justice in its true spirit against discrimination and towards inclusivity.

“The society and my upbringing have always treated the terms “homosexual”, “gay”, “lesbian” as anathema. A majority of society would stand in the same position of ignorance and preconceived notions. I have, at the best, read or come across people talking about the LGBTQIA+ community, but not to an extent where it made a positive impact on me or influenced me”, the judge said.

Earlier, the judge had said he too was trying to break his own preconceived notions about the issue and was in the process of evolving, and sincerely attempting to understand the feelings of the petitioners and their parents.

The judge was ruling on a petition filed by two lesbian girls seeking protection from their parents who were opposed to their same-sex relationship.

The judge had also undergone a session of psycho-education to understand the issues of the LGBTQAI community.

This session, the judge said, ultimately convinced him that he must change all my preconceived notions and start looking at persons belonging to the LGBTQIA+ community as they are.

“I must frankly confess that the Petitioners, Ms. Vidya Dinakaran and Dr. Trinetra became my gurus who helped me in this process of evolution and pulled me out of darkness (ignorance)”, Justice Venkatesh said.

“Growing up, the societal impact has a lot of bearing in our understanding of relationships right down to our subconscious, and we involuntarily vouch only those relationships which the society deemed ‘fit and proper’,” the judge said.

He said the only reason for referring the petitioners to counselling was to allow himself to understand something more about this relationship from a professional.

“To reiterate my position, I am venturing into unchartered territory and without my understanding the issue, the final outcome will only be half-baked and ineffective. Upon going through the report of the psychotherapist, I gained better understanding than I had at the commencement of the proceeding and that the second phase involved a further counselling for the parents and a psycho-educational session for myself explains that it had nothing to do with assessing where the Petitioners stand”, the judge said.