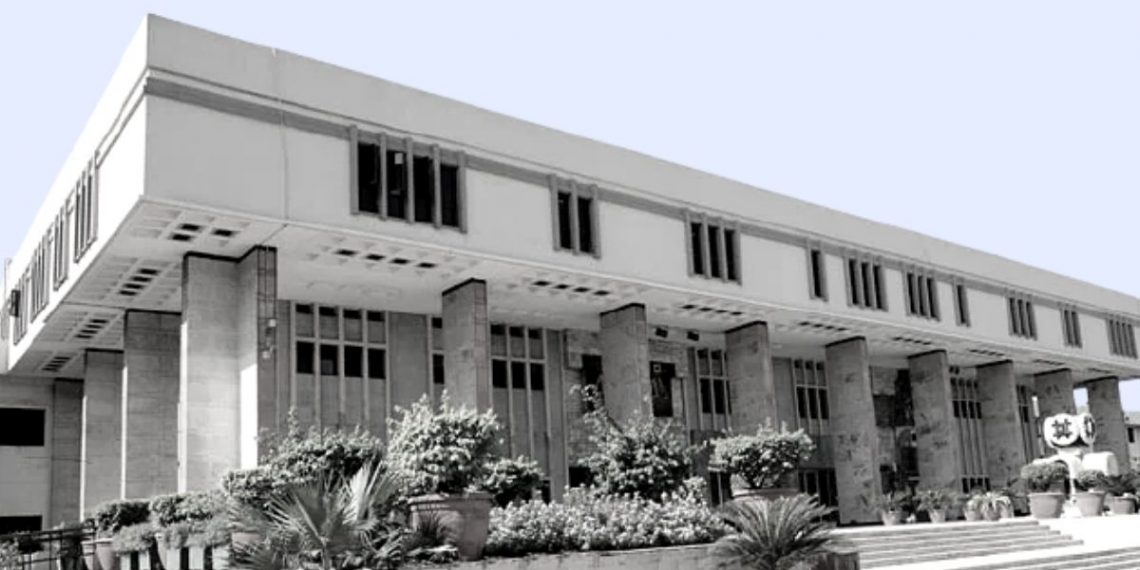 SHOULD the conjugal rights of the husband be seen in conflict with the wife’s right to say no to sex with the husband?  How can both the rights be reconciled?

The Delhi high court bench of Justices Rajiv Shakdher and C.Hari Shankar posed this question to the Amicus Curiae, Rebecca John, who continued her arguments on Friday explaining why the Exception 2 to Section 375 Indian Penal Code should go. John’s answer to the question, in a nutshell, is that both husband and wife can have conjugal expectations from one another, and when those expectations cannot be satisfied, they can seek to resolve the deadlock through dialogue, rather than force. If the husband uses force to satisfy his conjugal expectation, the result should be punishable, rather than granted immunity by law, John answered.

The hearing before the bench in the case of RIT Foundation & Ors. vs. Union of India, took an interesting turn on Friday with Justice Shankar quizzing John on why the classification of married and non-married persons under Section 375 cannot be a valid one with intelligible differentia.

Justice Shankar wanted to know if the Exception was part of the main provision and the Court were to strike it down, will her arguments would still be the same that the Court would not be creating the offence.

Responding in affirmative, John submitted that an offence in criminal law is the actus reus and the mens rea unless the one is dealing with the strict liability provisions. Offence itself has nothing to do with who is committing it. It is the act and it is the mental state of mind. The nature of offence does not change only because a class or people are included or excluded, she explained to the bench.

Justice Shankar interjected and said as per his understanding of the ingredients of an offence, offence in criminal law involves four ingredients, that is, perpetrator, victim, act and punishment. When the legislature creates an offence, it keeps these four factors into consideration. Justice Shankar thus said he has a reservation whether consent is the main feature of Section 375 IPC because according to him it is the entire act that constitutes an offence of rape. He added if we keep aside the consent thing, we may find that there is intelligible differentia between the parties married and non-married and that it has a rational nexus to the object of 375 IPC.

“If you are going to look at the provision with the point of view of consent then maybe it is difficult to say there is any nexus to the object of Section 375 IPC”, Justice Shankar added.

Responding to Justice Shankar’s query, John said it is elementary that the offence in criminal law involves four ingredients, that is, perpetrator, victim, act and consequences, and that there cannot be any quarrel with it. “Perhaps in Section 376 and other similar sections which are gendered in nature, the victim is of a particular gender, otherwise most provisions contain the word “a person”. The victim could be anybody, the perpetrator could be anybody. There is no difference in that. A murder can be committed by a woman, the murdered person can be a woman. There is absolutely no difference there. But some of the provisions in IPC are gendered in nature. Section 375 is one of them“, she suggested.

Explaining her arguments, John submitted: “By removing the Exception the Court would be eliminating the immunity granted to a class of people. It has nothing to do with the perpetrator and by and large it has nothing to do with who the victim is. By virtue of a marital relationship if the Exception comes into the main part of the Section and the court were to strike it down even then it would not be the creation of a new offence.”

She added that she has repeatedly said if one part of the Section is not fulfilled and only the second part is fulfilled or the second part is fulfilled but the act was not fulfilled then the offence would not be complete.
“It is an amalgamation of both. So I have not said that this Section is only predicated on consent. Consent is an ingredient. If it is not satisfied then the offence“, John added. She contended that the Exception eliminates the consent part of the Section.
Also Read: Marital rape exception: law should not hesitate to call a spade a spade, says Amicus Curiae to Delhi HC
Justice Shankar interjected and asked “Would it be more accurate to say that if the act happens in a particular kind of relationship, this act will not be considered rape? They are not saying that consent is irrelevant but that when the thing happens within the marital sphere, we will not call it rape”?
Justice Shankar thereafter went on to explain as to why he thinks that there exists prima facie a rationale behind the legislature carving out Exception 2 to Section 375. He said he believes that there is a “qualitative difference between the sexual equation” which exists between parties who are married and the parties who are not married. This, according to him, creates an intelligible differentia by marriage.
“Where parties are married, there is a right to expect sexual relations from both sides. There is no such right, in the case, where the parties are not married. Now therefore there is an intelligible differentia in the sexual equation between the two parties where they are in a marital relationship and where there is no such relationship”, he said. Justice Shankar added that it would be kind of closing our eyes to the reality that there is no intelligible differential between these two cases.
Explaining further, Justice Shankar said the object of Section 375 is to punish for the rape. He added the offense of rape is essentially a violation of the bodily integrity of the woman who does not want to have sex. Explaining the nature of the sexual relationship between the married couple and the non-married couple, Justice Shankar said “There is one case where a man has no right to ask for sex at all, that is, when he is not in a marital relationship with that woman. There is another situation in which he has a right which is sanctified by the marital bond between them to expect a reasonable sexual relationship”.
Also Read: Amicus Curiae explains before Delhi HC why exception to marital rape should be struck down

Explaining his views as to why the legislature might have prescribed Section 2 to Section 375, Justice Shankar said there is a difference in the circumstances in which the parties married and non-married are placed and it creates a difference between the two types of acts and it is for this reason the legislature does not want to characterise it as rape when the parties are married because it is an act done by a man who has got some kind of right to have sexual relations with this woman.

Justice Shankar added that the very first statement of Macaulay was that it is to protect the conjugal rights of the husband. Those conjugal rights are non-existing where parties are not married.

“In the backdrop of existing conjugal rights if the legislature made a difference between the two acts, how can the Court say there is no intelligible differential”, Justice Shankar asked.

“If we go to a point to say that the difference is not enough to call one act a rape and the other not, we will be passing a value judgment”, he added.

Justice Shankar said the legislature has accorded seriousness to the offence of rape and the same is manifested in the punishment provided for it, that is, rigorous imprisonment of 10 years even for one instance. He thus asked if the legislature has decided that when parties are married, the offence should not be pitched to that level though it may be punishable for something else but not rape, are we to say then there is no rationale intelligible differentia or there is no basis for legislature to draw it unless we are able to say so, we are stepping into the shoes of the legislature, he added.

According to him, the consent point is obfuscating the entire argument of conjugal rights and the nature of the relationship that exists between the married parties. He added there is a presumption of constitutionality of the Exception 2 to Section 375 and we cannot deny it.
Responding to Justice Shankar’s queries, John emphatically said the husband does not have any such right to a conjugal relationship. When Justice Shankar clarified what he meant was ‘expectation’ not the ‘right’, John said the husband can have the expectations. Both sides can have expectations but the expectation cannot then result in forceful sexual relations.
“They can have a dialogue based on that expectation. If the wife withdraws from sexual relations, the way to resolve it is through dialogue”, John said.
She added, “This is about a man exercising dominance over his wife despite her saying no.”

John thereafter went on addressing the second question posed by Justice Shankar on whether a marital rape exception in a gender-neutral rape law would also be unconstitutional. John took the Court through the various provisions in the IPC and other laws like the Domestic Violence Act which are women-centric given the reality of inequality faced by women in marriages. She contended that getting into this issue would be creating a false equivalence between the reality of what men and women go through in a marriage.