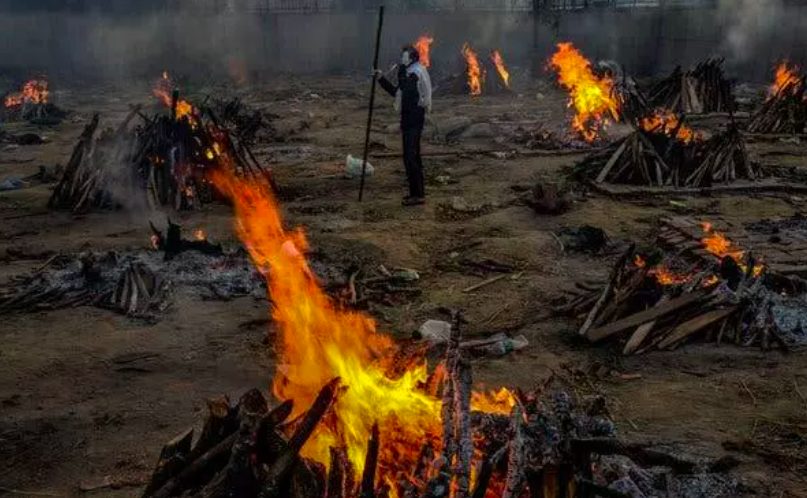 A spade must be called a spade. The biggest ally of the coronavirus today, as it decimates mankind, is the institution of capitalist property rights. The Economist magazine estimates that the actual death toll across the world from the virus so far is not three million, as officially claimed, but 10 million; and the virus is far from finished. The only way that its march can be checked is through universal vaccination of the entire population of the world. Everybody, including even the International Monetary Fund or IMF, agrees on this. But, if universal vaccination is to become a reality before the virus has killed millions more, then there has to be a massive increase in vaccine output.

What stands in the way of such a massive increase in vaccine output is the intellectual property right of a few multinational drug companies which have largely used public money to develop the available vaccines but which have no qualms about clinging on to their monopoly positions to profiteer from human misery in the name of recouping the investment that they themselves scarcely made.

US President Joe Biden’s assent to a temporary waiver of patent rights on vaccines was a significant development; but unless there is general agreement on the issue at the World Trade Organisation or WTO, such a waiver cannot come into being. And the capitalist governments of Europe are solidly behind their “own” multinationals in opposing such a waiver.

It has been estimated that if the entire available production facility is utilised for producing vaccines without the encumbrance of patent rights, then 60% of the world’s population could be vaccinated before the end of the current year which would effectively end the killing spree of the virus. But, negotiations at the WTO, where Germany and others are firmly opposed to a temporary waiver of patent rights, could themselves drag on for months, even until the end of the year.

Boris Johnson, the British prime minister, is planning to place before the forthcoming G-7 summit a proposal that the entire world should be vaccinated by the end of 2022. But even if G-7 agrees to it and the target is actually met, millions more would have died by then. The point is to save them now by abridging private intellectual property rights.

Many have talked of a “vaccine apartheid”, which refers to the fact that the bulk of vaccine production has been cornered by the advanced capitalist world until now, leaving very little for the Third World. For instance, by the end of April, while 40% of the US population and 20% of the European Union’s had received at least one dose of the vaccine, the corresponding percentage for Africa was only 2%.

In India, to this date, only 3% of the population has been fully vaccinated. The advanced countries have cornered for themselves, not just till now but even for the foreseeable future, the bulk of the vaccine production. They have placed advanced orders for these vaccines, not just for use but even for stockpiling.

This vaccine apartheid, however, has two distinct components, both attributable to metropolitan capitalism. One is the inadequacy of production because of patent-based monopoly restrictions, so that advanced countries can corner the bulk of it. This is attributable, as we have seen, to property rights.

The same dichotomy extends to subsidising vaccination; as a result the poor in the Third World simply cannot afford to be injected with vaccines that are priced way beyond their reach.

Ironically, the same IMF that has come out in support of universal vaccination imposes fiscal austerity measures on Third World governments as conditionality for giving them loans or for re-negotiating their earlier-contracted loans. This second component contributing to the vaccine apartheid, therefore, is attributable to the hegemony of finance capital that is opposed to all government activism, except in its own interests. (In India, of course, it is not any IMF-imposed fiscal austerity that accounts for the government’s reluctance to provide free vaccines to all, but the utter bloody-mindedness of the Narendra Modi government).

It has been estimated that a programme of universal vaccination would cost no more than around $50 billion, a sum that can be easily provided by the advanced capitalist world and given as a non-repayable transfer to the Third World. Ironically, however, despite almost everyone repeating ad nauseam such truisms like “nobody is safe until everybody is safe”, no initiative for such a transfer is as yet visible on the horizon.

If a patent waiver is not immediately feasible, then the production of vaccines can still be expanded through compulsory licensing, for which there is a provision under the WTO in cases of “national emergency”; and the current situation eminently qualifies as a “national emergency”. Chapter XVI of the Indian Patents Act, which was amended to make it “TRIPS-compatible”, provides for compulsory licensing.

The argument for compulsory licensing is exactly the same as for the patent waiver, namely, that in a “national emergency” when vaccine output needs to be expanded rapidly, the world cannot wait for the original patentees to meet its needs in their own sweet time. And yet there is much opposition to compulsory licensing not only among the drug multinationals and the governments of advanced capitalist countries backing them, but also among several institutions and individuals otherwise supportive of a patent waiver.

Curiously, the Indian government which, along with South Africa, had asked for patent waiver, has also turned down any plans for compulsory licensing, with its so-called “think tank” NITI Aayog publicly vetoing the idea.

Why this should be so remains a mystery. The fear of offending drug multinationals and the advanced country governments that stand behind these multinationals, through undertaking unilateral action (for that is what compulsory licensing amounts to) may explain the reluctance of the Modi government; what it amounts to, however, is the loss of thousands more of lives. The pusillanimity of the Modi government is particularly striking because vaccine stocks in the capital city of Delhi have been depleted for two weeks now (June 7).

No pious pronouncements about international cooperation or about the need for universal vaccination will carry any conviction, unless there is a simultaneous demand for either an immediate patent waiver or for compulsory licensing in its absence. This is because what is involved here is a matter of basic principle: does the right to life of an Indian or an African or a Latin American matter any less than that of a European or an American? Any international cooperation must be based on the fundamental assumption that the life of a person from a poor country is as precious as that of a person from a rich country. To ask for international cooperation while denying this assumption amounts to sheer chicanery.

The remarkable thing is that the people in advanced countries understand this. A vast majority of them are actually in favour of a temporary waiver of patent rights on vaccines. It is the governments, especially in Europe, that are opposing it, which only underscores the proposition that while governments are concerned with protecting class interests (and the property rights associated with them), it is the people who are the carriers of international solidarity.