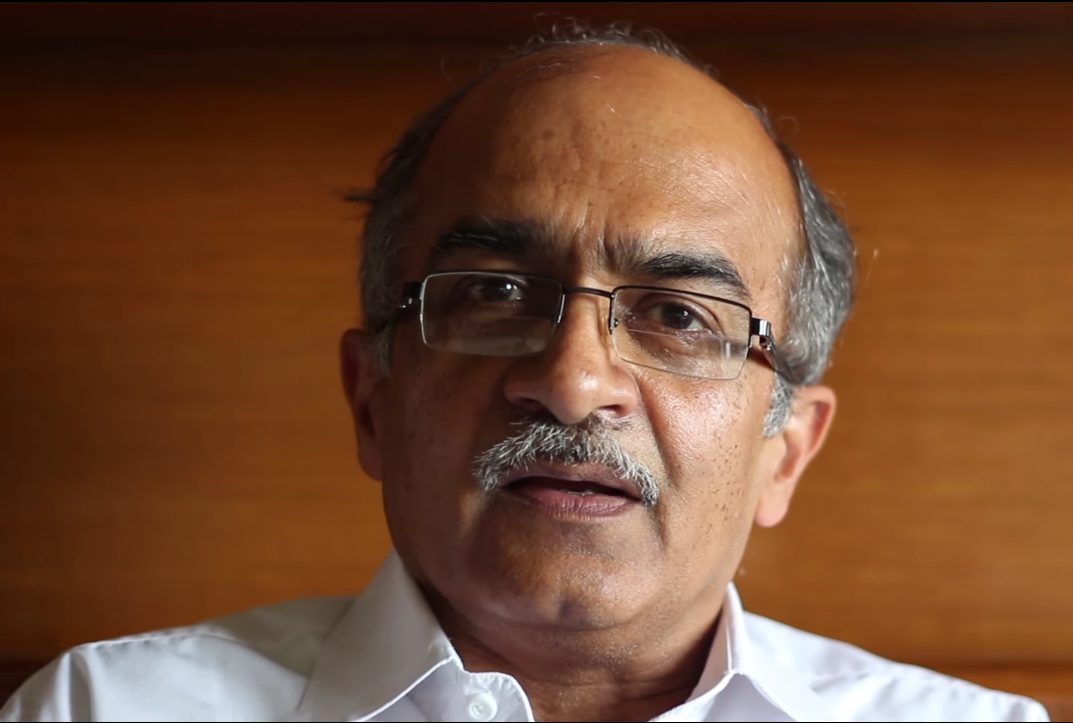 How forceful is your repression, we have seen it and we will see it again, says Prashant Bhushan

Senior lawyer Prashant Bhushan said on Friday that the citizen of the country must stay prepared to face sedition, contempt, and other charges under draconian laws while protecting the right to freedom of expression under the current regime.

He was reacting to the Supreme Court judgement that held him guilty of contempt over two tweets about Chief Justice of India S.A. Bobde and the apex court.

The bench of Justices Arun Mishra, BR Gavai and Krishna Murari said in its judgment: “The scurrilous allegations, which are malicious in nature and have the tendency to scandalise the court are not expected from a person, who is a lawyer of 30 years standing. In our considered view, it cannot be said that the above tweets can be said to be a fair criticism of the functioning of the judiciary, made bona fide in the public interest.”

The hearing for punishment will be held on August 20.

In a separate case, the Supreme Court is scheduled to hear on merits whether remarks made by Bhushan on judicial “corruption” in a Tehelka interview in 2009 amounts to “per se contempt” on August 17.

Speaking at a Facebook live programme held by All India Students’ Association on the eve of 74th Independence Day, ‘Reclaim The Republic: In Defense of Freedom and Plurality, Democracy and Secularism, Equality and Justice’, Bhushan referred to the landmark media conference by four senior Supreme Court judges in 2018. “The judges had accused the CJI of misusing his position at the behest of the government while allocating politically sensitive cases to the favourite benches for one sided judgements. They said that the judiciary is facing a crisis,” he said, adding, “I also stated that in the past six years democracy has almost been killed. It was the responsibility of the judiciary to protect democracy but it allowed the murder…The last four Chief Justices played a key role in this.”

Stressing that right to freedom of expression is the most critical right in a democracy, he said, “We should continue expressing informed opinions on every issue that concerns the country. We must fearlessly raise our voice against injustice and malfunctioning of the institutions. If that voice is then suppressed with sedition law or contempt law, we must stay prepared to face it…”

He went on to say, “Government-backed lynch mobs are holding the sway from roads to social media. It has become difficult to criticise the government.”

Bhushan also accused the government of misusing COVID lockdown to curb dissent and political activities. “The virtual court system is operating in name only. Only a few cases are being heard by the courts in the lockdown,” he remarked.

Habib pointed out that, “I don’t think even the British ever punished dissenting or even critical voices of lawyers, poets, writers, and intellectuals this way.”

Bhushan said the government was diluting several laws as Parliament remains in recess since March 23. “Amendments are being made through ordinance in labour and environment laws to end protections,” he stressed, adding, “Government controlled mainstream media is deflecting public from the real issues. It only spews venom against the Muslims”.

“RSS functionaries have been appointed as heads of universities. This is how universities and education regulatory bodies are being ruined,” he said, claiming that education has been saffronised.

He also sought a national plan to fix damage caused by the COVID-19 pandemic which comes under the Disaster Management Act 2005. He had argued that migrant labourers bore the maximum brunt of the lockdown.

On July 27, the Supreme Court had reserved judgment on the issue of transfer of funds from PM CARES Fund to NDRF for relief works in combating the pandemic.

In January last year, Bhushan along with former BJP leaders, Arun Shourie and Yashwant Sinha had filed a review petition in the apex court, demanding a probe into alleged corruption charges in the Rafale deal with French firm Dassault Aviation. In November 2019, the top court dismissed the review petitions against its verdict on grounds that they lacked merit. The court had reiterated its clean chit to the Modi government.

In April 2018, the apex court had dismissed all petitions seeking SIT probe into the death of special CBI Judge B H Loya. Bhushan was among one of the petitioners.

Even during the UPA government, Bhushan had filed several important PILs. His PIL in 2G spectrum allocation saw the resignation of the then Minister for Communications and Information Technology A. Raja. Later, Raja had to spend 15 months in jail and the apex court cancelled licenses to the mobile phone operators.

In his PIL against coal block allocations, the Supreme Court had declared all allocations made from 1993 to 2011 illegal and arbitrary.

The Supreme Court had quashed all iron ore mining permits in Goa in February 2018 in response to an intervention petition by Goa Foundation, which was represented by Bhushan.

“While as feminists we know that the personal is political, but in law the personality of a judge must be split between the personal and the constitutional. This is an institutional requirement of justice,” senior Supreme Court lawyer Indira Jaising was quoted as saying by HuffPost. “The judgment obliterated the distinction.”

The Peoples Union for Civil Liberties said it was “dismayed and disappointed” by the verdict. “The correctness of Prashant Bhushan’s views about the role of former CJIs may be debated, but the fact remains that many sections of society feel that the structures of democracy are being dismantled and destroyed before our very eyes and the constitutionally mandated institutions are failing to play their independent, monitoring role. In such a situation the SC to which people still look up to with respect and hope, is increasingly being seen by people to be supportive of the State and unresponsive to democratic and constitutional concerns,” it said in a statement.

It added, “Until the (contempt) law is repealed in India, it bears relevance to keep in mind the need for the greatest restraint in the use of this extraordinary power as was pointed out in a 1946 Scottish case of Milburn, Re, (1946 SC 301 at 315-16), in which the then Lord President held: ‘The greatest restraint and discretion should be used by the court in dealing with contempt of court, lest a process, the purpose of which is to prevent interference with the administration of justice should degenerate into an oppressive or vindictive use of the court’s power’.”

Historians like Ramachandra Guha and S Irfan Habib also condemned the judgement. Guha described the verdict a “dark day for democracy”. Habib pointed out that, “I don’t think even the British ever punished dissenting or even critical voices of lawyers, poets, writers, and intellectuals this way.”

Questioning the timing of the judgement, Swaraj India president, Yogendra Yadav, wondered, “at a time when the court is hearing very few cases, how come these two tweets became so important for the Supreme Court? Why all the contempt cases against Prashant Bhushan are being allocated to the court of Justice Arun Mishra?”

(The author is a journalist based in Delhi.)