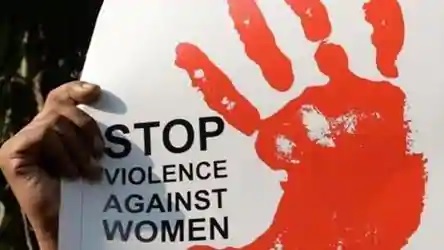 The nationwide demand for justice for Manisha Valmiki has brought the issues of caste atrocities victims rights to the forefront. In this part of a two-part series, legal experts from CENTRE FOR SOCIAL JUSTICE (CSJ) talk about how the legal provisions that guarantee victims right to compensation and rehabilitation are flouted by state officials. Part 1 examined the challenges that emerge in moving the criminal justice system to respond to caste atrocity cases.

This is part of a larger study on the implementation of the Act in Chhattisgarh (Kanooni Margdarshan Kendra 2019) conducted by CSJ. While the findings are based on experiences from Chhattisgarh, they speak to a larger failure of the State machinery to protect its most vulnerable and to bring oppressors to justice.

AS lakhs of people take to the streets to demand justice for Manisha Valmiki, and the many other Dalit women who face unspeakable atrocities, discussions around caste and criminal justice are gaining traction. It is hence now more important than ever to uncover the everyday violence of the system, and its failure to secure for victims even the limited imagination of justice that it can offer.

The SC/ST Prevention of Atrocities Act was amended in 2015 (and the rules subsequently in 2016) to include a robust victims and witnesses rights mechanism. This included a comprehensive compensation and rehabilitation regime.

Victims are entitled to monetary compensation of up to Rs 8,25,000 (in cases of murder, gang rape and 100% incapacitation) under the Act.

This money is to be provided in a staged manner. The first installment is given at the FIR stage, the second installment after the police submits its charge sheet to the court, and the third at the time of conviction.

In cases of murder or death, the first installment of 50% is to be awarded immediately after the post-mortem and the remaining 50% when the police submit its charge sheet to the court.

Rule 12(4) of the Atrocities Act Rules additionally states that the first installment must be disbursed within seven days of registration of FIR. To enable District Magistrates to do so, Rule 12(4A) allows the State Government to empower District Magistrates to directly access the State Treasury to enable quick disbursal of compensation.
In addition to this, the Act calls for the provision of immediate non-monetary support such as medical, shelter, clothing, food, etc., also within seven days.

These guidelines are rarely followed on the ground.

The staged compensation system was not followed in any of the cases dealt with by us between 2016 and 2018.

The staged compensation system was not followed in any of the cases dealt with by us between 2016 and 2018. In most cases, the first and second stages were clubbed and disbursed collectively after the filing of the charge sheet, thereby compromising the very objective of immediate compensation.

On average, victims were made to wait a minimum of three months for their first installment.

This inefficiency is best captured in a murder case, that we dealt with, where the victim’s family received the compensation amount of Rs 8,25,000 one year after conviction, and only after we sent the District Administration a copy of the judgment. Contrast this to the Act, which entitles murder victims’ families to the entire compensation at charge sheet stage, before the trial even commences.

Apart from this, a number of absurd systemic issues have become apparent over the years.

The reasoning provided here is that compensation cannot be disbursed without a medical report, and sexual harassment does not warrant medical examination. However, no such requirement exists under the law.

Some district administrations refuse to provide compensation in cases that attract Section 354 of the IPC on Sexual Harassment along with the Atrocities Act. The reasoning provided here is that compensation cannot be disbursed without a medical report, and sexual harassment does not warrant medical examination. However, no such requirement exists under the law. Schedule 1 of the Atrocities Act clearly states that compensation in cases registered under Section 354 IPC and Atrocities Act is to be disbursed in three installments – FIR, charge sheet and trial.

Similarly incongruous with the law is the state administration’s insistence on depositing compensation in a fixed deposit account.

Sometimes, up to 90% of the compensation amount is deposited in a fixed deposit account, as was the case in the murder case discussed above. Other times, an arbitrary limit of Rs 10,000 liquid cash is imposed, with the rest getting deposited in a fixed deposit account. Victims, and especially families of victims who have lost their primary breadwinner, are unable to easily access this amount, hence defeating the purpose of rehabilitative compensation.

However, till 2019, only ten states and one Union Territory had notified plans for the socio-economic rehabilitation of victims. Neither Chhattisgarh nor Uttar Pradesh is part of this list.

The Act places a special duty upon both courts and district administrations to provide socio-economic rehabilitation to victims, which includes employment, education, shelter and land to victims and their families.

It also calls upon all state governments to prepare a scheme defining these entitlements and demarcating roles and responsibilities. However, till 2019, only ten states and one Union Territory had notified plans for the socio-economic rehabilitation of victims. Neither Chhattisgarh nor Uttar Pradesh is part of this list.

In reality, as per our experience and the RTI data received, very few victims have received such support.

Another often overlooked feature of the Act is the power of the Special SC/ST Courts to prepare individualised socio-economic rehabilitation plans. However, courts rarely exercise this power, leaving the rehabilitation process entirely to inefficient and bureaucratic District Administrations.

Lapses by the Monitoring and Vigilance Committees

One of the foremost reasons for delays in compensation is that it has become regular practice for Monitoring and Vigilance Committees (MVC). The committees are constituted under the Atrocities Act, to collectively disburse compensation during quarterly meetings.

These committees, consisting of state and civil society representatives, were designed to monitor the overall implementation of the Act.

Their mandate is broad. MVCs are required to identify cases of atrocities in their areas. They must then monitor and follow up on the cases to ensure relief and rehabilitation for victims. They have to design and monitor rehabilitation schemes, identify the atrocity prone areas, and take preventive action through awareness sessions. They collaborate with the District Legal Services Authorities to provide legal aid to victims and review and hold accountable public officials and institutions under the Act. MVCs are therefore an indispensable feature of the overall framework of the Atrocities Act for holding the State accountable and ultimately reducing atrocity cases.

However, an analysis of the minutes of MVC meetings, from seventeen districts in Chhattisgarh held from 1st January 2016 to 30th June 2018, highlights the dismal functioning of these bodies.

On the whole, the minutes did not reflect any of the duties outlined above. What became apparent from the analysis of the minutes is that the MVCs are solely concerned with monetary compensation and have been reduced to a forum for mass disbursal of compensation. Not only has this resulted in excessive delays in compensation, but has also rendered the MVCs defunct.

Without a strong institutional monitoring system, the efficacy of the Act is severely undermined.

Unless the State ensures adequate compensation and rehabilitation, instances of out of court settlement are only going to increase, thereby further entrenching the prevailing culture of impunity.

( The authors are lawyers and paralegals associated with the Chhattisgarh Unit of the Centre for Social Justice and are actively involved in providing legal representation to marginalised communities in rural Chhattisgarh. Over the years, they have supported numerous victims of caste atrocities through the legal process. They may be contacted at [email protected] Views are personal.)