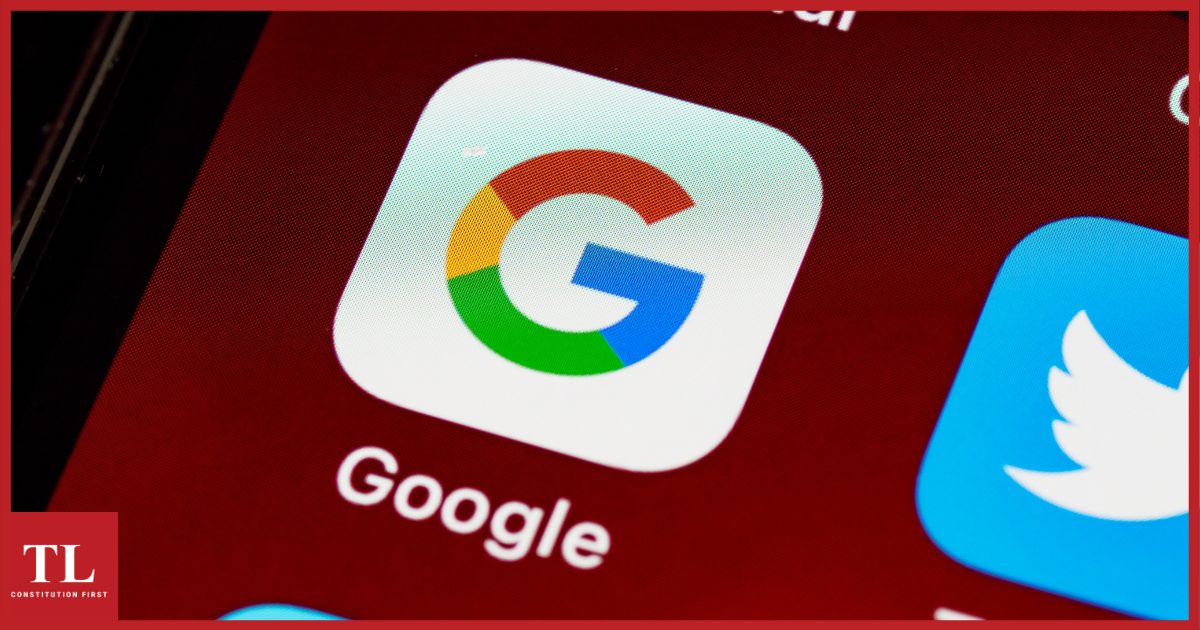 In recent times, Google has faced an antitrust lawsuit in the US and had similar issues in India. The first round of judgement dismissed such allegations, but questions remain whether the tech giant’s dominant position is making it violate antitrust law and subsequently hurting users’ interest.  Google’s ability to push its own products has quietly reshaped the contours of the economy, leading to it making huge profits and consolidating its market share, writes KINGSHUK SARKAR.

THE recent anti-trust lawsuit against Google has thrown up some interesting issues. As Google has a worldwide operation and is a dominant player in the web, these issues have global repercussions.

From an Indian perspective also, this matter is important as similar issues were raised here too. There is no doubt that Google is the internet’s most-used website. In fact, searching for something on the net has become synonymous with googling. Such is the extent of its popularity.

The big question is whether Google has become a natural monopoly in the age of information technology or has manipulated its dominant position. Is Google’s monopoly position actually hurting its users?

Nearly 40 states in the US filed a wide-ranging antitrust lawsuit against Google in the last few years, alleging that the tech giant manipulates its search results to give its own products and services greater rankings over rivals. In short, it prevents web users from seeing the best options when they search for options in shopping, dining, travel, etc. (https://www.washingtonpost.com/technology/2020/12/17/google-search-antitrust-lawsuit/).

In one such hearing on May 13, 2021, a US judge dismissed antitrust claims against Google brought by its rivals and the US Department of Justice (DoJ) but offered them a chance to try again after addressing what she called “serious concerns”.

The ruling by District Judge Beth Labson Freeman in San Jose, California, marks one of the first major decisions in the spate of antitrust cases filed against Google. https://economictimes.indiatimes.com/tech/tech-bytes/us-judge-dismisses-advertisers-antitrust-claims-against-google/articleshow/82625994.cms).

The district judge further observed that the complainants need to better explain why Google’s refusal to support rival systems that the advertisers rely upon was anti-competitive. Existing anti-trust law does not require monopolists to help competitors survive. “The Court has serious concerns that some of Plaintiffs’ allegations rely on a ‘duty to deal’ theory of antitrust,” she observed.

In general, antitrust laws are violated if a refusal to deal unnecessarily excludes competitors, that is, if the conduct does not benefit consumers by making a better product or service available and instead, has the effect of impairing competition. A common question is whether a company with market power engages in “exclusionary conduct” by choosing not to deal with a competitor. Although the general rule is that an alleged monopolist, like any other company, has no duty to deal with anyone, there are exceptions, the scope of which are frequently debated and litigated. (https://awa2018.concurrences.com/IMG/pdf/proving_refusal_to_deal_liability_1_.pdf).

Earlier, DoJ, along with 11 states, sued Google in October 2020, alleging that the company had abused its dominant position in a way that had harmed its competitors as well as customers. The suit was filed against Google “for unlawfully maintaining a monopoly in general search services and search advertising”. In the suit, the deputy attorney general of DoJ alleged that Google had amassed massive economic power through business practices which were exclusionary and harmful to competitors.

“Google achieved some success in its early years, and no one begrudges that, but, as the antitrust complaint filed explains, it has maintained its monopoly power through exclusionary practices that harm competition. So the Justice Department has determined that an antitrust response is necessary to benefit consumers,” the attorney general said in his statement (https://indianexpress.com/article/explained/us-sues-google-what-it-means-6825475/).

The complaint provided a detailed methodology that Google applied to make sure that it was the default search engine on browsers and smartphones. .

Google paid Apple as much as $12 billion each year to make it the default on Safari and iPhones. Once its dominance over the search market was established, Google went on to grab most of the advertising opportunities. (https://www.wired.com/story/google-antitrust-lawsuits-explainer/).

In response to DOJ’s suit, Google said that there was nothing wrong with the arrangements it had made. It maintained that it did not impose anything on the users and it was up to the users to decide which default search engine they would be using. In a similar vein, the company’s chief counsel said in a blog that “people don’t use Google because they have to, they use it because they choose to”.

The most serious allegation made by the states was that Google had used its monopoly over general search to discriminate against competitor companies in search business like Yahoo or Bing. The issue is that Google makes its users begin all searches on Google itself rather than with a vertical search site or app.

Google has accordingly made changes over time in how search results appear in order to direct more users to its own site rather than going for a vertical search.

That puts those vertical companies in a disadvantageous position as users don’t easily find them through Google and in the process, don’t visit those sites. The outcome is that Google becomes the default search engine.

Google’s official response is that the changes it made are simply about making its search more useful and relevant to users. However, the challenge for Google would be the continued scrutiny into its biggest revenue generating segment, which is advertising gained from its search engine and affiliate websites. In the April-June quarter of 2020-21, the company earned nearly $38 billion, mainly from advertisements (https://www.wired.com/story/google-antitrust-lawsuits-explainer/).

The last time Google faced legal action for allegedly abusing its dominant position in the search market was almost a decade ago in 2011 when a Washington-based non-profit research agency, Electronic Privacy Information Center filed a complaint before the Federal Trade Commission.

Although the five commissioners eventually voted not to pursue a case against Google, the company had to, as a part of a settlement process, implement a strict user data security policy and agree to independent privacy audits for the next 20 years (https://indianexpress.com/article/explained/us-sues-google-what-it-means-6825475/).

Google operates in the global market. A lawsuit in the US would certainly have a worldwide impact. The Competition Commission of India (CCI) is already looking into such practices and has fined Google in the past.

Over the last three years, Google has had multiple run-ins with the CCI for alleged abuse of its dominant position in the search engine market, the Android smart phone and television market, as well as Google Flights service.

In 2019, the CCI held Google guilty of misuse of its dominant position in the mobile Android market and said the company had imposed “unfair conditions” on device manufacturers to prevent them from using other operating systems.

It said that Google had “allocated disproportionate real estate” for its affiliates to the disadvantage of other companies that were trying to gain market access. Google has challenged the CCI findings in forums such as the National Company Law Appellate Tribunal and the Supreme Court (https://indianexpress.com/article/explained/us-sues-google-what-it-means-6825475/).

Google is definitely the most preferred search engine worldwide. It is not even called a search anymore, usually, we google it. Google is earning huge advertising revenue, given its monopoly in the market. Google is also privy to a huge database encompassing search information. Given such dominance, the question that comes to mind is whether users are getting a fair deal.

Users mostly use Google because it is easy and simple. Most operating systems and smartphones use Google as a default search option. Eighty-eight percent of all searches happen on Google (https://gs.statcounter.com/search-engine-market-share/all/united-states-of-america).

Users don’t have a great alternative search machine. Microsoft’s Bing doesn’t have enough data to compete well. This is the problem of monopolies in the information age.

In recent times, the first thing a user sees in a Google search result might lead to affiliated sites which may be actual sites that the user is looking for. These may not be in the first few rows but buried much below.

It was not like this in the past. Googling didn’t require much scrolling. More space is dedicated to ads that look like search results. And increasingly, results point the user back to Google’s own properties such as Maps and YouTube, where it can show more ads and gather more user data.

One study found that Google devoted 41 percent of the first page of search results on mobile devices to its own properties (https://themarkup.org/google-the-giant/2020/07/28/google-search-results-prioritize-google-products-over-competitors). Google makes five times more revenue through advertising on its own properties as it did selling ad space on third-party websites (https://abc.xyz/investor/static/pdf/20200204_alphabet_10K.pdf?cache=cdd6dbf).

Still, Google is very useful at this point in time. It constantly makes improvements such as searching with a camera or just humming to find a song. But it’s also true that Google can bury better results if doing so helps it make money or prioritise another Google service.

Google defends such complaints saying that it organises information in a way that’s more modern and that people find useful. “Providing feedback links, helping people reformulate queries or explore topics, and presenting quick facts is not designed to preference Google.

These features are fundamentally in the interest of users, which we validate through a rigorous testing process,” a Google spokesperson said (https://themarkup.org/google-the-giant/2020/07/28/google-search-results-prioritize-google-products-over-competitors).

However, apprehensions remain as Google wields near monopoly power. It is difficult to prove whether it is deliberately created or an outcome of natural monopoly. But conflict of interest surely exists. Search results lead to sites which promote economic interest of the search engine itself. Google’s conflict of interest can lead users to make bad choices. Possibilities of privileging Google’s own inferior services while demoting competitors’ offerings are real ones. Google’s ability to push its own products has quietly reshaped the contours of the economy. The bottom line is that Google is making huge profits and consolidating its market share. But are users getting the desired results? (https://www.washingtonpost.com/technology/2020/10/19/google-search-results-monopoly/)

The first round of judgement last week in the US dismissed the antitrust cases against Google. However, this issue is not over yet.

There are a series of hearings scheduled over the next two years. Such cases also crop up in India. The question remains whether Google manipulated its way to the top. There is no easy answer to this question. Google has reached almost the status of a monopolist. Whether it is a natural monopoly or a strategic monopoly is not very clear.

Google has always maintained that it never violated existing anti-trust laws and attributes its pre-eminent position to its innovative capabilities. Users have mixed responses, but they don’t have much choice. It would be interesting to see how things pan out in the future as it has worldwide repercussions.

(Dr. Kingshuk Sarkar is an independent researcher and also works as a labour administrator with the Government of West Bengal. He had earlier served as a faculty of the V V Giri National Labour Institute, Noida, and NIRD, Hyderabad. The views expressed are personal.)