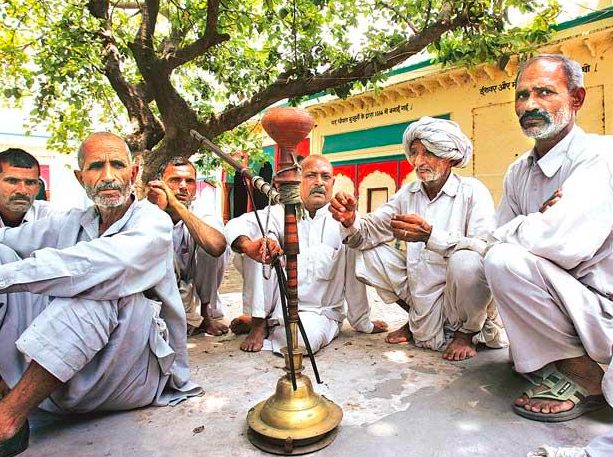 Has Congress Reneged on its Promise of Securing Adivasi Rights in Chhattisgarh?

Nearly three years after the Congress party was elected to power in Chhattisgarh, its promise of framing rules to safeguard rights of Adivasis in the face of rampant exploitation of the state’s mineral resources has remained on paper. As a result, discontent is writ large amongst Adivasi communities in Chhattisgarh many of whom have already taken to the streets to secure their rights.

More than 25 years after the Panchayats (Extension to Scheduled Areas) Act, 1996 was enacted in Parliament, the state of Chhattisgarh is yet to formulate rules for its implementation. Popularly known as the PESA Act, it assures local self-governance through Gram Sabhas, the most basic units of the Panchayati Raj system in India.

On August 30, members of the Chhattisgarh Sarv Adivasi Samaj, an organisation which works towards securing rights of tribal communities, held protest demonstrations in as many as 15 districts of the state. They alleged the Congress party of reneging on its promise of formulating PESA rules in the state once it was elected to power. The protestors blocked roads and stopped trains on their tracks threatening to impose a complete economic blockade across Chhattisgarh if their demands were not met.

“How long does it ideally take for a government to formulate rules and implement those if the objective and intention are clear? Governments do not take more than a week generally to frame rules where it concerns the interests of the corporate sector and big business houses. We are living in a political climate where governance is entirely focused on the benefits of the corporate sector at the cost of the poor and disadvantaged sections of the society,” eminent leader and five-time Congress MP from Chhattisgarh, Arvind Netam, told NewsClick.

The PESA rules were hardly ever talked about during the 15 years of BJP rule in Chhattisgarh under Chief Minister Raman Singh. However, prospects of the rules finally being formulated brightened after Congress secured a landslide victory in the 2018 Assembly polls by securing 68 of the 90 seats in the state. During the run-up to the last Assembly elections in Chhattisgarh, the Congress party had promised that rules for implementation of the Act will be formulated if it is elected to power. This promise was also a part of the Congress manifesto, Jan Ghoshna Patra, which was released by party leader Rahul Gandhi in November 2018 in Rajnandgaon, the constituency of former BJP chief minister Raman Singh. At the time of the release of the manifesto, Gandhi was the Congress president.

“Since the promise of framing PESA rules for Chhattisgarh was a part of the Congress’s pre-poll manifesto, its non-implementation nearly three years later goes a long way in reflecting upon the party’s top leadership in Delhi,” said Netam, who was also a former Union Cabinet minister.

Also read: No Bar on Illegal Miners as Goa Set to Resume Mining

In June 2020, the Chhattisgarh Congress government led by Chief Minister Bhupesh Baghel, initiated the process of formulating PESA rules through consultations with various stakeholders. For more than six months thereafter, a number of meetings were held with representatives of Adivasi communities, tribal leaders, tribal rights and advocacy groups for formulation of the rules. Clusters of blocks and districts were included in these meetings. These consultations took place under the guidance of Chhattisgarh’s Panchayat and Rural Development Minister Tribhuvaneshwar Saran Singhdeo.

“A 64-page booklet containing PESA rules was compiled following a four-day brainstorming session that was held in Raipur in between February 1 and 4, 2021. The ministers in charge of panchayats and tribal welfare, respectively, attended the final day of this session along with senior bureaucrats of their ministries. Representatives from the office of Chhattisgarh chief minister as well as those from the office of Congress leader Rahul Gandhi attended the final day of this brainstorming session,” said Narayan Markam, Chhattisgarh Regional President of the Gond Community.

When contacted by NewsClick, the Congress in-charge of Chhattisgarh, PL Punia, refused to comment on the matter. An aide of Panchayat Minister Singhdeo promised that the latter would return a call with details about the status of finalisation of the rules. There had been no response from Singhdeo till the time that this news article was published.

Ten out of the 32 districts in Chhattisgarh fall under the category of Schedule 5, as per the Constitution of India, because of the preponderance of Scheduled Tribe or Adivasi population in them. More than 30% of the population of Chhattisgarh belongs to the category of Scheduled Tribes. The state is also rich in natural resources including minerals like coal, bauxite and iron ore. But Chhattisgarh is also a hotbed of Left-wing extremism, which has often been attributed to rampant violation of rights of Adivasis in the ceaseless pursuit of exploiting precious natural resources of the state.

Shailesh Nitin Trivedi, the Communications in-charge of Chhattisgarh Pradesh Congress Committee, told NewsClick that the government is working towards finalising PESA rules in the state.

“These rules will definitely be finalised before the end of the current term of the Congress government. There are certain challenges too in formulating the rules because sizable proportions of non-tribal population also reside in districts that are categorised as Schedule 5. We are trying to address these challenges and, at present, Chief Minister Bhupesh Baghel and Panchayat Minister TS Singhdeo are working in a collaborative manner to finalise the rules. Our mandate is for five years – each and every promise made through our manifesto will be kept,” said Trivedi.

The PESA Act was formulated to safeguard traditional rights – including customary, religious and cultural – of Scheduled Tribes in their areas. It empowers Gram Sabhas, the basic unit of governance, in granting approval to developmental works and powers to control institutions and functionaries in all social sectors and local plans in areas designated as Schedule 5.

It has been alleged in the past that various state governments have infringed upon the rights of Scheduled Tribes by either diluting the provisions of the PESA or simply by not formulating the rules for its implementation despite two-and-a-half decades after its enactment as has been the case with Chhattisgarh, Madhya Pradesh, Jharkhand and Odisha. This, consequently, has led to bypassing of rights of Adivasis when it comes to matters of land acquisition or preservation of community rights over forests and natural resources. The bypassing of rights of the Adivasi population has, in turn, helped corporate giants, who have been granted leases and licenses by various state governments, in their exploitation of natural resources.

The most glaring example of how Adivasi communities can safeguard their rights under the PESA Act was the rejection of a proposed bauxite mining project in the Niyamgiri Hills of Rayagada and Kalahandi districts of Odisha. The area where the mining project had been approved by the state government falls under those parts of Rayagada and Kalahandi districts that have been designated as Schedule 5 areas.

Following a Supreme Court directive in April 2013, Gram Sabhas of at least 12 villages in these two districts were consulted, in accordance with the provisions of the PESA, on whether to retain Odisha state government’s decision to allow mining of bauxite from the Niyamgiri Hills for Vedanta’s proposed aluminum smelter in Lanjigarh. The Odisha government had set up a special purpose vehicle (SPV), with Sterlite Industries, a subsidiary of Vedanta, having 49 per cent stake in it, for carrying out bauxite mining in Niyamgiri. However, the concerned Gram Sabhas had not been consulted before granting the mining lease.

In a historic decision in August 2013, all 12 Gram Sabhas rejected the mining proposal thereby putting an end to Vedanta’s plans to extract mineral resources from a place that was sacred and important to local Adivasi communities.