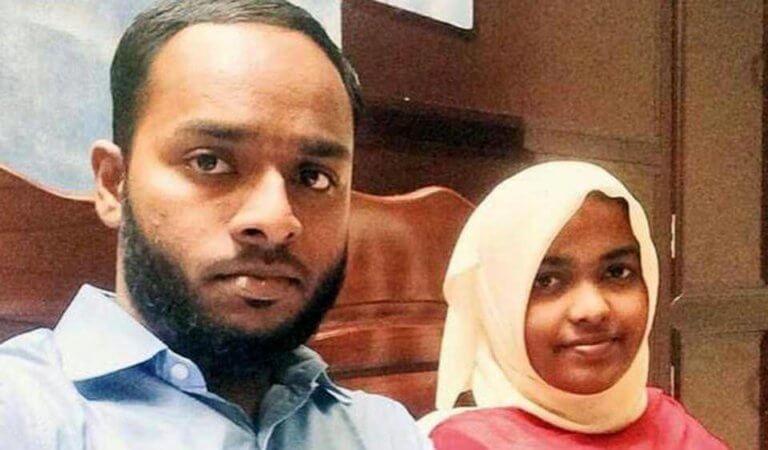 Hadiya has the right to love and marry whoever she wants

We have a constitution which guarantees freedom of religion which includes the right to convert to any religion. Why then must Hadiya be denied agency to convert?

The Supreme Court today ordered that Hadiya be produced in court on November 27 to speak in her own voice on her conversion to Islam and her marriage. She has been kept captive by her father after a division bench judgement of the high court of Kerala. Earlier, the same high court, after interviewing her had refused to hand over custody to her father, after being satisfied that she converted and married of her own free will. A change of judges led to a change of heart in the court .

The court declared the marriage void in a habeus corpus petition. Such a petition can only be used to check if a person is kept in unlawful custody, and nothing more. It literally means ‘produce the body’ that has been kept in unlawful custody. In this case, the petition was filed by the father to produce his daughter. The validity of the marriage could not be gone into by the court, but it did, holding that a qualified homeopath would not convert to Islam.

Kerala offers very famous cases of Hindus who have converted to Islam, including the late poet and writer Kamala Das. What was so strange about Hadiya’s conversion, when she herself appeared in court and stated that her conversion was voluntary?

We have a constitution which guarantees freedom of religion which includes the right to convert to any religion. Why then must she be denied agency to convert? And why must she be prevented from marrying a man of her choice? To this, the only answer given is that her husband is recruiting for the Islamic State. Today the Supreme Court asked which law prevents a woman from falling in love with and marrying a man who is a criminal, if indeed he is one?

The case raises issues which are fundamental, such as the limits of parental control over their adult children. When does guardianship end and independent agency begin? Hadiya’s is 27 years old and with a mind of her own. To keep her in parental custody is nothing short of unlawful confinement. So complete is the custody that she has not been able to file a petition in the supreme court; the petition has been filed by her husband. An earlier plea to allow her to file an affidavit was turned down by the court.

She will now have to be produced in court, but by whom? By her custodians, her parents who have denied her access to the world? Is this fair process?

She must be set free and allowed access to her friends, husband and her lawyers before she is produced in court .

Playing politics over the bodies of women, always women, denying them agency in the matter of love and marriage is a game played by upper caste parents with their daughters who marry outside their caste in the name of “kidnapping”. The courts have not taken kindly to these tactics in being satisfied that the relationship is voluntary .our efforts to encourage inter caste marriages and now inter faith marriages have miserably failed, making a mokery of our secular credentials. One wonders whether similar custodial rights would be granted to Muslim parents if their daughters converted to Hinduism. Politics are best kept away from inter personal issues.

One Hindu woman converting to Islam and marrying one Muslim, cannot pose a threat to national security! No one prevents the State from investigating threats to national security, but to say that an adult woman must not be allowed to convert to Islam or marry the man she loves violates her right to personal liberty and her right to freely practice the religion of her choice.

Indira Jaising has represented Hadiya’s husband, the petitioner, in the Supreme Court

The article first appeared in Hindustan Times on 31st October, 2017.