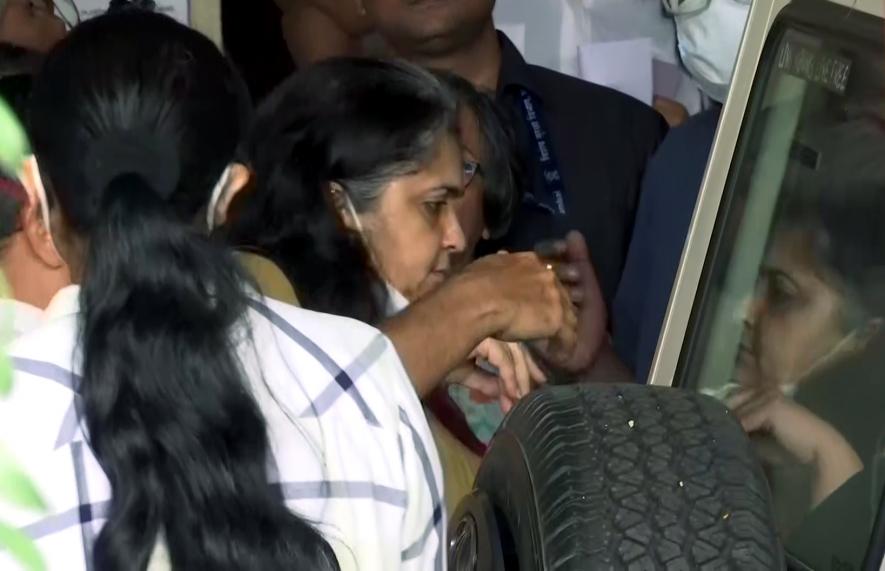 THE Gujarat anti-terrorist squad on Saturday went to activist Teesta Setalvad’s house in Mumbai and took her to the Santacruz police station hours after Home Minister Amit Shah claimed her NGO gave baseless information about the 2002 Gujarat riots to the police, the Scroll.in reported.

A lawyer familiar with the situation told Scroll.in that a first information report was filed against Setalvad and several others on Saturday under Indian Penal Code Section 468 for forgery. He said the police wanted to take the activist to Ahmedabad for questioning.

Shah, in an interview with news agency ANI, accused Setalvad of giving baseless information. He said, “I have read the judgement very carefully. It clearly mentions the name of Teesta Setalvad. The NGO that was being run by her – I don’t remember the name of the NGO – had given baseless information about the riots to the police.”

His comment came following the Supreme Court dismissing a plea by Zakia Jafri, wife of late Congress leader Ehsan Jafri who was killed during the 2002 Gujarat Riots. The court also upheld the Special Investigation Team’s 2012 clean chit to Prime Minister Narendra Modi in the Gujarat riots case, which was challenged by Jafri.

The apex court further said that the appeal was “devoid of merits” and that Setalvad, a co-petitioner in the case, had exploited the emotions of Jafri.

On the other hand, LeftWord Books and Vaam Prakashan published a statement on Staurday in support of Setalvad, saying, “We are proud of having published her memoirs, titled Foot Soldier of the Constitution, in 2017.” They said, “At LeftWord Books and Vaam Prakashan, we are deeply disappointed by the Supreme Court judgement that not only upholds the SIT narrative of what happened in Gujarat in 2002, but also questions Teesta Setalvad’s motives with little factual basis. By doing so, the Supreme Court also implicitly undermines Zakia Jafri’s agency and courage.”

The statement further said,  “Over the years, Teesta Setalvad, her associates, and the organisations that she’s worked with have faced several attempts to besmirch their reputation. Each time, these attempts have failed because they are based on falsehoods.”

(This is a developing story. It will be updated as and when new information is received.)