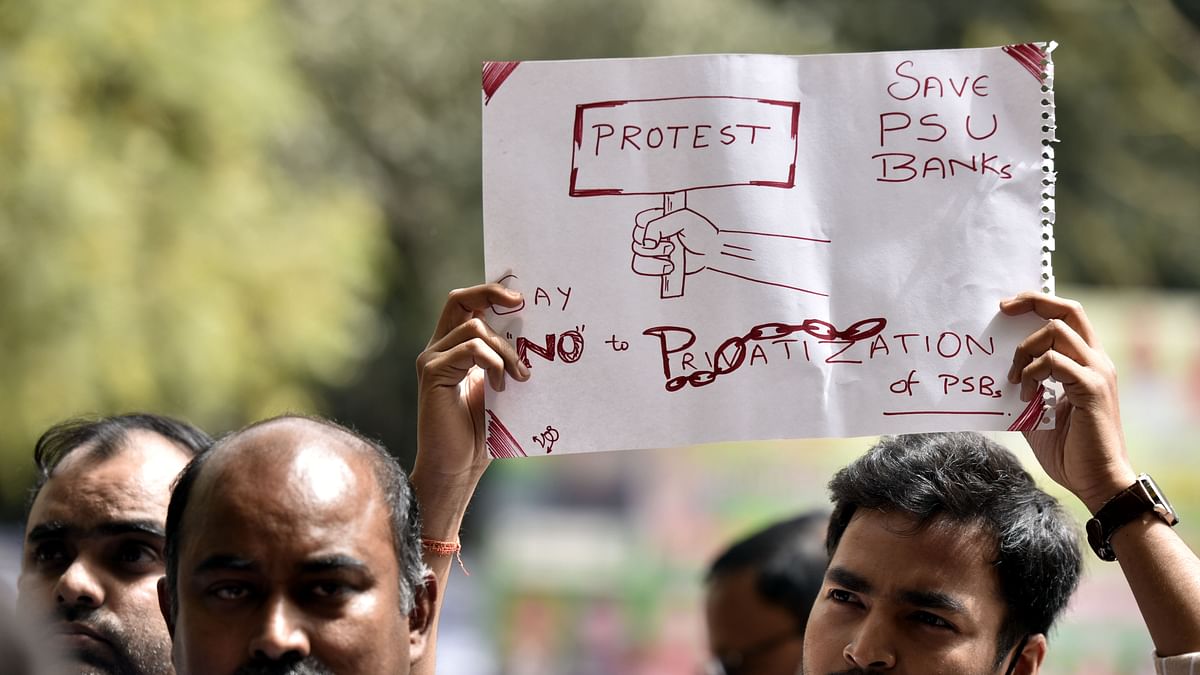 THE government has made no secret of its intention to hand over India’s public sector to favoured corporate houses and foreign multinationals. And this is backed not by any economic argument, but rather by its desire to raise resources for government expenditure, thereby betraying both its utter ignorance of economics and its bloody-minded determination to favour its crony corporate houses.

The public sector in India emerged out of the anti-colonial struggle. Colonialism entailed not just the political rule by a foreign power, but the control over the nation’s natural resources by foreign capital.

Decolonisation was not just to be political, but also above all economic, the nation wresting back control over its resources from the hands of foreign capital on behalf of the people as a whole. The public sector was to be the representative of the people as a whole: in fact, there could be no other body that could possibly play this role.

Likewise, if the stranglehold of metropolitan capital over the economy was to be removed in the interests of the people as a whole, then the only body capable of replacing it was the public sector.

An instance of this was the behaviour of banks after their nationalisation, when they ceased to act as mere resource-raisers for the specific business houses that owned them, but became massive mobilisers of deposits, and distributors of credit to large segments of petty producers, including peasants, who had been hitherto excluded from institutional credit.

Nationalised banks, from being adjuncts to corporate houses, became constituents of a financial network, the like of which the world had never seen before, in the sense of credit being disbursed on such a scale to individual peasants and petty producers. It is this which made the Green Revolution possible and gave the country a modicum of food security.

All this should be and used to be, well-known. But it is worth repeating for the benefit of the BJP that was neither a participant in the anti-colonial struggle nor a party that understands or appreciates the importance of food security (as is obvious from its current efforts through the farm laws to open the country to “food-imperialism” of the metropolis). It is also well-known that the pursuit of neoliberal policies, long before the Modi government came to power, was meant to, and did, undermine the public sector.

The argument that the public sector was “inefficient” because it did not earn profits, as the private sector did, prepared the ground for this; it was indicative of a lack of understanding of the basic rationale of this sector. (This is not to say that the public sector should necessarily always make losses).

There was this utterly absurd and illogical argument that resources raised through the sale of public sector equity could be used to finance government expenditure in a manner that was “safe” and obviated any recourse to a fiscal deficit. The Modi government has apparently swallowed this argument and is planning to privatise large chunks of the public sector as a means of escaping the fiscal bind in which it finds itself.

The absurdity of this argument can be seen as follows. When the government spends an additional Rs 100, say by raising the money by borrowing initially from banks, then there would be an increase in the level of aggregate demand, and hence in output and income.

Ignoring foreign transactions for simplicity, this process of income generation will go on and on until the additional private savings generated from the additional income, and hence the addition to the excess of private savings over private investment (which is assumed unchanged in the period under question) exactly equals Rs 100. The government can borrow these Rs 100 by selling its bonds and return the money to banks. In the case of sales of public assets, we can visualise an exact repeat of the same process, except that the government sells equity of public sector assets instead of bonds to raise this Rs 100.

There is thus no difference between the two cases, except with regard to the nature of the government paper that is sought to be sold to the private sector, bonds in one case and equity in another.

The IMF, and finance capital in general, do see a difference between the two ways of financing. They do not count public asset sales as part of the fiscal deficit. But this is because they have a vested interest in doing so.

They are motivated not by economic reasoning but by ideology because they want to see the end of the public sector that was meant to be a bulwark against imperialism and remains a potential bulwark even when the pursuit of neoliberal policies has reduced it to a shadow of its former self.

Some official spokesmen have sought to project “non-debt creating” resource mobilisation such as what selling public assets entails, as being a somehow superior way of raising resources. But this makes little sense: the sale of a public asset means the loss of a stream of future revenues from this asset which is exactly on a par with the stream of interest payments on government bonds that are floated to cover a fiscal deficit.

The problem with financing government expenditure with a fiscal deficit is not what spokesmen of finance capital usually claim.

The problem is that it adds to private wealth quite gratuitously. In the above example when the government spends Rs 100 and sells bonds to mop up the additional savings in private hands its expenditure has generated, these additional savings have accrued to the private savers, not because of anything they have done; the savings have simply fallen into their laps.

These savings constitute additions to private wealth, which means the wealth of the rich since the working people more or less consume what they earn and hardly manage to do much savings. If this amount of  Rs 100 was taxed, then the wealth of the rich would remain exactly where it was in the initial situation, not reduced in any way.

Exactly the same is true when instead of a fiscal deficit, public sector assets are put into private hands: additional wealth is gratuitously handed over to the rich; they become richer, exacerbating wealth inequality.

This could have been avoided if this amount of Rs 100 were taxed away from them. In fact, giving away public sector assets is even more inequalising than selling bonds, since such assets are invariably sold at throwaway prices.

It is shameful for the government of a third-world country that already has extreme wealth inequality, to exacerbate such inequality, through the sale of public assets to garner resources for government expenditure, instead of imposing a wealth tax.

If the government is loath to impose a wealth tax, then it could at least increase the rate of profit taxation, which too would keep wealth inequality in check.

If even a higher rate of profit taxation is beyond its capacity, then it can, in consultation with states, always raise the GST rate on luxury goods (i.e., goods consumed by the capitalists and their hangers-on).

This would leave profits in real terms, i.e., deflated by the price index of the goods that the capitalists and their hangers-on consume, unchanged compared to the original situation, and yet raise resources for government expenditure. But it would not give the capitalists anything extra, such as what either a fiscal deficit or a sale of public assets would do.

The Modi government’s desire to privatise public sector assets, therefore, quite apart from being a strategic blunder from the point of view of the nation, does not make any economic sense, even on the grounds claimed by the government. (IPA Service)