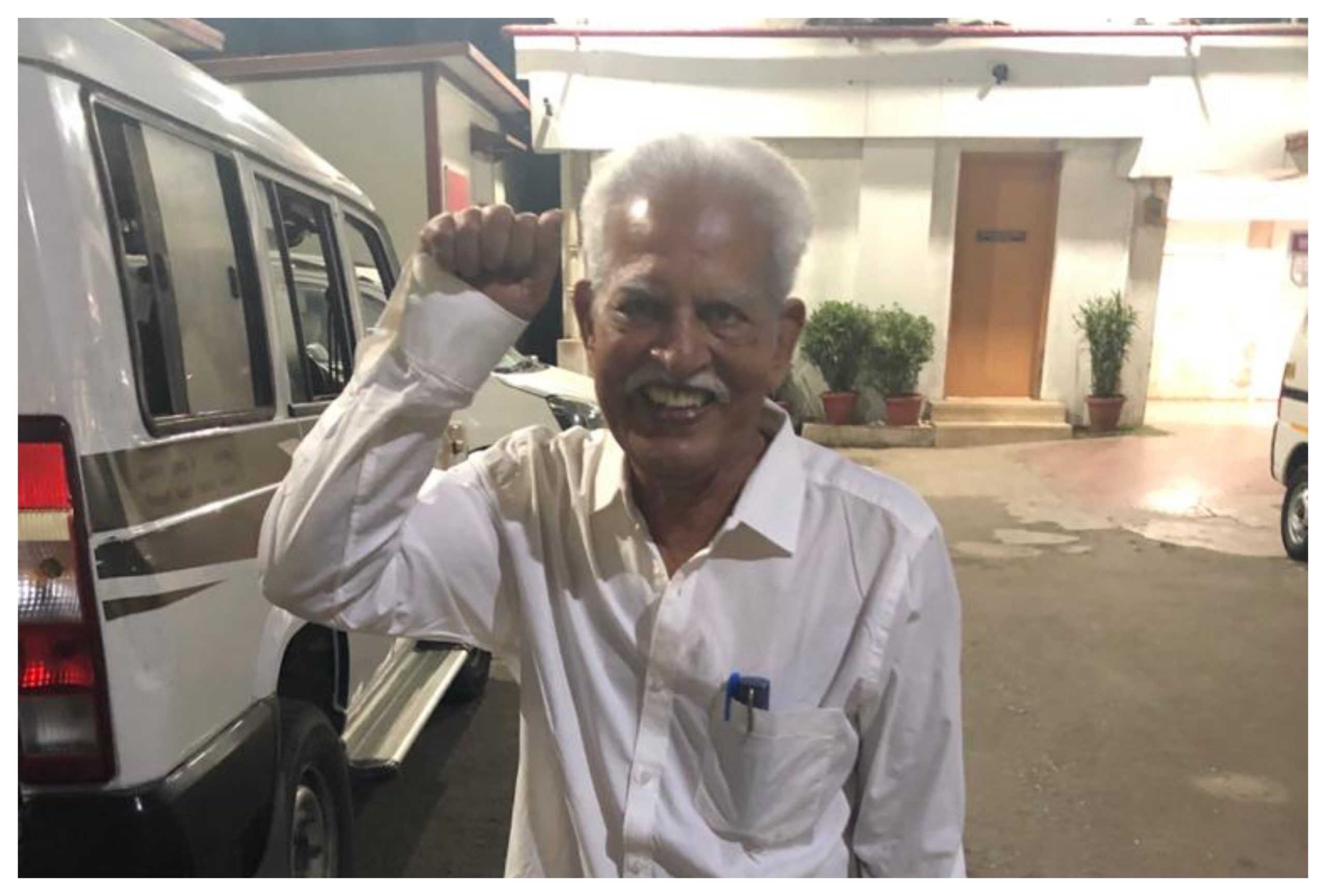 A week after he was granted medical bail by the Bombay High Court, Dr. PV Varavara Rao was set free from judicial custody late last night.

Rao is an accused in the Bhima Koregaon case, facing charges under the Unlawful Activities (Prevention) Act’ (UAPA).

A division bench of Justice SS Shinde and Manish Pitale, ordering the release of Rao on medical bail for six months, said it would have abdicated its duty in protecting his fundamental rights if it had denied bail to the ailing Telugu poet.

“With all humility at our command, keeping in view human consideration, the well recognized fundamental rights of the undertrial to have quality medical aid for serious ailments suffered by him, advanced age, inadequate facilities in the hospital attached to the Taloja Central Prison, we are of the opinion that this is a genuine and fit case to grant relief; or else, we will be abdicating our constitutional duty and function as a protector of human rights and right to health covered under right to life guaranteed by Article 21 of the Constitution of India”, the bench said.

The bench added that the condition of old age, sickness, infirmity and multiple health ailments suffered by Dr. Rao indicate that his continued custody would be incompatible with his health conditions and that sending him back to Taloja Central Prison would amount to endangering his life, thereby violating his fundamental right under Article 21 of the Constitution of India.

The court also disapproved the stand taken by the National Investigation Agency that the accused was not entitled to any relief under humanitarian or any other grounds keeping in mind the gravity of the offence and its baring on the state.

The bench, however, imposed stringent conditions for him to follow while on bail. They are: Dr. Rao will not leave the jurisdiction of the Special NIA Court; will attend the NIA court whenever summoned; will deposit his passport; will not speak to the media about his case; will not tamper with evidence or influence witnesses.

Both Senior Advocates Indira Jaising and Anand Grover argued that considering Dr. Rao’s age, medical history, and multiple health complications, the prison atmosphere was absolutely not conducive to his mental and physical well-being, a fundamental right of every prisoner.