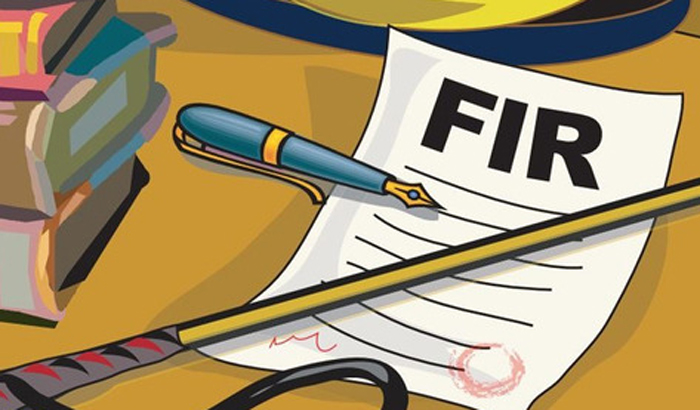 In the first part of a new explainer series on criminal law, BARUN KUMAR explains the relevance and significance of the first information report (FIR), which is one of the most critical documents for prosecution under criminal law.

SIMPLY put, FIR is the first-in-time information pertaining to an offence which has to be recorded by the Police Station In-charge. Based on the nature of information, an FIR is required to be registered either under Section 154 or Section 155 of the Criminal Procedure Code (CrPC). The information so received, if it constitutes an offence which is recognised as cognizable in nature, has to be registered in the form prescribed by the National Crime Records Bureau (NCRB), whereas if the information received does not constitute cognizable offence, it is then registered in a separate register, to be maintained by the in-charge of the concerned police station.

It is necessary to note that so long as the information discloses an offence, the Station in-charge is duty bound to record it in the manner stated by the informant and provide a copy of it then and there itself to the informant. They cannot legally refuse or delay recording the information so received.

Classification of an offence in cognizable and non cognizable is defined both in the penal provision itself as well as in the Ist schedule of CrPC. In the latter, offences under the Indian Penal Code are tabulated against six different heads: Column 4 therein provides whether the offence is cognizable or non-cognizable. Whereas Part II of the said schedule provides a general classification of offences under laws other than IPC, wherein offences with punishment of three to seven years are categorised as Cognizable, and those below three years as non-cognizable.

It must be noted here that many of the special laws have a non-obstante clause by which even offences punishable to the extent of three years or less are made cognizable. In the context of the FIR, the term ‘cognizable’ is meant to distinguish the powers, duties and mandate of investigating and prosecuting officers involved in the offence.

An FIR of non-cognizable information does not bind a station in-charge to investigate or take action, but it is mandatory upon him to register the substance of such information and then refer the informant to the Magistrate.

The police officers have no inherent right or power to investigate a non-cognizable offence, and the same can be done only after obtaining an order to that effect from the Judicial Magistrate. Once he obtains such an order, he gets all the powers that an investigation officer has while dealing with cognizable offences. However he cannot effect an arrest without a warrant.

At the same time, if the information discloses more than one offence and at least one of them is cognizable, then the whole case itself is deemed to be cognizable in nature with no restriction on powers of investigation officer.

Information relating to a cognizable offence has to be recorded or reduced in writing verbatim as stated by the informant. While station in-charge is supposed to record only the substance in non-cognizable offences, in cognizable ones he cannot cherry pick or refuse to record any part of it. The law mandates that on such information being received and recorded, it shall be read over to the informant, thereon his signature be obtained after they accept the contents to be correctly recorded.

After such signature, a copy of the report has to be forthwith supplied to the informant, that too free of cost. Simultaneously, a report has to be submitted to the Magistrate, who has power to take cognizance of an offence on a police report.

When any information comes to the knowledge of concerned Station in charge disclosing cognizable offence, he need not wait for an informant to come forward, and has all the powers to take cognizance of it on his own.

Remedy when FIR is not recorded

If the station in charge refuses to register the FIR, an informant can write to the Superintendent of Police/Commissioner of Police bringing such information to her knowledge. If the said SP/CP is satisfied that the information discloses a cognizable offence, it becomes mandatory upon him to either investigate the matter himself or through an officer subordinate to him. In that case, such an investigation officer gets all the powers that a station in-charge will have in regards to that offence.

It is also important to note that when the information pertains to commission of cognizable offence against the person of a woman, such information has to be necessarily recorded by a woman police officer. At the same time, in events of physical or mental disability of the informant owing to such occurrence, the law requires that such information has to be registered at the residence or at the convenient place of such person’s choice, and if so needed, in the presence of an interpreter or special educator. Such a statement has to be video graphed.

At the same time, the duty is cast upon the police officer to get the statement recorded by a judicial Magistrate under Section 164 of CrPC as soon as possible.

The last and most important part pertains to action taken by the station in charge, i.e., who is entrusted with the investigation, his rank and other details. If there is a refusal for investigation, the reasons thereof, followed by details as to time and dispatch of the report to the Court must be mentioned as well. Most crucially, it necessarily needs to include that on the point of jurisdiction, the FIR has been transferred to a police station within whose local limits the offence is alleged to have been committed.

For recording the information of an offence, it is not a condition precedent that the alleged act must have occurred within the local limits or jurisdiction of that particular police station. Legally speaking, the station in-charge is duty bound to record the information of cognizable offence irrespective of the fact that it has taken place within his jurisdiction or not.

However, it is binding upon him to reduce such information in writing and transfer the FIR to the police station where the place of occurrence is situated. When it is evident that the disclosed cognizable offence is allegedly committed within the jurisdiction of some other police station, the station in charge is duty bound to register the FIR as a ‘zero FIR’ and then transfer the same to the concerned police station.

A direction issued by the Union Ministry of Home Affairs dated May 10, 2013 has mandated such action by inviting attention to the relevant legal provisions, and has also made it clear that on failure to comply with the instructions, the concerned officer shall invite prosecution under Section 166A of IPC or departmental action or both.

While the FIR itself is not a substantive piece of evidence, it has got a unique and critical value. The contents of the FIR set the law of criminal procedure in motion. Therefore, the contents of an FIR become crucial in evaluating the investigation and case of the prosecution.

A timely FIR with all possible details helps in building strong prosecution, whereas an FIR suffering from the vices of exaggeration, ambiguity, falsehood or false implication which would impeach the credit and question the intentions of the informant have proved to be fatal for the prosecution. While balancing between the right of the victim and right of the accused, a blotless prosecution plays a pivotal role.

Given that the prosecution has to prove its case beyond reasonable doubt, but if the accused creates any doubt in the story of the prosecution, he is entitled to acquittal, it is always advisable to register the complaint only about the facts perceived by the informant and leave all other parts for the investigator.

(Barun Kumar is a Nagpur-based lawyer specializing in human rights and criminal law. The views expressed are personal.)