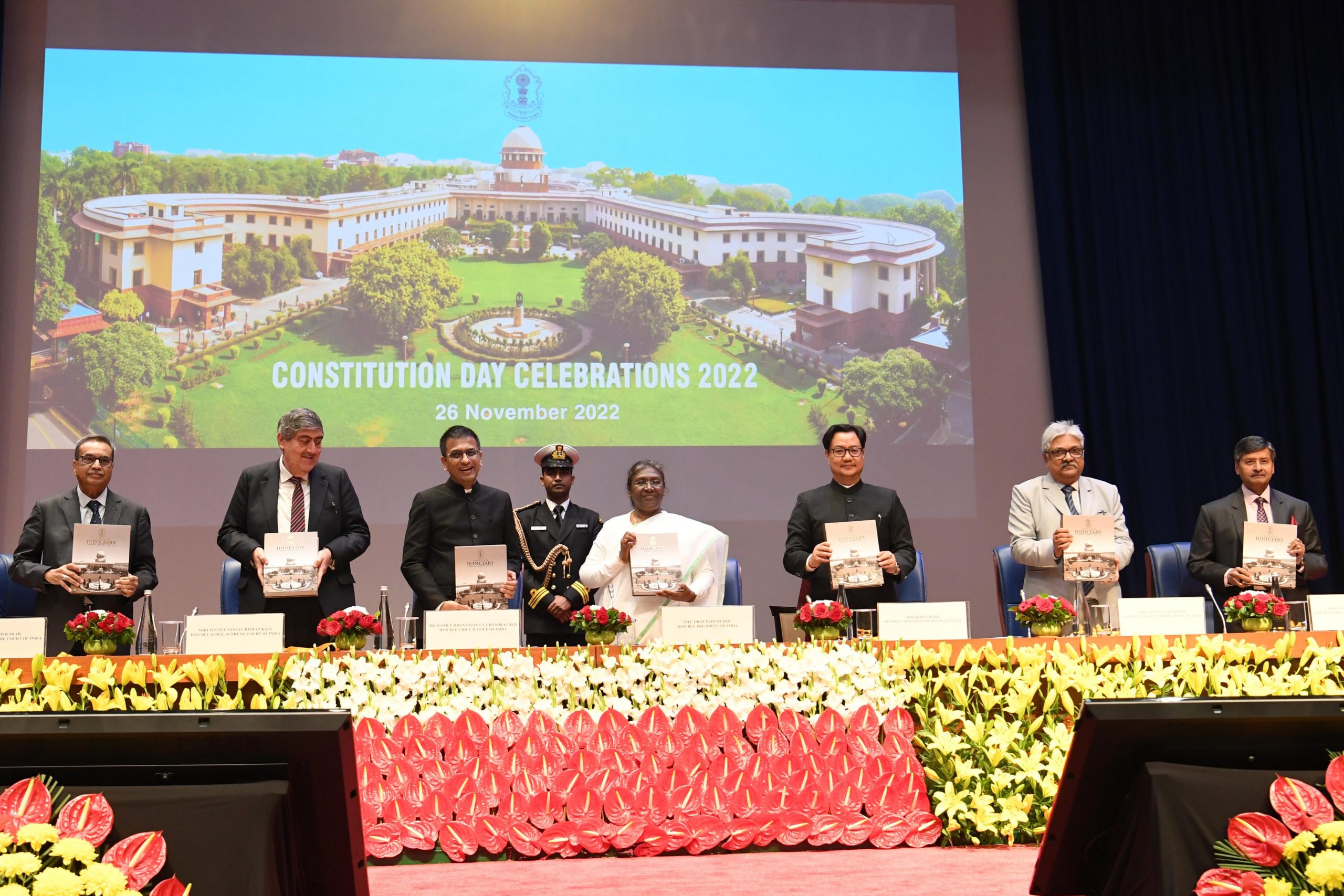 Prime Minister emphasised “We, the People”
He said that’s a “call, a trust and an oath”
But to really bring about a transformation
Till now the system has seemed loath

Law Minister said they’re doing everything
To keep relationship with judiciary cordial
Despite the “visionary leadership” he praised
Appointments of milords are an ordeal!

The CJI spoke eloquently when his turn came
Said judges must open minds to multiple views
Question their own prejudices, preconceptions
So that the marginalised are given their dues

The AG felt Government must not overload SC
With cases and statutory appeals without pause
For getting justice any court was good enough
Why convert the SC into a Court of Small Cause?

The best speech was by the President of India
Who linked society’s progress to number of jails
Let’s close down some existing prisons she said
An authentic expression amidst all the fairy tales!