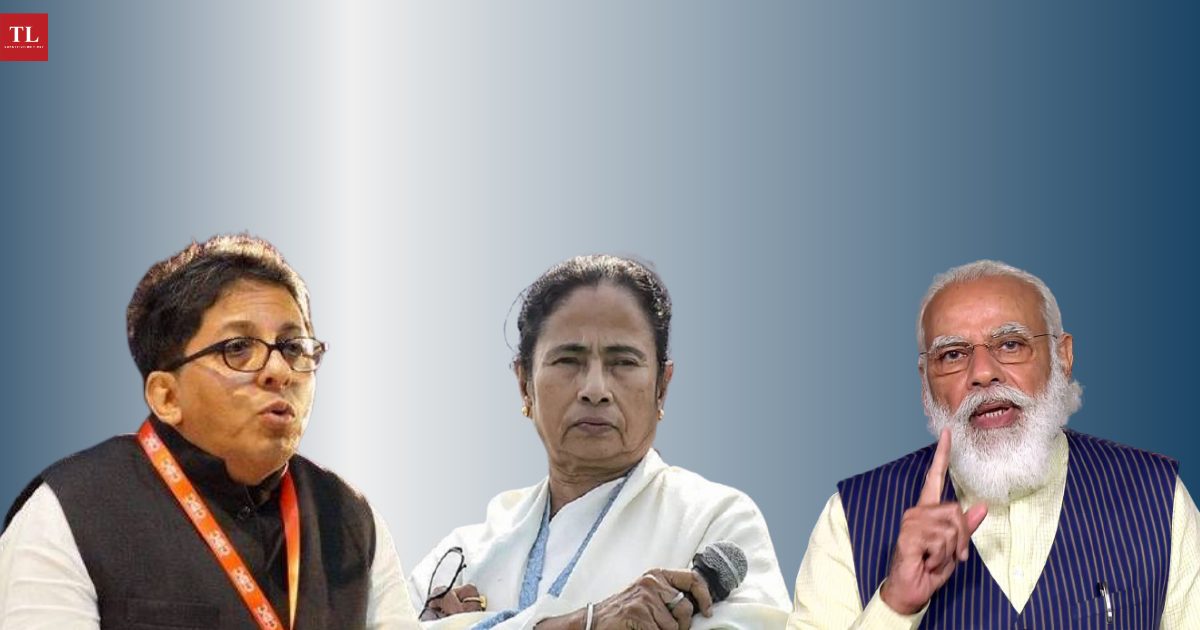 With the recent raging controversy over the recall of the Chief Secretary of West Bengal by the Union Government, and the Bengal Government’s denial of the same followed by the retirement of the officer in question, NEERAJ MISHRA breaks down the dispute and analyses the rules and customary practices governing such deputations in place to make sense of the clash.

WHO appoints the Chief Secretary (CS) of a state after all? Does the Chief Minister have a say in running her own state cadre officers, or can the centre intervene? A few new angles and interpretations have been added to the power tussle transpiring in Bengal.

Some news outlets have reported that “the centre has appointed H.K. Dwivedi as the new Chief Secretary of Bengal”. This can be misleading and interpreted as interference with the state cadre controlling authority. But this situation has arisen because of the multiplicity of rules, authorities, office memos, and customary practice by any government that chooses to misinterpret the powers of the Department of Personnel and Training (DoPT), and seeks more control.

How Chief Secretaries are appointed

In normal circumstances, the appointment of the CS of a state is the exclusive preserve of the chief minister. The CS appointment is essentially a transfer order issued by the General Administration Department of the state government in the name of the Governor, but it can be effectively done only after the chief minister has made her choice.  Of course, in the name of propriety and consideration of period of service, a “zone of consideration” is made out of the senior most officers of the state who have completed 28 years of service, and have been elevated to the highest pay scale and grade, generally referred to as the Additional CS grade.

If we go back a little deeper into how central service officers are appointed, then we realise that all appointments are made in the name of the President of India. But DOPT rules prescribe that cadre control lies in the hands of the “government that the officer is serving”. The President’s powers are delegated to the cabinet sub-committee on appointments, so all appointments to the central government above the rank of joint secretary (JS) are effectively made by this committee.

But there is a process of selection for the consideration of this committee as well. The officer will have to make an application after certain years of service both at the director level and later at the JS level. After the vigilance and confidential report review formalities, the DoPT picks a list from all cadres and recommends it to the cabinet sub-committee which then gives its seal of approval.

A Supreme Court decision has clarified that the heads of the Central Bureau of Investigation and the Finance and Home Ministries should get a fixed tenure of at least two years. In the meanwhile, there have been several recommendations in this regard by various administrative reform commissions too. Relating to the CS of a state, fixed tenure of three to four years has been recommended, but neither the Union Public Service Commission nor the DoPT or state governments has accepted this recommendation for the simple reason that a chief minister needs to hold the administrative reins in their hands and has received a public mandate to do so.

How centre and states can clash over officer appointments

There have been several instances of chief ministers appointing an officer from a junior batch superseding senior available officers, or the state recalling an officer from central deputation to give charge as CS. The case of Vijay Singh, who retired as Defence Secretary under former Prime Minister Dr. Manmohan Singh, is illustrative. He was called by Madhya Pradesh from central deputation to be made CS, and when he was removed with the change of chief minister he went back to the centre and eventually retired as Defence Secretary.

In almost all instances, the central government recognises that even though the DoPT is the mother department, it is clearly laid out that the state’s view is to be taken first as well as the consent of the officer.

In contrast, the centre has a greater degree of control over the Indian Police Service through the Union Home Ministry. The ministry invites a panel of three or five from the state out of the eligible officers, and it can pick an officer it wants out of the three. There is a greater possibility of finding someone ideologically sympathetic in the pack than having to endorse the state’s choice of one.  But these matters are usually settled amicably with the intervention of senior officers at both ends.

But the same rule goes on to say: “Provided that in case of any disagreement the matter will be decided by the central government and the state government will have to give effect to the decision…” This ambiguity has resulted in several contradictory orders in the case of Alapan Bandopadhyay.

What actually transpired in the case of Alapan Bandopadhyay

On May 24 Bandopadhyay was given an extension of three months, which means he would have remained in service till at least August, and thus under the control of central government “if any disagreement arose”. The disagreement happened within four days, and on May 28 another order from DoPT asked the state to release Bandopadhyay for central deputation.

Bandopadhyay smartly chose to retire on his usual retirement date of May 31 instead of going to Delhi for three months, though technically he continued to be in service till August and thus the state would have had to acquiesce.

Chief Minister Mamata Banerjee wrote a letter to the Prime Minister on May 31 referring to the case and events during his visit at Kalaikunda as the reason for the discord over CS.  But she cleverly referred to the “All India service laws, including rules framed by it have federal cooperation as the cornerstone…” Subsequently, the central government realised it could do little to force Bandopadhyay to come to Delhi because he was now retired, so he was issued a show-cause notice under the Disaster Management Act, 2005 (DMA) which contemplates imprisonment of two years for disregarding instruction of the central government, in this case, the Home Minister/Home Secretary.

So what, in short, can the central government do to make Bandopadhyay tow its line? The answer, it seems, is precious little. Remember, the rule book has been written by the IAS itself. Rule 6(2)(ii) of the IAS Cadre Rules says that consent of the cadre officer is necessary for any decision the central government makes. In this case, Bandopadhyay has not given his consent, nor sought a deputation, and has instead chosen to retire. As far as the DMA is concerned, it will be an even more difficult case to make because the Home Ministry will have to prove which instruction had been disregarded by him in the management of Yaas or COVID or whatever other disaster it has in mind.

Overall, it is in the best interest of the state and its people if the chief minister is left to her own devices for administering her domain. The central government has slim control, and in our federal structure, its superiority over states is well established. Constant confrontations can erode that authority and are best avoidable.

(Neeraj Mishra is a senior journalist, farmer, and lawyer based in Raipur, Chhattisgarh. The views expressed are personal.)