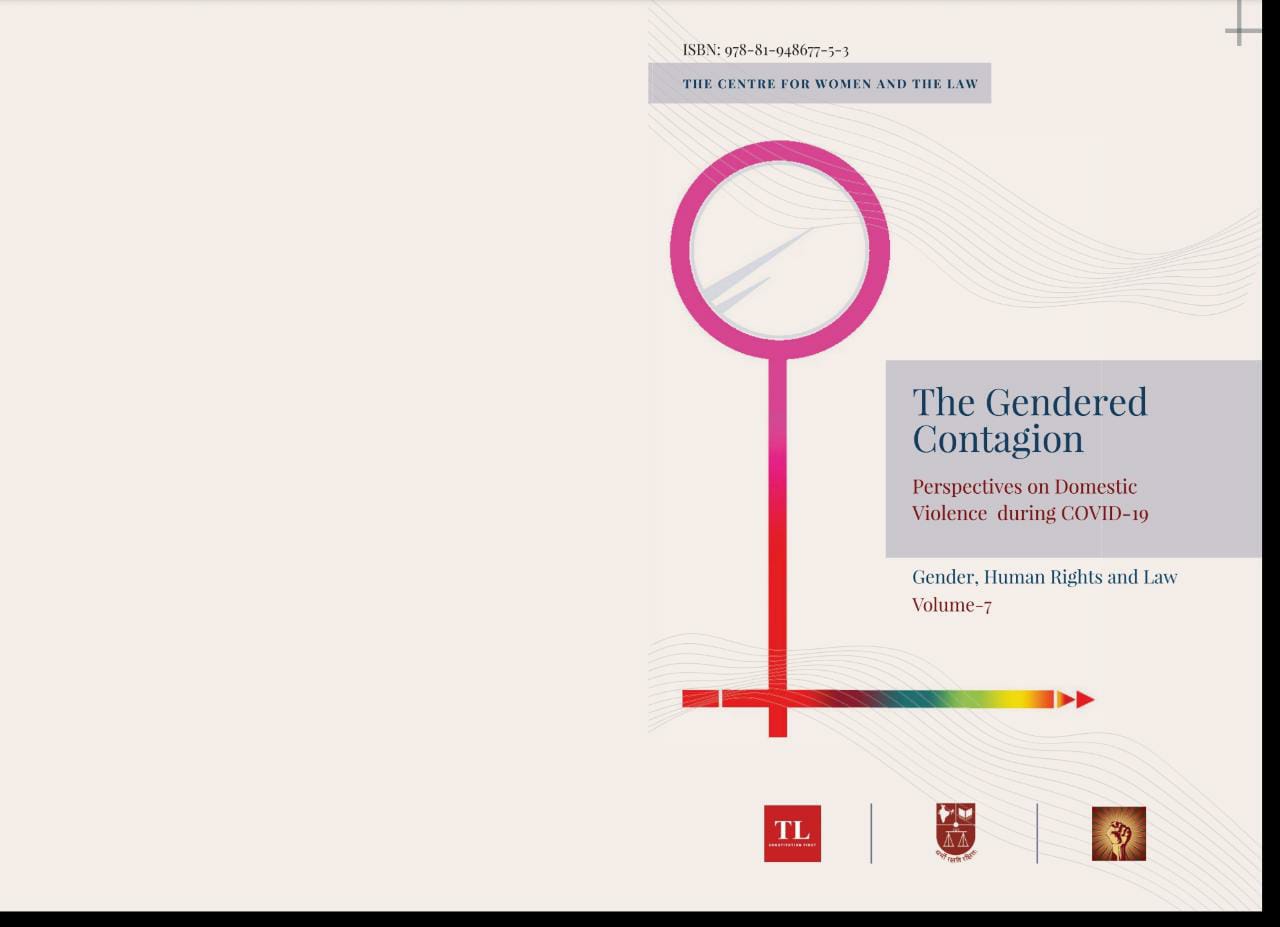 Domestic Violence as the Shadow Pandemic

INDIRA JAISING takes a look at the impact of the Covid-19 pandemic on domestic violence.

THE COVID-19 pandemic compels us to look at the human rights issues from a different lens. Regulations which were authoritarian in nature locked down intimate partners in the same shared household.

A right to reside in a shared household, introduced in the Protection of Women from Domestic Violence Act, 2005, was in danger of being turned on its head and the shared household became a trap rather than a safe sanctuary.

This is probably just an illustration of what COVID-19 did to human beings, generally. Inability to socialise took away from all of us an essential human need resulting in depression for many. It also meant denial of access to justice, because courts were also largely locked down until arrangements could be made for videoconferencing.

To understand the impact of these lockdowns on domestic violence for women, let us step back a bit and understand the inspiration behind the Protection of Women form Domestic Violence Act 2005 which came into force in October 2006.

It is perhaps ironic that for a country which takes nonviolence as its founding faith, it took us more than 60 years as an independent country to come up with a definition of violence against women.

One of the revolutionary features of the Act is that it defines violence between intimate partners not just in terms of physical violence but also in terms of economic abuse, sexual abuse and emotional abuse.

All three forms of violence were likely to be exacerbated during the pandemic, within the four walls of the shared household. We, as human rights activists and as service providers, were faced with an unanticipated challenge.

It is then that one of the primary principles which informed the Act, which till then laid dormant, suddenly came alive. The Act had attempted to put in place multi-focused service delivery, a cradle to grave approach which we described as ‘coordinated response to domestic violence’.

What does this response entail? It entails hand holding of a survivor of domestic violence to empower her to access justice and put her back on her own feet.

The support could come through infrastructure which was put in place by the Act itself. This included the recognition of existing service providers who by authority of law could record domestic incident reports and counsel women on their rights. It also included obligations cast on medical professionals to provide medical services to survivors of domestic violence free of cost.

Most importantly, it created the posts of protection officers who could record domestic incident reports, counsel women, remain present in court when an application for relief is being heard, collect information and evidence under the supervision and direction of the court to enable a prompt and just outcome.

On the same lines, the Nirbhaya Fund was created in the wake of gruesome 2012 gang rape, so that a dedicated amount of money was earmarked for the creation of One Stop Crisis Centres to begin with, one in each district.

Upon perusal of the data tendered by the Ministry of Women and Child Development, it is starkly apparent that there has been an under-utilisation of the funds allocated for setting up crucial support and rehabilitation programs/schemes for victims of sexual assault such as One Stop Centres, among others.

It is evident that from the data available from the Ministry of Women and Child Development, Government of India as was provided before the Lok Sabha on 29.11.2019 as answer to Unstarred Question No. 1903, the total funds allocated to all States/UTs for the crucial One Stop Centre Scheme for victims of sexual offences was Rs. 311.14 Crore out of which only Rs. 42.98 Crore has been utilised. (Table No. 1)

As of the latest data available from the Ministry of Women and Child Development, Government of India as was provided before the Lok Sabha on 07.02.2020 as answer to Unstarred Question No. 925, from the financial year 2016-2017 till the financial year 2018-2019, total amount sanctioned to various states and Union Territories towards One Stop Crisis Centre (OSC) Scheme was Rs. 218.59 Crores, whereas the total amount utilised was only Rs. 53.99 Crores. (Table No. 2)

Fund Allocation and Utilization by the Ministry of Women and Child Development on the One Stop Centre Scheme as on 07.02.2020

While this system has not worked satisfactorily, it was a beginning at creating a network of self-help, a network which could be accessed for self-help by a survivor which could lead to her empowerment. All this has happened under the umbrella of the Protection of Women from Domestic Violence Act 2005.

There have been success stories of the implementation of the Act and there have also been failures. Some States have chosen to appoint a separate cadre of dedicated Protection officers while others have simply given additional duties to the existing bureaucrats.

The work of gender sensitisation of Protection Officers and Judges has continued through State Judicial Academies, with the help of Feminist groups. Several young women who started their careers in NGOs working on the issue of violence against women have been appointed Judicial Officers themselves.

All this meant that before the pandemic broke, there was an infrastructure in place for women to access the justice system.

The pandemic however made physical access impossible. It is in this situation that another success story emerged. As Sangeeta Rege informed us, in Mumbai, NGOs succeeded in getting themselves declared as “essential services”.

This gave their staff the mobility that was required to make home visits on receiving a call from a woman seeking help during the period of lockdown. It was then that the system of coordinated response came alive. It took a pandemic to realise the full potential of the Domestic Violence Law. An observation which comes to mind is that when formal access to courts is difficult, para-legal structures come into play for performing the justice function.

Limits of law in regulating a violence free home

For me, it has been an exciting journey to be part of the drafting process of this law from the drawing board to the courtrooms and now watch its performance during a pandemic. We at the Lawyer’s Collective, monitored and evaluated the functioning of this law for five long years, from 2007 onwards.

In the pandemic, we have seen a fourth model where the courts recede into the background and the coordinated response through service providers and Protection Officers comes into play giving a form of relief to the survivors of domestic violence.

None of this is to say that we have seen the end of domestic violence through a legal process. It can never be so.

The law sets the threshold norm indicating to the general public, the behavior which is considered unacceptable in public policy, in this case domestic violence, between intimate partners. It draws a lakshmanrekha which a perpetrator must not cross.

Ultimately, it is the acceptance of this norm by civil society which will go a long way towards ending domestic violence.

For now, there is cause for alarm. A recent news report and a video which went viral showed a Senior Police Officer, who ironically was in-charge of the Women’s Cell, physically beating up his wife. When questioned by the media, his answer was that, “This is not a crime anyway.”

When is a crime a crime?

I always believed that it was when the law tells us that it is a crime. We do have laws which criminalise domestic violence, Section 498A of the Indian Penal Code.

Why then does a senior Police officer in charge of a women’s cell, say that it is not a crime? This is what impunity looks like, the power to ignore crime, to say a crime is not a crime.

It is this that we need to end if we want to end domestic violence.

[Indira Jaising is a human rights activist and senior advocate at the Supreme Court of India. She is also the co-founder of The Leaflet. The author thanks Nipun Saxena for his inputs. The views expressed are personal. A slightly modified version of this article previously appeared in an edited volume, ‘The Gendered Contagion: Perspectives on Domestic Violence during COVID 19’published by Centre for Women and the Law (‘CWL’) and the Law and Society Committee at NLSIU, Bangalore along with The Leaflet.]