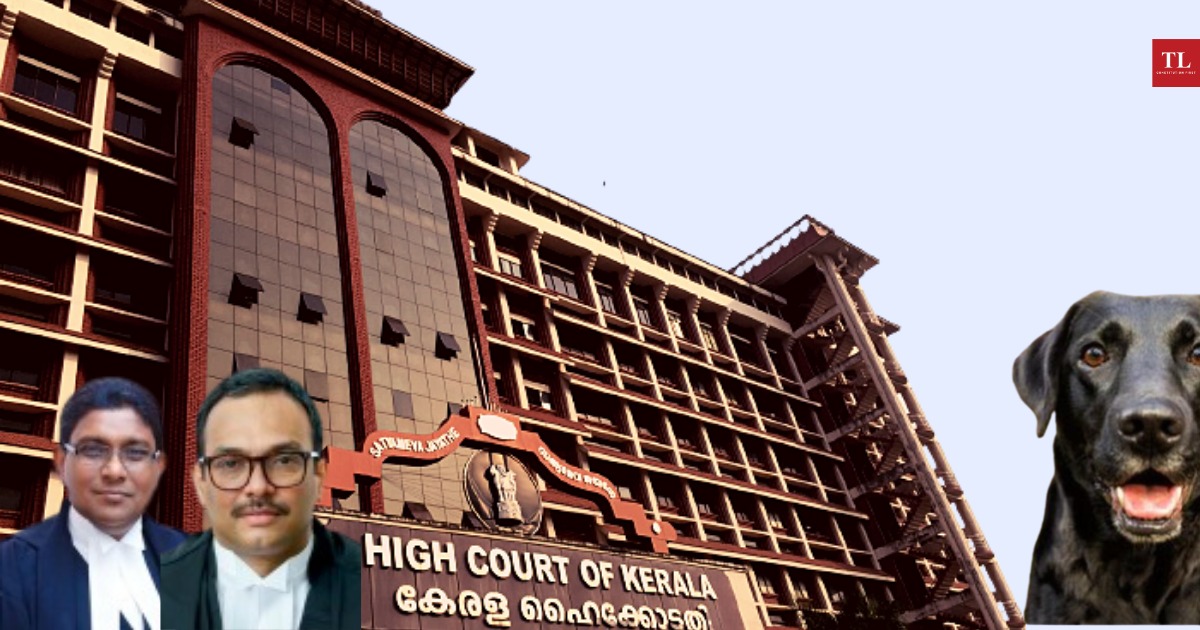 PAYING tribute to “Bruno”, a labrador, who was brutally killed by three persons on Adimalathura beach on the outskirts of Trivandrum, the Kerala High Court has registered a suo motu case in his name to examine the executive and legislative inaction of the state government in the matter of Protection of Animal Rights.

The case has been titled as “In Re: Bruno (Suo Moto Public Interest Litigation Proceedings initiated by the High Court in the matter of executive and legislative inaction of the State Government in the matter of Protection of Animal Rights)”.

“We feel that this would be a fitting tribute to the hapless dog that succumbed to acts of human cruelty, and disturbed by which incident we had initiated these proceedings”, said a division bench of Justices A.K.Jayasankaran Nambiar and Gopinath P.

JUST IN: The #KeralaHighCourt pays tribute to "Bruno", a labrador, who was brutally killed by three persons. Registers a suo motu case in his name to examine the executive and legislative inaction of the State Government in the matter of Protection of Animal Rights. pic.twitter.com/7E6xC3mYHF

The bench directed the Kerala State Animal Welfare State (KSAWS) to file a report before the court as regards the action taken till date on the complaint received from the owner of the dog, Bruno. The court urged the Director-General of Prosecution, to bestow his personal attention in the matter and ensure that the wheels of the criminal justice system are set in motion to bring to book the perpetrators of the crime.

The Animal Welfare Board of India (AWBI) has been asked by the court to draw up a feasible action plan towards implementing an awareness campaign to educate and sensitize citizens on the rights of animals and the corresponding duties and obligations required of them.

“We believe that immediate steps in this regard are required to initiate a change in the attitude of our citizenry to the welfare of animals so that gruesome incidents, such as those reported in the media in recent times, do not recur in future”, the court said.

It ordered the state government to explore the possibility of promoting and holding animal adoption camps throughout the state, at periodic intervals of not less than thrice a year, where persons can be encouraged to adopt animals that have been abandoned by their owners, and are left to wander in the streets in search of food and shelter. Besides, it asked the government to explore the possibility of entrusting the District Administrations across the State, with the power to enquire into complaints of infringement of animal rights and cruelty to animals, as also instances where persons are prevented from keeping pets of their choice in their residential apartments.

The court clarified that it did not intend to embark upon an exercise of laying down policies that should govern state action in regard to protection of animal rights.

“Our sole endeavour will be to alert the State Executive to the circumstances in which, and the extent to which, it will be required to act in discharge of its constitutional and statutory obligations. We believe that a meaningful effectuation of rights can be achieved only when the different branches of Government work in concert, and it is this cooperation that we expect in the course of these proceedings”, the court said.