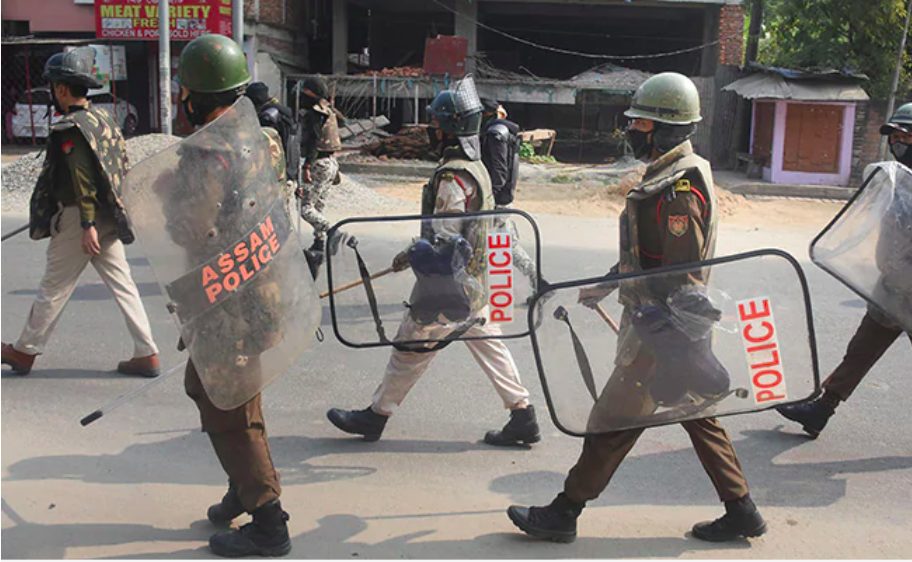 Representative Image. Source: NDTV.
Democracy and Rule of LawLife and LibertyRule of Law

The Leaflet·July 12, 2021
Home
Due Process
Democracy and Rule of Law

A Delhi-based lawyer from Assam has sought the intervention of the National Human Rights Commission(NHRC) over what he says in an “encounter spree” that began after Chief Minister Himanta Biswa Sarma’s government took charge two months ago.

“Since the new government took office in the state there has been fake encounters wherein alleged small time criminals are being shot and the reason cited for such encounters are that the alleged criminals tried to flee from the police custody snatching pistols”, the lawyer Arif Jwadder said in his letter to the NHRC.

In his letter, Jwadder pointed out that more than 20 such encounters had taken place and most of the persons at the receiving end were alleged drug dealers or cattle dealers.

“In a few of the cases, the alleged criminals have died on the spot”, the letter said.

The letter went on to say, “the Assam Chief Minister stated in a police conference that police should shoot at alleged criminals at their legs which is permitted by law. After such a statement by the chief minister, the police are staging fake encounters with impunity”.

Jwadder stated that all injured or dead persons were not militants and hence not trained to use pistols and it was very unlikely that they could use pistols after being outnumbered by a police force that was heavily armed.

“It cannot be believed that all alleged petty criminals could snatch a pistol from a trained police officer whose pistols/guns are normally tied to a rope to the waist belt of that officer. It cannot also be believed that an army of police couldn’t stop the alleged criminals from fleeing away from custody”, Jwadder said.

Jwadder has sought a probe by the NHRC into the “encounters” which he described as as fake and taking place since May 2021.