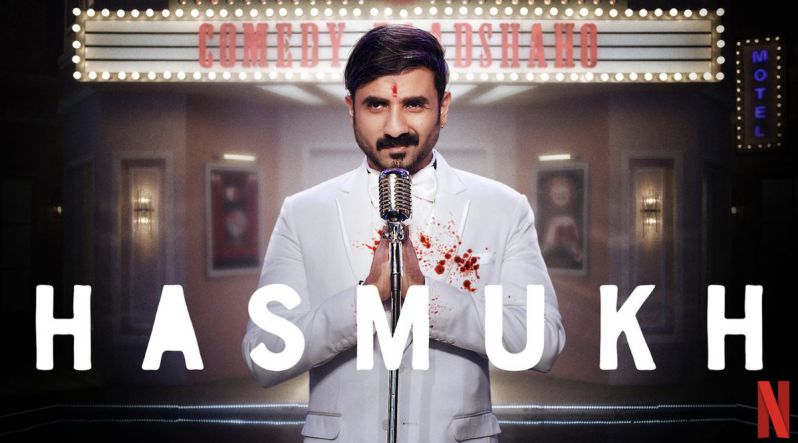 THE Delhi High Court on Tuesday rejected a plea seeking an interim injunction against the Netflix from further airing or streaming of the episodes of Web-Series (TV show) “Hasmukh” particularly Episode 4 of Season 1 for allegedly maligning the image and reputation of lawyers.

A single-judge bench of the High Court presided by Justice Sanjeev Sachdeva said if an ad interim injunction is granted, it would amount to interference in the freedom of speech and expression guaranteed by our Constitution to the defendants.

“The very essence of democracy is that a creative artist is given the liberty to project the picture of the society in a manner he perceives. One of the prime forms of exposing the ills of the society is by portraying a satirical picture of the same. Stand-up comedians perform that very purpose. In their portrayal they use satire and exaggerate the ills to an extent that it becomes a ridicule. In the humorous portrayal of the ills of the society the stand-up comedians use satire”, said Justice Sachdeva while rejecting prayer for interim stay on the web series.

The dialogue with regard to which the subject suit was filed by advocate Ashutosh Dubey is:

“This is the first city I have seen where even the thieves are rich. But out here, they’re called lawyers. Your lawyers are the biggest scoundrels and thieves. These so-called upholders of law will never be brought to justice because they rape you with their pen. People say the law is blind. But I say the law is dirty because every lawyer carries a little stick in his hand”

The court noted that the plaintiff has not been able to show that the impugned comment in any manner referred to the plaintiff or refers to a definite group of individuals or lawyers out of the entire class of lawyers to which the plaintiff belongs.

“The basic principle for grant of an ad interim injunction under order 39 rule 1 and 2 Code of Civil Procedure is to prevent an injury to the plaintiff or to restrain the defendant from committing inter alia injury of any kind to the plaintiff”, the court said.

On the hand, senior advocate Amit Sibal appearing for the Netflix that the lawyers could not be defamed as a “class of persons”, nor could the Plaintiff be defamed by a general reference to Lawyers.

It was further submitted by the defandants that “it was a settled position of law that howsoever reprehensible or morally unjustifiable the words complained of maybe, for the words to be actionable, they must contain an imputation concerning some particular person or persons whose identity can be established i.e. in case of a defamatory imputation against a collection of persons, such collection of persons must be a definite and determinate body so that the imputation in question can be said to relate to its individual members or components”.

The High Court noted that the impugned comment is a satirical comment with regard to the lawyers taken as a class and is not with regard to any determinate definite or identifiable group of lawyers. The web-series, when viewed, shows that it is a dark satirical comedy, attempting to expose the ills of various professions. The protagonist makes a statement as a stand-up comedy about the ills of various professions.

“It may be noted that the stand of the defendants is that the web series is a work of fiction, the story thereof and statements made by the characters including the impugned content is only meant to be taken in the context of a figment of imagination and humour and not as a matter of truth”, said the high court.