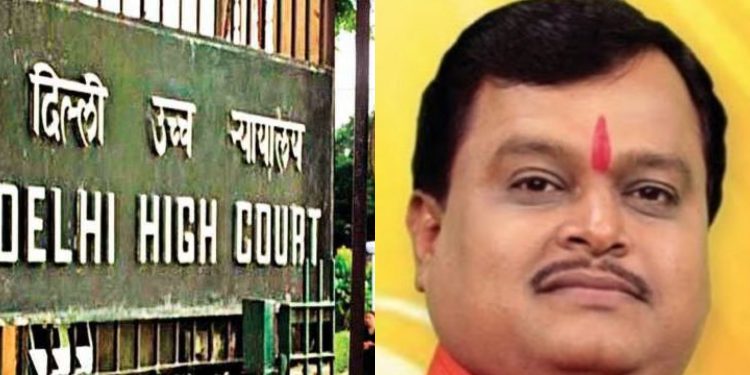 The Delhi High Court Friday issued notice to the Centre, Sudarshan TV, and its Editor on a plea challenging the decision of the Centre to allow the telecast of a show on what the channel termed the “infiltration of Muslims” in the Civil Services.

A single-judge bench presided by Justice Navin Chawla granted no interim stay on the show for now.

The plea filed through Advocate Shadan Farasat contended that the Ministry of Information and Broadcasting has given its go-ahead to the proposed show by way of a non-speaking order which shows no application of mind.

The authorities, the plea said, erroneously refrained from exercising its powers under Sections 19 and 20 of the Cable Television Networks (Regulation) Act to prohibit the proposed show on the ground that the show was yet to be aired.

The Central Government on Wednesday allowed Sudarshan News channel to telecast a show on “infiltration of Muslims” in the Civil Services.

It, however, directed the channel to ensure that the show, yet to be telecast, did not violate any programme code. It added action would be taken as per the law if any violation was found.

The channel in its written submission stated before the Ministry that its show was not violative of the law and further that if at all the programme was found to be violative, action as per law could be taken.

Earlier, the Delhi High Court on August 29 had directed the Centre to decide on the complaints received against the proposed show. It had granted a stay on the show till the Centre took a decision in the matter.

The plea, filed through advocate Shadan Farasat, had contended that Suresh Chavhanke, the editor-in-chief of Sudarshan TV, openly engaged in hate speech and defamation against students of Jamia Milia Islamia and the Muslim community.

Chavhanke had claimed that the success of Jamia Milia Islamia students in the Civil Services examination 2020 represented a conspiracy to infiltrate the civil service by Muslims.