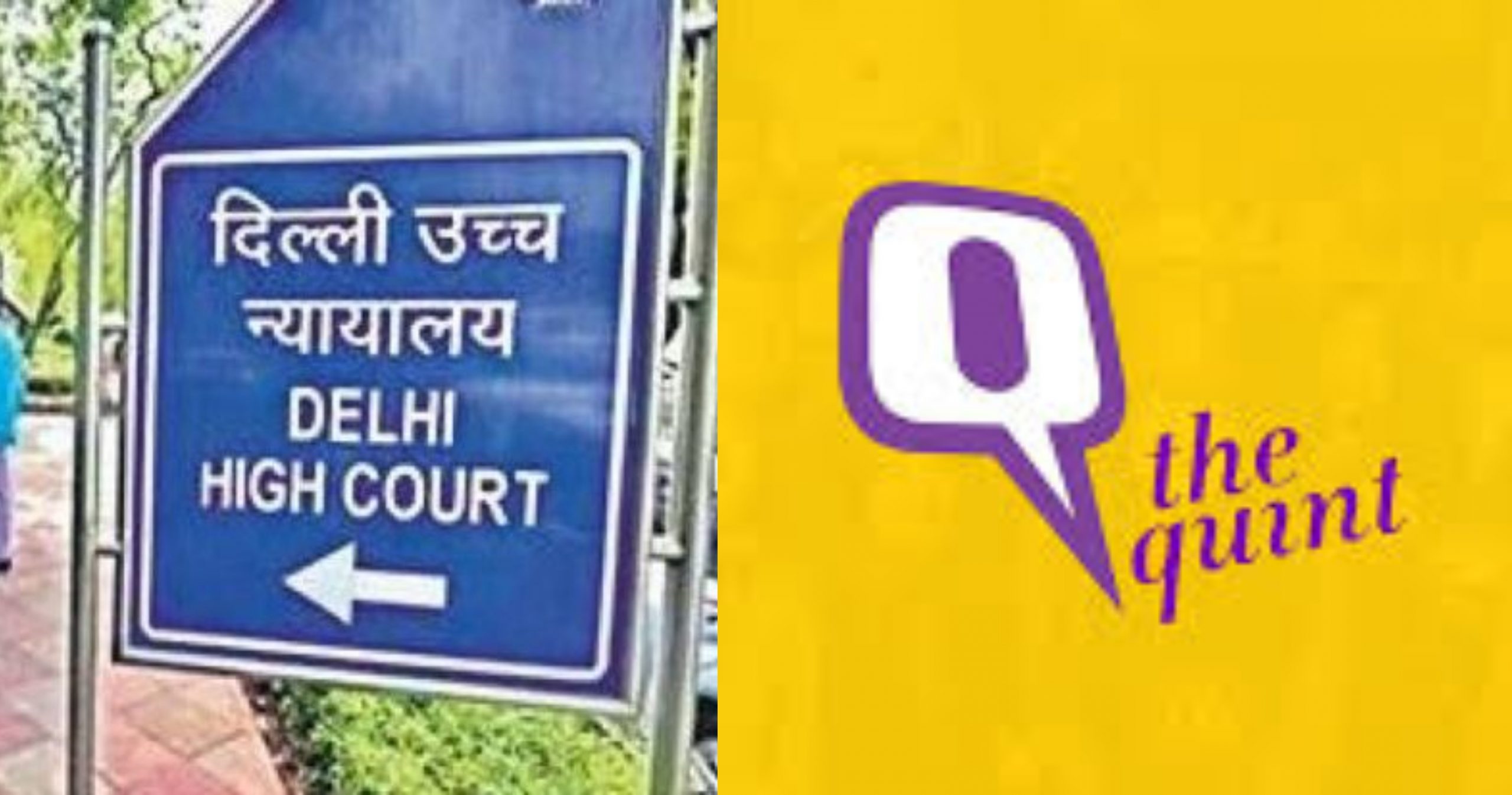 Delhi HC notice to MEITY, I&B ministry on The Quint’s plea against new IT rules

A division bench of Chief Justice DN Patel and Jasmeet Singh sought to know the response of the Centre and issued notice to it to file an affidavit.

The notice was issued by the court after hearing advocate Nitya Ramakrishnan, assisted by advocate Prasanna S for “The Quint”.

The same bench had earlier this month issued a notice on a plea by The Wire challenging the new digital media regulations.

More recently, the Kerala High Court also admitted a petition filed by LiveLaw challenging the new IT Rules. It also granted the online legal news portal interim protection from any coercive action against it for its failure to comply with part III of the new Rules.

The Quint, in its plea, contended that the executive power to dictate content to digital news portals would violate Articles 14 (right to equality) and 19(1)(a) (freedom of speech and expression) of the Constitution.

“No reading of the rule-making power will allow for such a regulatory regime for digital news media entities without express statutory sanction, for that will run the danger of adversely affecting Fundamental Rights, especially the right to free speech under Article 19(1)(a). Given such grave consequences, rule-making power has to be read strictly”, the plea stated.

It argued that the new IT Rules, 2021 created a space for the state to enter and control news and views by way of deletion, modification or blocking, censure, compelled apology and more.

Clubbing online news portals with social media as distinct from the print news media is unfair and irrational classification, the plea said.

It stated that rules set up an adjudicatory mechanism parallel to courts of law, heavily impinging on freedom of speech and expression.

“Content shall inexorably be led to an assessment by a Central Government Committee and its dictates, or of the Ministry, upon the slightest incident of ‘any person’ having a grievance about published content. Even if there is no complaint, the Ministry of I&B itself may refer content to the Central Government Committee for orders. Additionally, independent emergency powers to block content without as much as a hearing exist with the Secretary, Ministry of I&B”, the plea read.

The plea submitted that the right to freely criticise the government was an essential and an inalienable part of the right to practice news journalism and a regulatory mechanism with the government at its apex would be a manifestly unreasonable interference with the said right, especially if subjective and vague criteria like ‘good taste’ and ‘decency’ could be invoked to lead to government interference.

It asserted that the new IT Rules were beyond the rule-making powers of the executive and thus the IT Rules 2021 were ultra vires the IT Act of 2000 under which the rules had been purportedly made.

Under these rules, all news portals and OTT platforms that operate in India will also be required to inform the Ministry of Information & Broadcasting of details of their respective entities within 30 days of the notification of the rules.

Digipub News India Foundation, a representative association of digital news organisations, including The Wire, had earlier written to the government taking exception to “some specifics” of the rules.

In a letter to Prakash Javadekar, minister for I&B, and Ravi Shankar Prasad, minister for electronics and IT, the foundation had argued that the rules “appear to go against the fundamental principle of news and its role in a democracy”. The Editors Guild of India has also written to the government saying the new rules would “seriously undermine” media freedom in India.