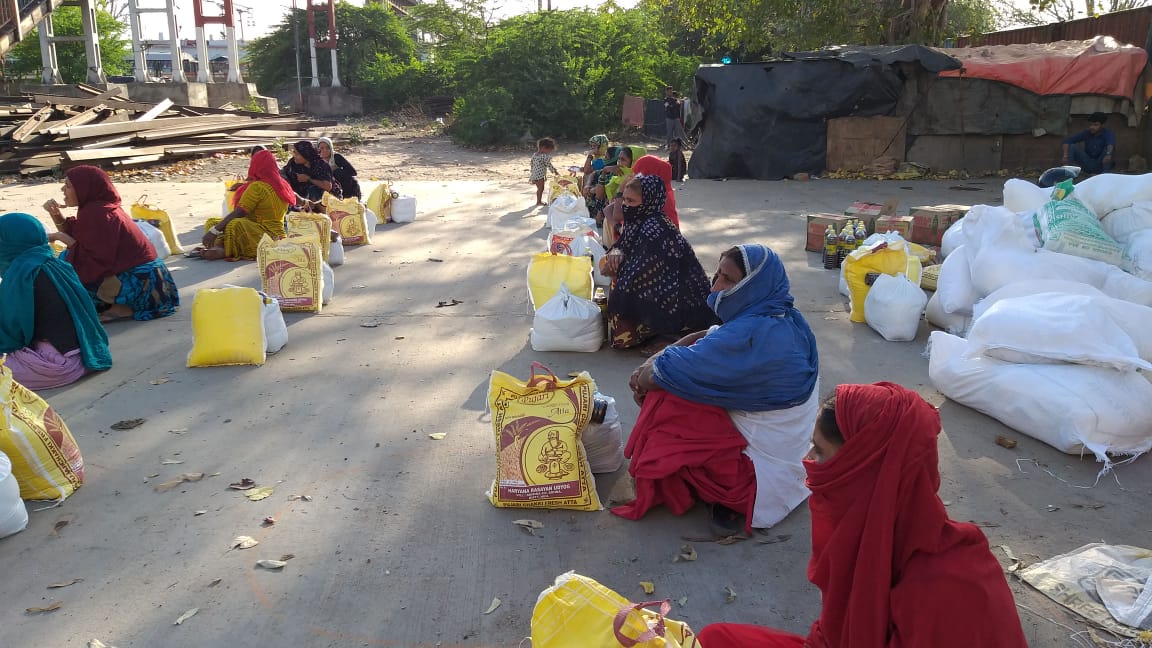 THE Delhi High Court on Monday directed the Delhi Government to ensure that all ration shops remain operational and disburse Public Distribution System (PDS)  food grains, in accordance with the policy formulated by both the Central Government, as well as, the State Government in this regard; and further ensure delivery of the requisite food grains from the PDS ration shops, on a regular basis between 09:00 a.m. to 01:00 p.m. and 03:00 p.m. to 07:00 p.m., on all seven days of the week.

A division bench of Justices Siddhart Mridul and Talwant Singh also ordered that the Delhi Government would ensure that food grains are distributed to the poor, needy and marginalized non-PDS residents from the PDS, as well as, other distribution centres stated to be set-up by them, for the said purpose.

In addition, the court asked the government to ensure that the Sub-Divisional Magistrates of each district carry out strict and regular monitoring and oversight of the distribution of food grains, as afore directed and upload the details of the shop-wise distribution of ration to both the PDS and non-PDS residents on their official website, at the end of each day.

Further, the court directed the government to widely publicize and circulate the information qua the compliance of the directions issued by it, both through the print and electronic media, on a daily basis.

“The GNCTD is also directed to immediately place on their official website, as well as, publicize through the print and electronic media, Grievance Helpline Numbers, so as to enable members of the public, who may be aggrieved qua the lack of distribution of the food grains, to seek redressal of their grievances, by contacting the Nodal Officers appointed for the said purpose, whose details shall also be placed in the public domain, forthwith”, said the court.

It also ordered that the Nodal Officers shall address the grievances so received and respond to the persons aggrieved, by placing on the official website the action taken by them in that behalf.

These directions have been passed on a plea filed by the Delhi Rozi Roti Adhikar Abhiyan (DRRAA). The petition highlighted the ground reality based on visits to ration shops, pressed for the need to ensure effective and time-bound redress to complaints of non-supply of rations and the urgent need for transparency in the distribution of foodgrains through the PDS and other mechanisms like e-coupons to ensure that people do not go hungry during the lockdown.

The petition asserted that the proper functioning of the food distribution was more important than ever before as lakhs of people in Delhi had lost their livelihood due to the sudden lockdown and were unable to afford even one meal in a day.

Based on visits to rations shops, DRRAA had found that in many places ration shops remain shut or turn away people on the pretext that the stock had been exhausted even though volunteers of the campaign could locate several people who had not received their rations for the month.

“In the absence of any information in the public domain on the distribution of rations in terms of who all have availed of the stipulated quantity, there is no way to determine whether stocks of ration have been provided to the intended persons or whether there has been any diversion of grain”, the petition said.

Further, the petition highlighted that despite repeated orders of the High Court, the Delhi government has failed to put in place the statutory grievance redress framework thereby resulting in no hearings of complaints regarding denial of food. The petition also sought that the government restarts the mid-day meal scheme which is a lifeline for children even during normal times.

The petition was represented by senior advocate Sanjay Parikh and assisted by advocate Prasanna S.