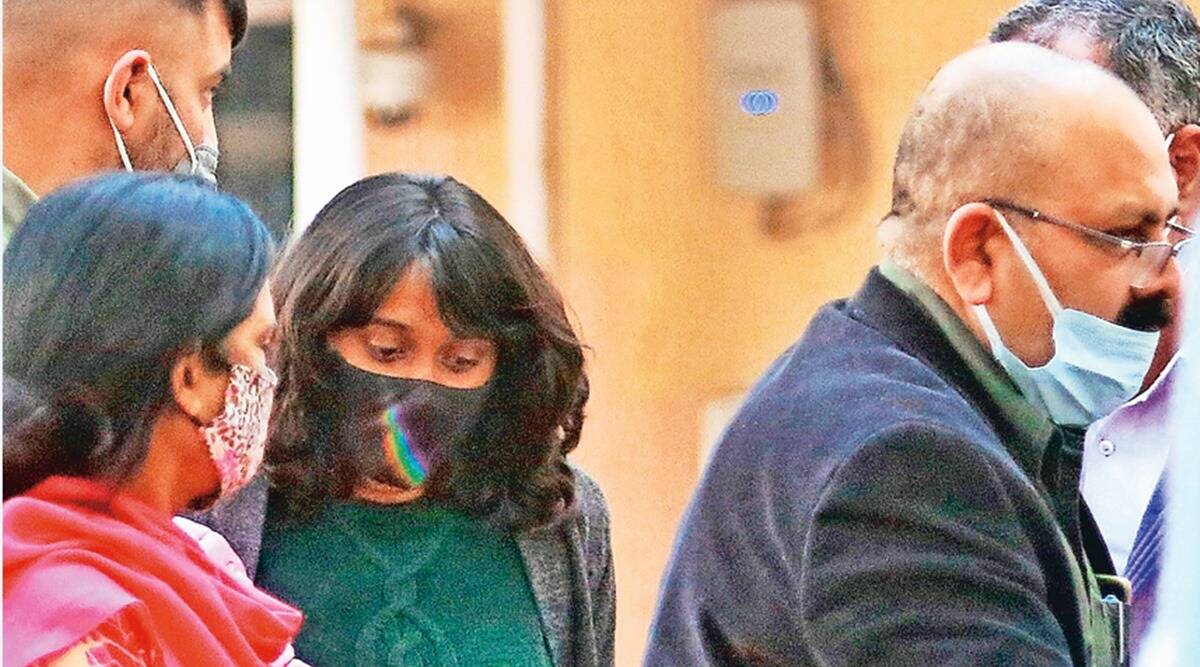 The recent order by the Delhi Court on Disha Ravi’s bail has highlighted several provisions of the sedition law which are draconian and outdated. India as a vibrant democracy must safeguard the freedom of expression and dissent. The protection of activists agitating against the government can only come if the present law on sedition is scrapped or diluted writes NITYA CHAKRABORTY.

THE Delhi Court order granted bail to climate activist Disha Ravi on February 23 and imparted a new dimension to the debate on the sedition law. Currently, the provisions are draconian and give the ruling party the power to charge citizens for sedition when they express views contrary to government’s policies.

The order of the additional sessions judge Dharmendra Rana is an objective observation on the present state of affairs regarding the status of democratic dissent in the country. It comes at a time when the police can arrest anybody on sedition charges without satisfactory evidence to incriminate them.

In the last two years, especially since the Narendra Modi government was elected for a second term in May 2019, all dissenters have been suspects in the eyes of the government, and the law enforcement agencies that work under it.

Most protestors have been termed as anti-nationals by the administration. The Bhartiya Janata Party’s (BJP) leadership is consolidating supreme power in the country by all possible means both fair and unfair with the sole objective of establishing its rule in the Centre as well as the states.

Any agitations against its discriminatory policies like the Citizenship Amendment Act (CAA), National Register of Citizens (NRC) and the new farm laws, has been deemed anti-national and the leaders of the movements have been arrested on fabricated charges.

The arrest of activist Disha Ravi on sedition charges and the pathetic performance by Delhi Police during her hearing and the consequent observations of the judge show that her crime was expressing disagreement with the government.

The 22-year-old vowed to fight the state within the democratic framework, and had to bear public disgrace even as the authorities failed to present any tangible documents to support their allegations.

Sedition Law and its Contentions

As the learned judge said in his 18-page bail order “the offence of sedition cannot be invoked to minister to the wounded vanity of the governments. Difference of opinion, disagreement, divergence, dissent, or for that matter, even disapprobation, are recognised legitimate tools to infuse objectivity instate policies. An aware and assertive citizenry, in contradistinction with an indifferent or docile citizenry, is indisputably a sign of a healthy and vibrant democracy.”

This participation of aware citizenry in national politics and decisions of the government is against the spirit of patriotism for the present BJP-led Centre. This is why civil society activists are its targets and anybody who works for the welfare of the distressed including the victims of the Delhi riots is hounded and falsely charged.

The Bhima Koregaon activists are languishing in jail despite failing health and out of the nine accused, only 82-year old Varavara Rao was granted bail last week.

At a time when there is a need to expand the purview of democratic rights, the presence of sedition laws and its misuse by the ruling establishment have brought to spotlight the need for its revision or dilution. This should be done in such a way that there are enough safeguards to protect the rights of the citizens who are at the risk of being targeted.

The British discriminated against Indians when they introduced this provision into the statute books. Sedition was made a far harsher offence here than it was in England. However, in the 1970s, the government changed the provisions regarding arrest and detention by the police for a person accused of sedition making the law even more potent than it had been during the colonial period.

In 1860, the Indian Penal Code (IPC) was enacted and brought into force in colonial India. At  that time, there was no section concerning sedition. There are two theories for why sedition was not in the original text. The official version is that it was a blunder, that though it was supposed to be in the final version of the IPC, it was left out by mistake.

According to lawyer Abhinav Chandrachud, it is quite likely that sedition was excluded from the IPC because it had virtually ceased to be an offence in England by that time.

According to one 19th century British author, prosecutions for sedition in the UK from 1832 onwards were so rare that the offence had been virtually non-existent.

The IPC was part of the colonial experiment of codification. There were no codes in England at that time as its “common law” was contained in cases decided over centuries. The great Indian “codes” such as the IPC, the Indian Contract Act, the Indian Evidence Act were meant to be models for England to adopt.

The eminent lawyer has also said that, when sedition was finally inserted into the IPC in 1870, it had the ill odour of colonial discrimination about it.

Englishmen who were accused of sedition back home were entitled to be tried by a jury of their peers. These juries tended to be sympathetic towards their countrymen and it was, therefore, difficult to secure a prosecution for sedition.

Also Read: “Will the tears from Disha’s eyes be wasted?”

The police now have the power to arrest a person accused of sedition without a warrant from a magistrate. This extraordinary power of the authorities is being misused on the adversaries of the government to crackdown on dissent. This has continued to be a big danger to democracy and free expression.

Interestingly, the offence of sedition was formally abolished in England in 2009 but it remains in India with the same draconian provisions.

Many esteemed lawyers have been demanding its withdrawal over the last decade. The Disha Ravi case underlines that the democratic forces in the country who stand for free expression and dissent under Article 19 of the Constitution, must vigorously assert for the removal of the sedition law in the country.

To begin with, at least as a part of dilution, the offence of sedition can be made bailable and non-cognisable. Time is running out. The battle for the removal of sedition provisions or at least a substantial dilution with safeguards has to be won. This is imperative for protecting the necessity of dissent which makes India a vibrant democracy. (IPA Service)

(Nitya Chakraborty is a senior journalist. The views expressed are personal.)