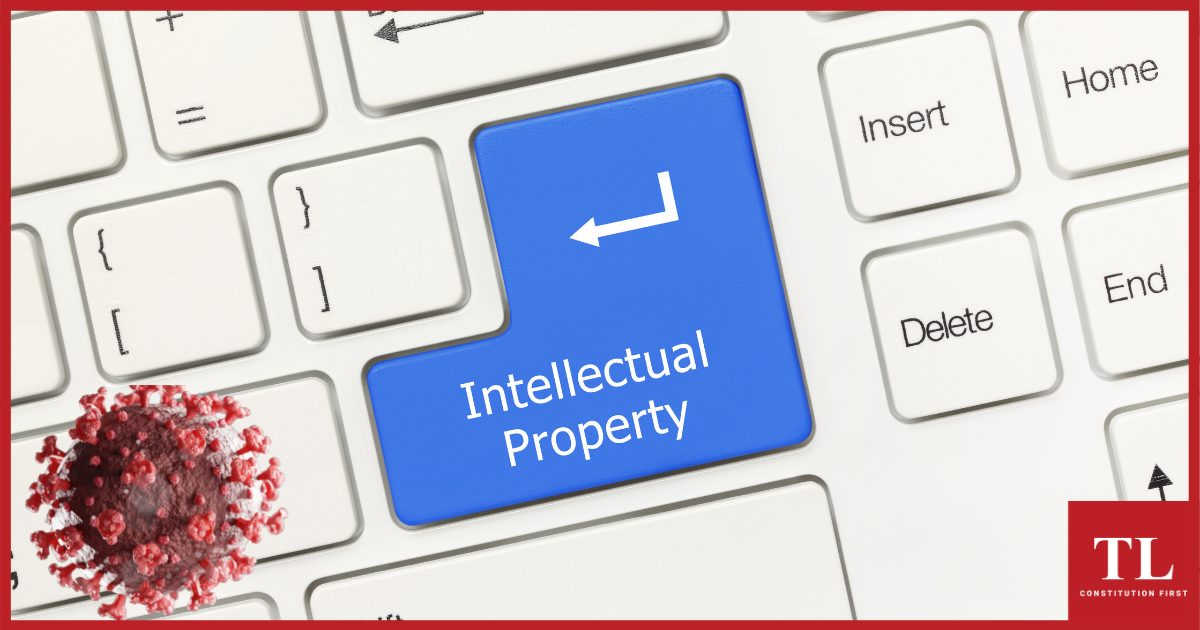 The Centre is empowered to issue compulsory licenses of essential drugs whenever there is an exigency. India was even a front-runner at the TRIPS discussions to have such a provision. Now that Covid cases and deaths are peaking like never before, the central government should invoke its powers, despite the objections raised by Big Pharma, writes ROHAN WADHWA.

THE second wave, or rather a tsunami of Covid-19 as the Delhi High Court has observed, has knocked down India’s medical system. There are appalling reports of casualties due to a lack of medical facilities from all over the country. The paucity of drugs that Covid-infected patients need is a recurrent theme in the news.

According to medical professionals, the current situation can improve if medicines are made available for all patients in adequate quantities.

Relaxing the intellectual property rights (IPR) rules will increase the production of generic drugs which are interchangeable with the innovator’s products.

Invoking Compulsory Licenses can be the way forward to tackle the inadequacy of drugs as India reels under Covid-19 cases.

Compulsory licensing of drugs such as Remdesivir, Tocilizumab and Favipiravir, which are being used to treat Covid-19 would mean that generic pharmaceutical companies will manufacture them in greater quantities, thereby increasing their supply and availability to meet their growing demand.

Patent laws and rules give inventors exclusive rights to the benefits of their invention or the process used in the invention. This exclusivity denies everybody else the right to that process or invention. A Compulsory License, in this context, requires a patent holder to allow other manufacturers to use the patented product or process.

Article31 of the agreement on Trade-Related Aspects of Intellectual Property Rights (or TRIPS) agreement says a government can authorise the use of patented products or processes during a national emergency, and in extreme urgency, for non-commercial use.

Under the Indian Patent Act, 1970, section 84(1) allows for a compulsory license if the reasonable requirements of the public are not being satisfied at reasonably affordable prices. Section 92 of the Act is a special provision that permits compulsory licensing on notification by the central government.

The effect of this section is that during a national emergency, or in circumstances of extreme urgency, the central government can grant a compulsory license to the applicants seeking to use a patent. Section 92(3) provides immunity to applicants to use a patent without following the compulsory license procedure in section 87. Section 100 empowers the Centre to even take over the invention.

Recently, a three-judge bench of the Supreme Court comprising Justices DY Chandrachud, L Nageswara Rao, and S. Ravindra Bhat took suo moto cognizance of the issue (In Re-Distribution of Essential Supplies and Services During Pandemic) and asked the central government to consider the compulsory license of drugs such as Remdesivir, Tocilizumab and Favipiravir.

The court asked the Centre to invoke section 92 of the Patent Act to issue Compulsory Licenses of these patented drugs. Justice Bhat observed that countries such as Germany, France and Canada have resorted to the tool of compulsory licenses to ensure the supply of essential drugs that treat Covid-19. He cited Bangladesh—which produces generic Remdesivir and is now exporting it to many countries. (The government of Jharkhand has also requested permission to import Remdesivir from Bangladesh.)

In Rakesh Malhotra v. Government of National Capital Territory of India, the division bench of the Delhi High Court made a strong case to grant compulsory licenses while keeping the patent holders’ interest in mind. The bench observed that it takes investment and hard work to create medicines. They said that the patent-holders should ramp up their production capabilities on a war footing. They should be encouraged to give out voluntary licenses to other manufacturers too. If such efforts do not save lives then there would be no option but to grant compulsory licenses (at an adequate license fee) to prevent deaths.

Natco Pharma got a compulsory license because Bayer’s patented drug was not fulfilling the reasonable requirements of the public at an affordable price.

Following a decade-old precedent, Natco Pharma once again has applied for a compulsory license before the Controller of Patents to manufacture the drug Baricitinib used to treat Covid-19. Natco has applied based on section 92(1) read with section92(3) so that the drug can be manufactured affordably and its availability improves.

The patent for Baricitinib is with Incyte Holdings Corporation and was granted to them in 2018. Natco Pharma argues that production of the patented drug is not enough in the country and that it has received emergency approval for its efficacy in treating Covid-19 patients. It is also argued by Natco that along with low production, it has exorbitantly high prices.

Though compulsory license seems to be a viable option, giant pharmaceutical companies strongly oppose it. They argue that active pharmaceutical ingredients (APIs) used to manufacture the drugs are not available in India. Therefore, even if generic drug-producing companies get the technical know-how, they would be unable to improve the supply and availability.

These companies suggest that the government invoke other options such as section 47 of the Patent Act, 1970, which allows the government to import patented drugs. Further, the government can invoke section 26(B) of the Drugs Act to order manufacturers to produce specific drugs.

India is one of the worst-hit countries by Covid-19. One important reason for this is the lack of medicines to treat patients. Relaxing IPR rules will ensure the production of enough generic versions of these drugs. In the interim, while compulsory licenses operate, pharmaceutical companies will earn royalties on the sales of such drugs.

Even during the ongoing pandemic, which has caused over three million deaths, pharmaceutical companies are not ready to shed their profit-generating mindset. Developed countries are also shying away from their responsibility to relax the IP law regime in the current situation. That is why the debate between the Global North and Global South has got rekindled.

Pharmaceutical companies have a moral duty to give out voluntary licenses to companies that apply to manufacture the patented drug on reasonable terms. If the government is serious about the “Make in India” scheme and “Atmanirbhar Bharat” policy, it should compulsorily license essential drugs that are needed to treat Covid-19. The government should not shy away from its duty to prevent the loss of lives, even if it means temporarily relaxing the current IP law regime.

(Rohan Wadhwa is a lawyer. He graduated from the OP Jindal University. He has a keen interest in Litigation and Intellectual Property Law. The views expressed are personal.)