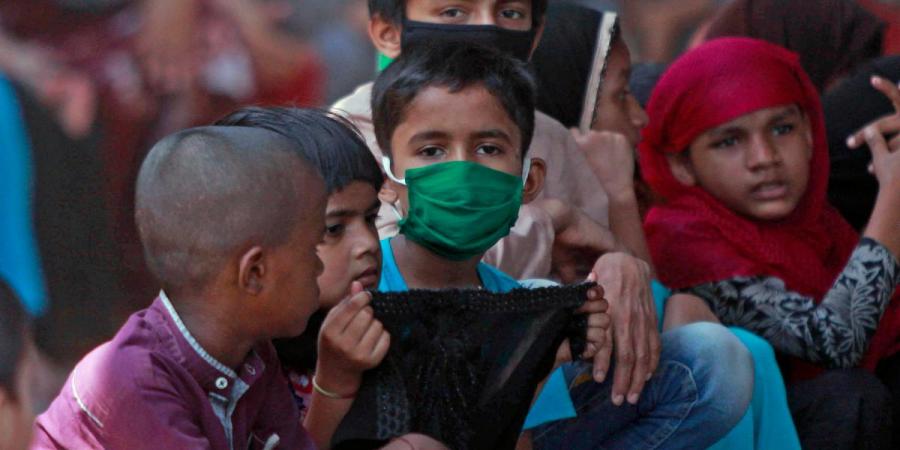 COVID-19 Impact: Six Million Children Out of School in India

Education is not a privilege but a human right. The right to education is legally guaranteed in India for all without any discrimination. COVID-19 has adversely impacted the education of crores of children globally. Shockingly in India, it has affected some 290 million children, with six million out of school. With families in dire straits and hit economically, the future looks bleak. On Human Rights Day, former Cabinet Secretary BK CHATURVEDI stresses that proactive steps need to be taken by the government to bring all children back to schools, improve learning levels and bridge the digital divide.

THE COVID-19 pandemic raging across the globe has led to the closure of schools. In India alone, it has affected the education of nearly 290 million children. Already, there were six million children out of school. This number threatens to go up due to economic insecurity in their families due to COVID-19, causing many children to leave studies.

This has especially affected the girl child.

The world, according to both the World Bank and the International Monetary Fund, has never seen the level of contraction of the economy in the last 80 years as may happen in the current year.

According to an estimate by Brookings, more than 100 million people may have entered extreme poverty. The GDP of India is estimated to decline by more than 10% in the current year (the latest estimate is 7-8%). This has resulted in job losses and increased unemployment. Many companies have decided to reduce compensation to their staff.

The immediate impact of the pandemic is the lack of entry of new children in schools.

ASER (Annual Status of Education Report) which is an annual survey that aims to provide reliable annual estimates of children’s schooling status and basic learning levels for each state and rural district in India, has in a recent study said that many young children have not joined school and there is a sharp jump in out-of-school children in the 6-10 age group. This has gone up from 1.8% (in 2018) to 5.3% (in 2020) and among all children up to 16 years from 4% to 5.5%.

Economic insecurity of the family–loss of jobs and pay cuts–has accentuated the impact and misery of children globally.

One of the reasons may be that the admission process may still not be complete due to COVID-19. But primarily it could be that parents have decided to keep their children at home for fear of the virus or the inability to afford their education.

Even in other developing regions of the world, the position is similar. A study by IMF of Latin American countries indicates that due to the closure of schools for five months, more than 144 million children are doing learning through distant mode, which is clearly insufficient. Economic insecurity of the family–loss of jobs and pay cuts–has accentuated the impact and misery of children globally. 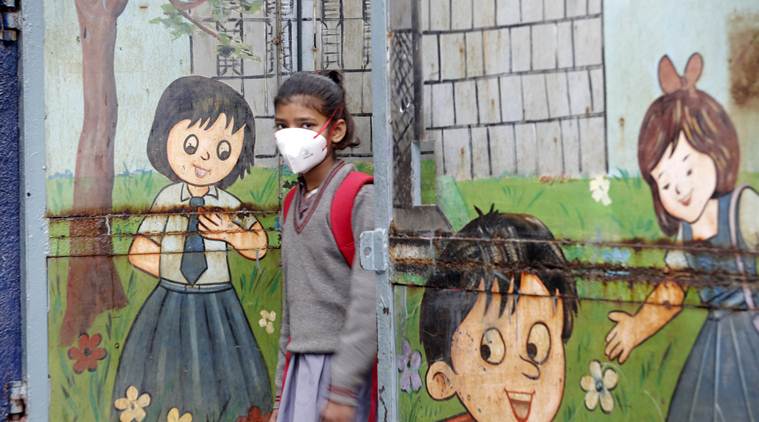 Alternative methods of teaching evolved quickly by most schools have led to serious problems for students, especially those from families of low income groups. The nature of the problems is similar across the globe.

Both the ASER study and the IMF report highlight that the availability of smartphones for learning is inadequate. Plus, with internet connectivity being poor, other modes such as TV, radio or sending of study material home have been resorted to.

Online learning has had very limited impact in India. The ASER survey shows that 38.2% children did not have access to smart phones.

Depending on the level of education of parents, the learning levels change.

Online learning has had very limited impact in India. The ASER survey shows that 38.2% children did not have access to smartphones. A positive feature of the pandemic, though, is that 11.1% children got the phone post the lockdown to help their study. In spite of this, online learning is available to only 11%. Of these, the share of those who were in government schools was 8.1%.

An important teaching aid was videos, which was used by 21.5% of children. A major chunk of teaching continued to be traditional worksheets or books at home. This accounted for about 59.7%. Considering that substantial learning was dependent upon traditional textbooks, support at home would have helped.

The learning levels of children from low income groups have suffered during the pandemic for several reasons. They have limited access to smartphones and form the bulk of the 40% population which has no access to them. Their dependence on TV, radio or textbooks raises similar questions of access. Further, as they are likely to be among those studying with traditional textbooks, with limited support from home, their learning levels are likely to be poorer than before.

An indication of this can be seen through data gleaned from the survey–no learning activity was done during the week of the survey by about 30% students. Also, only 30% got some learning material from school. While ASER could not do a learning-level survey in view of the pandemic, even the earlier low-level of learning is likely to get worse in the absence of proper support. This will need to be rectified.

While ASER could not do a learning-level survey in view of the pandemic, even the earlier low-level of learning is likely to get worse in the absence of proper support.

Several measures will be required to improve learning and to bring children to school. First, because of the pandemic, a large number of children are working from home under various initiatives of different schools.

While six million children are out of school, another 1-1.5 million would be added to this number. Work must start on bringing all of them into school. Even in normal times, this is a difficult task. With parents hesitant to send their children to school, this would require special efforts.

We must aim at 10 years of education for all children.

Focus should be on the girl child as they are likely to be out of school in disproportionately larger numbers.

Work must start on bringing all of them into school. Even in normal times, this is a difficult task. With parents hesitant to send their children to school, this would require special efforts.

Second, access to internet, smartphones and laptops is not commensurate with its requirements.  Many children are not able to use the online mode of learning as the facilities are clearly inadequate. It has even led to suicides of some bright girls due to laptops not being available. 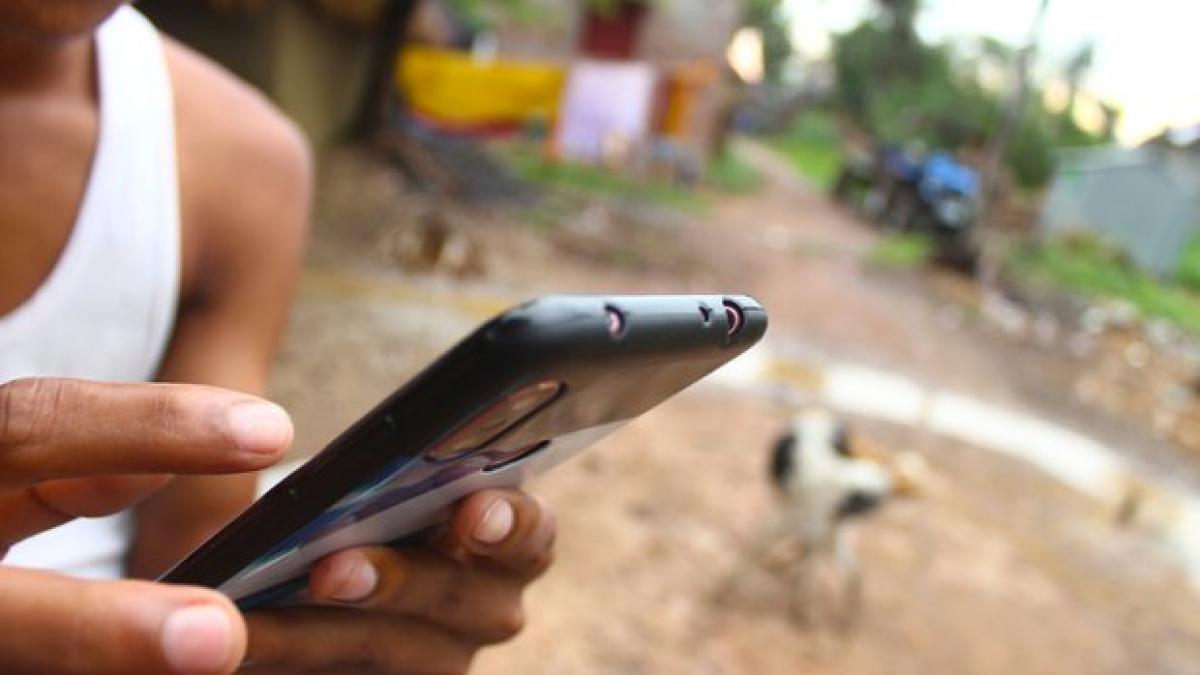 Third, the distance learning method was used in a hurry and not with full preparation. Valuable experience has been gained in the process.

This should now be worked on and methods found to improve learning and bring within its fold more children. While radio and TV are good methods, we must explore other avenues. Learning through interaction is missing. We must evolve methods to bring it back.

Fifth, while the New Education Policy has been announced, it is not clear from when it would be operational.

Fourth, the learning levels of children have been consistently poor in the country. All ASER reports have repeatedly emphasised this. Many children of Class V cannot do division or read textbooks of Class II. We can use the experience of distance learning to improve the knowledge and learning of children. This is crucial.

The Nation Education Policy may start getting implemented from the next session or after that. This means focus on early education. The government must plan for it quickly and start work.

Fifth, while the New Education Policy has been announced, it is not clear from when it would be operational. The CBSE must start working on this. And an implementation matrix must be worked out as soon as possible.

(BK Chaturvedi is a former Cabinet Secretary and Member, Planning Commission. After retirement, he keeps himself busy reading and helping educational institutions with their plans and processes. The views expressed are personal. )