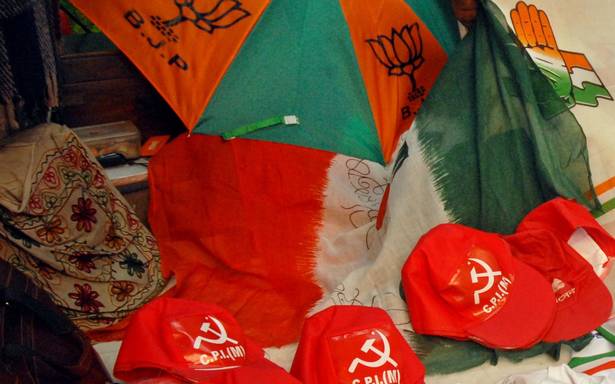 VASANTH ADITHYA. J explains the need for a constitutional framework governing the setting up and regulation of political parties in India.

POLITICAL parties in India are openly caste or religion-based, and many are family fiefdoms renowned for cronyism. In August 2020, 23 senior Indian National Congress leaders sent an open letter to the party’s acting President, Sonia Gandhi, demanding sweeping changes within the party. Inter alia, the open letter called for a “full time and effective leadership” within the party, as well as elections to the Congress Working Committee and the urgent establishment of an “institutional leadership mechanism” to collectively guide the party’s revival.

Most of the political funding in India is received from dubious and opaque sources and there is no transparency with regard to the functioning of political parties, which are supposed to be agents of democracy.

Political parties are the quintessential link between the citizens and the government, and function as representatives of the people, either as members of the ruling party that forms the government or in the opposition.

In his concluding remarks before the Constituent Assembly of India, Dr. B.R. Ambedkar opined that:

“The Constitution can provide only the organs of State such as the Legislature, the Executive and the Judiciary. The factors on which the working of those organs of the State depends are the people and the political parties they will set up as their instruments to carry out their wishes and their politics.”

Although the Constituent Assembly was silent on the regulation of political parties, the Constitution itself was engendered as a result of party politics, as India’s freedom struggle was steered by the Indian National Congress.

Also Read: At 70, our republic is gasping for a rational political cultural

The current day Indian political dynamics are significantly different from the conditions prevalent in the early 1950s, though. Hence, it is the need of the hour to bring political parties within the ambit of the constitutional framework.

As political parties are representatives of citizens in the Government, there is a need for regulation to make them more accountable and transparent. There are no in-party elections except in a few parties such as the Communist Party of India (Marxist). Party funds are often from dubious sources, and the public interest litigation (PIL) to bring political parties under the ambit of the Right to Information Act, 2005 (the RTI Act), so as to be covered within the purview of a “public authority” under Section 2(h), is currently pending adjudication by the Supreme Court.

Public resources are invested in political parties who play a pivotal role in democracy. There is also an ongoing PIL intended to eliminate the use of black money and indirect financing by political parties. Except for the propaganda and strategies employed by political parties, essential matters related to their functioning, such as finance and administration, are not available to the public.

Party Discipline and the Anti-defection Law

Primarily, the legal lacunae for regulating the functioning of political parties must be remedied by constitutionalising political parties, which would, in turn, de-communalise these parties and increase their transparency and accountability. There have been proposals in the past to establish a National Election Fund for receiving donations from the public for conducting elections, which may also bring in efficiency to the democratic process of elections.

Also Read: SC directs political parties to identify candidates with criminal antecedents on their websites; says time for lawmakers to “weed out” criminals from politics

Effective laws that prevent criminals from contesting should be mandatory, as there are more than 2,500 sitting Members of Legislative Assemblies (MLAs) and Members of Parliament (MPs) facing criminal charges in our nation, as of 2020. Electoral reforms such as abolishing the “first past the post system” and replacement with a system wherein a minimum percentage is to be mandated for declaring the winning candidate must be considered. Increased public participation and judicial intervention are also the need of the hour.

(Vasanth Adithya. J, founder of Kreetam Law Associates, is a practicing advocate at the High Court of Karnataka, and author of ‘Conceptual foundations of Competition law in India’ . The views expressed are personal.)