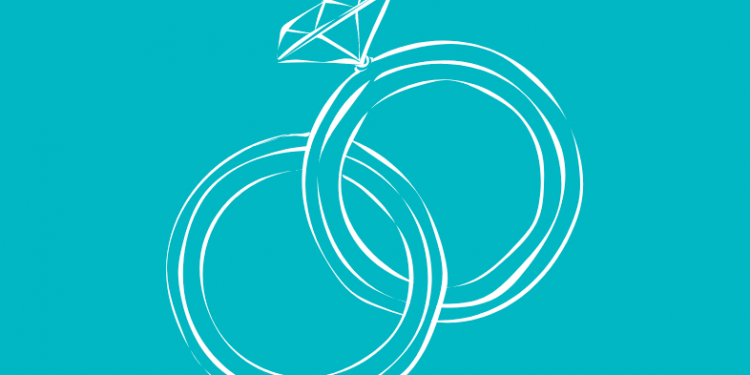 ONE hundred and five civil society members shared with Dr Vinay P. Sahasrabudhhe, Chairperson, Parliamentary Standing Committee on Education, Women, Children, Youth and Sports [EWCY&S], consolidated submissions containing evidence and data to explain why the Prohibition of Child Marriage Amendment Bill, 2021 will not only fail to deliver its stated objectives, but will render young women more vulnerable to harm, denial of rights, and criminalization. The Bill seeks to increase the minimum marital age for women across the country from 18 to 21 years. The signatories therefore oppose the move to increase the marriage age of girls to 21 years, and urge Dr Sahasrabudhhe to ask the government to recall the Bill, and also request an opportunity to make oral submissions online to the Standing Committee.

The submissions by the 105 signatories, which include organisations and individuals, from domains of child and women’s rights, public health, education, disability and the law, are briefly summed below.

There has been a consistent decline in the rate of child marriages in India. Furthermore, the mean marriage age of girls rose from 17.2 (2005-2006) to 19 (2015-2016) within a span of 10 years. This makes it evident that child marriage is paving way for marriages in the late teenage or adolescent years, which is commonly termed as ‘early marriage’. This type of marriage currently is majorly composed of forced, arranged, and self- arranged marriage, including those where the couple elopes.

Poverty and insecurity are key drivers of early marriages

The Bill is trying to shift the marriage age from late adolescence to early adulthood to ensure that girls get appropriate education and work opportunities that are key in shaping their future. The evidence reports the contrary. It is clear from multiple statistics that early marriage is caused due to poverty and insecurity rather than being a result of this marriage. There are multiple reasons why girls are forced into early marriages which include and are not limited to – poverty, social and economic marginalization, lack of employment opportunities, humanitarian crisis, gender inequality and patriarchy. Many a times, patriarchal notions drive families into investing more for nurturing the mental and physical growth in boys than girls. Additionally, the threat of strangers violating the sexual purity of girls and their overall safety compels the family into getting them married early.

Raising the marriage age will not solve the difficulties that the girls are facing presently. Early marriage can only be reduced through secondary education.

Although the admission rate of girls into primary schools is growing significantly, the dropout rates in the higher secondary levels cannot be ignored. It is assumed that early marriage is the primary cause of these high dropouts, however, there are multiple other causes which need to be taken care of. The availability and affordability of schools are the reasons which are causing these dropouts and hence, forcing early marriage on the girls. Lack of interest in studies (24.8 per cent), high cost of education (19.3 per cent), burden of unpaid household work (14.5 per cent), are other factors resulting into high dropouts as per National Family Health Survey [NFHS]-4 (2015-2016). Merely 7.9 per cent girls in the study stated child marriage to be a factor.

Another pertinent factor to be noted is that the right to education is limited to the age of 14 years, after that the accessibility and affordability of education becomes difficult. Since the lockdown of schools due to the pandemic, girls are living under a constant threat of child and early marriages. Raising the age to 21 years will not affect the current scenario.

Malnutrition and anaemia result from poverty and not early marriage

The amendment is concerned about the health complexities that girls face when married early. It is true that a girl in the later stages of adulthood is less prone to health-related problems, but it cannot be ignored that problems like malnutrition and anaemia are being faced by girls irrespective of their age to marry. Nutrition levels of mother are child are gravely impacted by health services and poverty; therefore, it is necessary to help people elevate from poverty in addition to providing them with better healthcare. NHFS-5 shows that anaemia is prevalent in women above the age of 21 years as well. India’s nutrition strategy has to focus more on poverty and food distribution related strategies.

Poor maternal health and child mortality rates have been a major concern of this country for decades. Even though there lies evidence that more than the age of 18 years fare well during pregnancy, studies provide evidence that poor health rising out of pregnancy at or after the age of 18 is caused due to poverty, lack of education, poor healthcare, and nutrition, not age. Scheduled tribes and scheduled castes have been historically oppressed and have faced higher child mortality rate in comparison to those who are economically and socially well off when it comes to access to wealth and healthcare. There are deeper social hierarchal structures that are causing the problems that cannot be mended by raising the bar of marriage age.

No correlation between sex ratios at birth [SRB] and early marriage

Punjab and Haryana face the worst SRBs even though they are not marrying their children young. This clearly signifies that the SRBs have no relation with the early marriage. It is the social bias, which is patriarchal in nature, causing an imbalance in the sex ratios

Lack of decent employment, not age of marriage, the cause of joblessness of educated women

It is often assumed that the women empowerment will be encouraged only when they are not forced into marriage. However, it is important to note that due to the lack of job opportunities are causing both educated and non-educated women to get married. Those who somehow get employment are poorly paid. If job opportunities grow, women will not be forced into early marriages.

Majorly, the age of majority around the globe and in India is 18 years. Many laws categorizes individuals into different age groups for permitting different activities. A ‘child’ and ‘adolescent’ is divided as well for similar purpose. The legal capacity to enjoy fundamental rights in India is the age of majority. Different laws shield different age groups. For instance, child labor is prohibited up to 14 years of age. 14-18 years of age group is permitted to work in non-hazardous work environment. Also, the Juvenile Justice (Care and Protection of Children) Act, 2015, now uses a “transfer system” where the children aged 16-18 can be tried as adults for heinous crimes. This distinction among minors for work or prosecution tends towards a capacity where they are closer to being treated as adults.

Many a times, courts have set precedents where they have adjudged that an adolescent has shown an indifferentiable intelligence from an adult, especially in cases of underage marriages and elopements. In Lajja Devi vs. The State (2012), the Delhi High Court held that there is no ‘straight jacket formula’ is categorizing an age of maturity in boys or girls. The Court also said that if the girl is mature enough, she should not be denied her freedom and rights. Therefore, there cannot be a ‘uniform age centric’ response to circumstances. The maturity of an individual have to be considered from age to age basis.

Furthermore, the amendment is ignoring the cases where self-initiated marriages are taking place in India. The right to choice for a marriage or any other kind of relationship is any young woman’s right. Raising the age is not just ignoring the autonomy of women but also very likely to encourage intrusions in their personal lives.

A minimum age of marriage is the baseline which should not be violated, else it invites penalties and prosecution. It is neither mandatory nor an ideal age of marriage. In countries like India where child marriages still exist, minimum age helps fight social norms and increases awareness about the rights that girls and boys have to not be forced into marriage. Early marriage is an outcome of poverty and insecurity which was proved by the pandemic since a spike in child marriages was witnessed during this time. The Bill is not only emphasizing on the needs of the women and is unjustifiably suspending the autonomy that women have over their life decisions.

The implementation of PCMA is rare. Although it has popularized the legal minimum age, the right to repudiation of marriage is barely known by the general public. The Act is not implemented much when it comes to prosecution and the CMPOs are not as active as they should be. Social workers are helping the victims of child marriages and often escape the routes of prosecution in order to save themselves and the girls from backlash of the families. The legal procedures take long which not only threatens the life of the girl but the social workers as well. On the other hand, CMPOs are distant from the regions where child marriages are actually being practiced. The law is ineffective in bringing social workers, frontline workers, and schools to help the victims of child marriages.

Click here to see the complete set of submissions made to Parliamentary Standing Committee on EWCY&S.

(Gazal Preet Kaur is a fifth year B.A., LL.B. (Hons.) student at the Rajiv Gandhi National University of Law, Patiala, Punjab, and an intern with The Leaflet.)