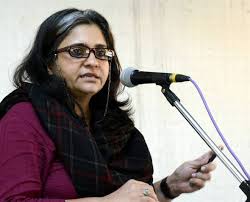 On Friday(December 1st), Citizens for Justice and Peace, a human rights and legal resource platform, filed an intervention application in the case of the Babri Masjid land dispute. The petition was filed by over three dozen interveners from all walks of life, including Shyam Benegal,  Aparna Sen, Om Thanvi,  RB Sreekumar, Anand Patwardhan, Ganesh Devy, Medha Patkar, Aruna Roy, Teesta Setalvad amongst others.

In its petition, the CJP submits to the Supreme Court that none of the parties of the original suit have been able to prove conclusive title to the disputed land. It highlighted the volatile nature of the issue, and urged the Supreme Court against taking sides. It was urged if such sides were taken, it would result in inevitable violence from the contesting community. It was stated that the issue should not be looked at through the lens of simply a land dispute, but as a larger issue of communal disharmony which must focus on establishing a peaceful resolution to the dispute.

“The outcome of this dispute, perpetrated and violent, has the potential to affect the very foundations on which Indian democracy stands,” says Teesta Setalvad, co-founder and secretary, CJP. “It is time for the wounds caused by this conflict to heal and for peace-loving citizens of all communities, young and old to speak up for an inclusive and forward looking solution. This matter concerns the very soul of India,” she adds.

The hearing will come up in the Supreme Court on December 5th.

Full text of the petition here.