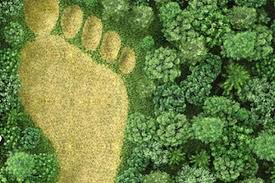 Centre Grants Clearances to 140 Hectares of Land for Goa Projects

The Union Ministry of Environment, Forests and Climate Change (MoEF) granted clearances for the diversion of 140 hectares of forest land for the Southern Railway’s double-tracking project. The move comes amidst the wide protests by locals and environmentalists against the project. The MoEF has also stated that at least 1,000 trees per hectare have to be planted as compensatory afforestation over-identified degraded forest land within three years of final approval for the project. RHEA BINOY reports.

THE Union Ministry of Environment, Forests and Climate Change (MoEF) has granted clearances for the diversion of 140 hectares of forest land for the South Western Railway’s double-tracking project – amid protests by environmental activists and local against the plan to cut through the Bhagwan Mahavir Wildlife Sanctuary and the Mollem National Park, in South Goa.

Three linear projects— the double-tracking scheme, the four-laning of a national highway, and the Goa-Yanmar transmission power project — have been protested by environmentalists. According to them, the projects could devastate forests in the Western Ghats on a wide scale, offer little benefits to local people, and were built to speed up the transport of coal from the Mormugao Port Trust to other locations.

Asserting that the Central clearances will be legally opposed, Claude Alvares, Director, Goa Foundation, told The Indian Express that, “There was a huge uproar last year to protect Mollem and if the government can ignore the voice of its people then this is rather unfortunate. Then this is a government that is hostile to the interest of forests and its decisions are very superficial and impressionistic…the environment is sacrificed first and then the economy. But we will keep fighting and we will keep protesting.”

The Goa Foundation has been at the frontline of the ‘Save Mollem’ campaign, which gained popularity last year after forest lands were diverted.

Captain Viriato Fernandes, Convenor of NGO Goencho Avaaz which announced its political foray on Sunday, said, “Despite the ecological and socio-economic destruction this project will bring to the state, the irony is that the people who are constitutionally elected to safeguard the fabric of our environment are the same group of people who are giving said clearances amid the groundswell opposition…”

In the clearances, the MoEF has stated that at least 1,000 trees per hectare have to be planted as compensatory afforestation over-identified degraded forest land within three years of final approval for the project. “To address the apprehensions of people, as well as to prevent the spillage of ore, coal etc. all the rakes of freight trains should have spill-proof/sealed cover which is presently absent.”

Speaking at an event last week, Goa Chief Minister Pramod Sawant said that the linear projects were being executed keeping the future of Goa in mind. “Many people oppose for the sake of opposing. They don’t even know who the project is for. They oppose following someone else’s instructions. They oppose only to politicise the issue,” he had said.

The project according to activists and environmentalists will damage the tiger’s habitat. The region is home to 5000 flowering plant species, 139 mammal species, 508 bird species, 179 amphibian species and 325 globally threatened species of wildlife.