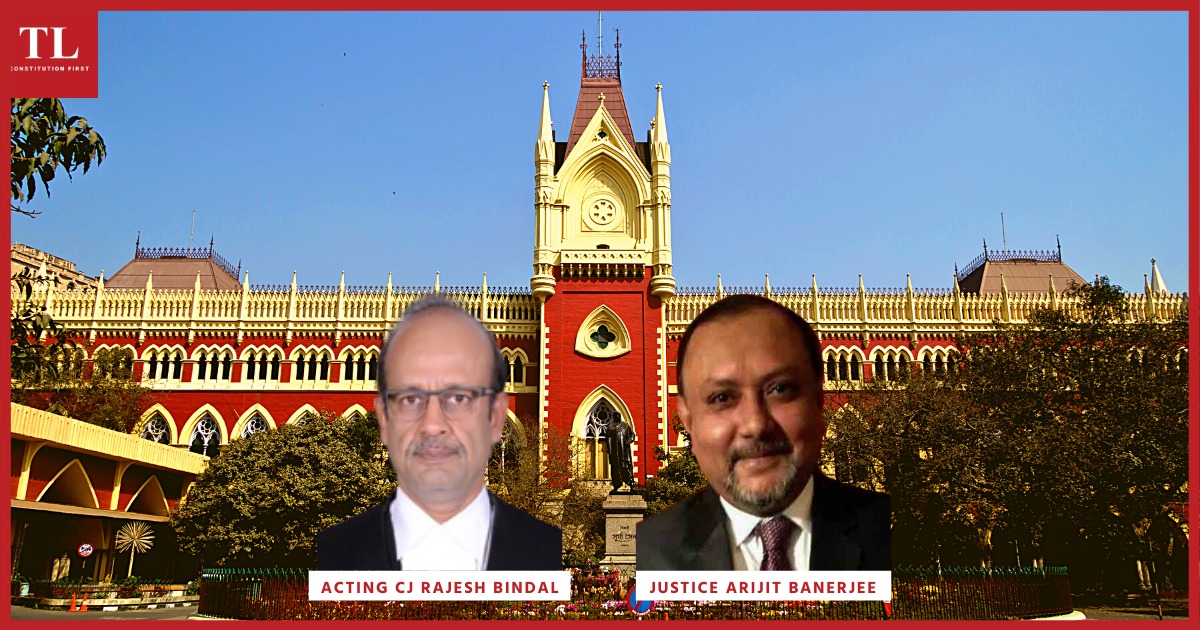 On Monday, a division bench of the Calcutta High Court had put on hold the bail granted to four All India Trinamool Congress leaders by a CBI court. INDIRA JAISING writes about the hearing that took place earlier today before the same bench, resulting in the grant of house arrest to four arrestees.

IN a not so brief hearing before a division bench of the acting Chief Justice Rajesh Bindal and Justice Arijit Banerjee at the Calcutta High Court of the applications for interim bail by the All India Trinamool Congress (TMC) leaders Madan Mitra, Firhad Hakim, Subrata Mukherjee and Sovan Chatterjee, orders were made directing the four to be put under house arrest with liberty to continue official work as an interim measure. (Read Justice Banerjee’s order here, Acting Chief Justice Bindal’s order here, and the common order passed by the bench here)

Only yesterday, Justice Bindal had lost his mother-in-law, and it was not clear whether the hearing would take place today. An application was moved to transfer the matter to another bench. Fortunately, the bench sat today, and the hearing that commenced on Wednesday continued today. Proceedings began with all parties expressing condolences to Justice Bindal for his bereavement, which he graciously accepted.

For a while it looked like Solicitor General Tushar Mehta would be late in joining as Senior Counsel Abhishek Singhvi (who also happens to be a Rajya Sabha member from West Bengal) requested that he would like to begin. However, the Solicitor General arrived before he began his arguments. Before either party could address the court, Justice Banerjee made a candid disclosure that he had decided to grant interim bail, but when his order reached the Acting Chief Justice, it was apparent that there was a difference of opinion. He read out the order that was agreed to by the bench permitting the house arrest of the accused persons. Justice Banerjee explained that this would enable the accused to have home-cooked food of their choice, and that they could receive medical attention from their personal doctors.

Singhvi, representing the TMC quartet, submitted that this was not their application had prayed for, and that they were seeking the relief of interim bail. He also stated that in the light of the difference of opinion between the two judges, it was necessary that the accused be set at liberty, especially having regard to the fact that the application had been pending since Wednesday.

To this, Justice Banerjee asked, “Are you withdrawing application for interim bail?” At this juncture, it seemed as if the benevolent order of house arrest was all but lost. Before the counsel for the TMC leaders could respond, the Solicitor General objected to the passing of any orders of house arrests. Justice Banerjee countered by saying, “You may disagree, but so far as we are concerned, we have the judgement of the Supreme Court”. The reference was to the recently decided Gautam Navalakha v. National Investigation Agency (C.A. No. 510/2021) case, in which the Solicitor General Mehta’s request for a stay of bail order to be passed had been refused by the Supreme Court.

Meanwhile, the counsel for the TMC leaders persisted with their request for interim bail rather than house arrest. Senior Advocate Siddharth Luthra, appearing for one of the quartet, placed his plea on the ground that two of them were cabinet ministers in the newly formed state government that were handing the COVID response in the state, and preventing them from doing their ministerial work would be a setback to the state’s COVID response. By that point, it was clear that counsel for the TMC leaders were attempting to secure an order which would at least permit the ministers to carry out their official work from home.

Singhvi remarked, “You have put me between a rock and a hard place.” He, however, said that acceptance of house arrest was conditioned on the matter being heard by a larger bench today itself.

What remained was to persuade the court to allow the two ministers to discharge the work of their respective portfolios by accessing files from their ministries.

The last word went to Senior Counsel Kalyan Bandyopadhyay, who is familiar with the rules of the High Court and had represented the leaders before the CBI court. He repeatedly pointed out that since the division bench of the High Court sat at 5:30 p.m., and delivered an order at 11:00 p.m. on Wednesday, it was necessary for the court to immediately start hearing the matter in a larger bench, and work on Saturday and Sunday to restore the confidence of the public. The obvious reference was to the fact that the confidence of the people in courts was likely to be shaken by the denial of natural justice to the TMC leaders and the strange late night order which stayed the grant of bail ex parte when no appeal had been filed against the bail order.

Though he remained apologetic, Justice Banerjee put him at ease by relating an anecdote which occurred when he was junior counsel assisting the late Senior Advocate Hiralal Sibal, father of Senior Advocate Kapil Sibal, who had to make an application for the recusal of a judge. The judge in question responded that “this has to be taken in a sportsman like manner!’ It was clear that while the judges were not offended by the reference to the erosion of procedure established by law, they would do what they had to do.

The proceedings ended with an interim order of house arrest which would enable the TMC ministers to carry on with their official work via video conferencing, and referral of the matter to a larger bench. While one can say, ‘all is well that ends well’, one cannot take lightly the deep erosion of the procedure established by law while dealing with life and liberty by the passing of the earlier order.

The proceedings before the larger bench promise to be interesting as the recall application details all violations of procedure established by law. The logical remedy addressing the charge of erosion of the rule of law, when it comes to undoing the damage done, would be letting the prisoners at liberty. There can be no other way of removing the taint of violation of procedure established by law. It has to be reversed for justice to be done

Meanwhile, the scene of action promises to shift to the Supreme Court with the Solicitor General making it known that the instant order will be promptly challenged. Who knows? Midnight hearings are known to happen at the Supreme Court of India.