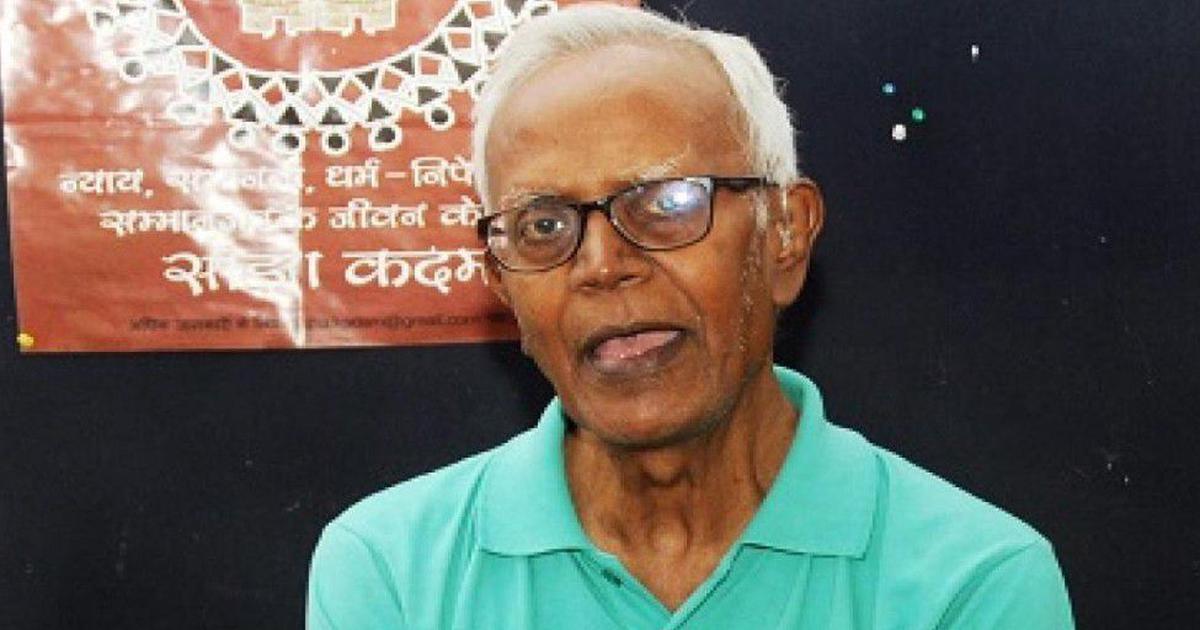 A vacation bench comprising Justices SJ Kathawalla and Surendra Tavade passed the order to this effect while hearing a bail plea filed by Swamy on medical grounds.

Additionally, the bench directed that Swamy must be produced before the court via video conferencing on 21st May at 10:30 am.

Swamy, a Ranchi resident, has been lodged in Taloja Central Jail for the past six months in connection with his alleged involvement in the Elgar Parishad case.

Desai informed the court that he had not been supplied with a copy of the medical report submitted by Taloja jail authorities to the Court.

The NIA was directed to communicate the copy to the appellant.

The bench enquired about the appellant’s health conditions listed in the appeal. It was submitted that the appellant is 84 -years old and is suffering from hearing loss and advanced-stage Parkinson’s which is steadily deteriorating. He has undergone two hernia operations and has complained of abdominal pain owing to lumbar spondylosis. He has not been able to complete daily chores owing to his poor health and is surviving solely on the help of his fellow accused. He was taken to JJ Hospital on 18th May, but his counsel had not been informed of the reason for the same.

Public Prosecutor Yagnik submitted that the transfer had taken place to administer the COVID-19 vaccine, but this was refuted by Desai. He contended that the vaccine was administered in the jail itself, and it did not warrant a transfer to JJ Hospital.

The bench directed that the appellant be examined by doctors at JJ Hospital.

The report submitted by the authorities of Taloja Central Prison stated that Swamy had a stable pumping heart and good blood circulation. He also being provided high-protein meals, hot water for bathing and two attendants who would be fellow inmates on a voluntary basis. He has also been provided a mattress, bedsheet, pillow, wheel chair, walking stick, sipper bottle and a commode chair. He is regularly visited by psychiatrists. He has made no complaint of abdominal pain as has been stated in the appeal, and has expressed satisfaction about the facilities provided by the jail authorities, the report said.

Desai disputed the correctness of the report. Taking note of this contention, the bench directed that the Superintendent, of the Taloja Central Prison must transfer the appellant to JJ Hospital at 12 noon on 20th May.  A committee of doctors including a neurophysiologist, an ENT specialist, an orthopedist, a general surgeon and any other doctor required should be formed there to examine the complaints of the appellant. This committee must submit its report to the court on 21st May at 11:00 am, the court said.

In March 2021, the NIA Court while rejecting Swamy’s plea for regular bail held that from the documents on record, prima facie, it could be gathered that the applicant alongwith other members of a banned organisation had hatched a serious conspiracy to create unrest in the entire country and to overpower the government, politically and by using muscle power.

“The material placed on record thus prima facie denote that the applicant was not only a member of banned organisation CPI (Maoist) but he was carrying out activities further in the objective of the organisation which is nothing but to overthrow democracy of the nation”, it said.