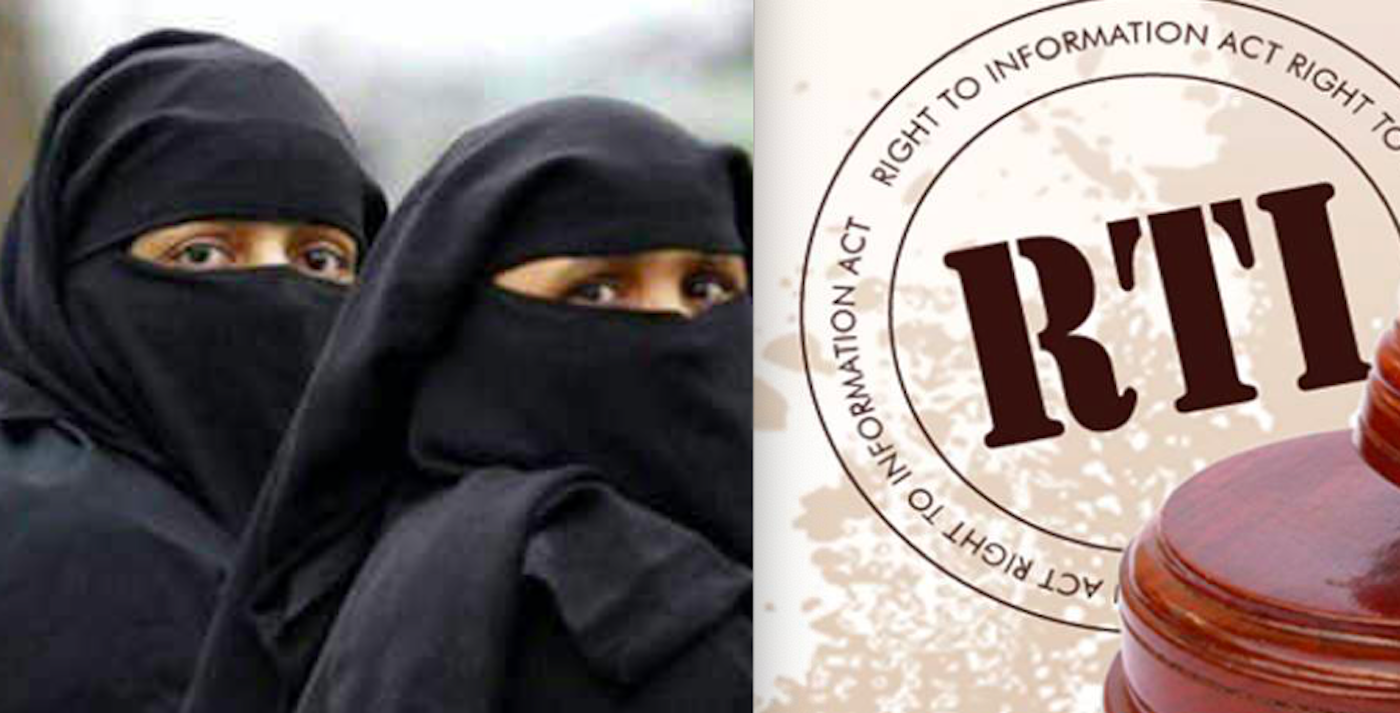 The Leaflet·December 20, 2018
Home
Information and Transparency
Transparency and Accountability

[dropcap]I[/dropcap]n a big blow to transparency, the Ministry of Law and Justice has turned down an RTI application filed by Paras Nath Singh, a Delhi-based advocate, seeking information on the material that formed basis for the promulgation of the Muslim Women (Protection of Rights on Marriage) Ordinance, 2018 (commonly known as the “Triple Talaq Ordinance”), criminalising the offence of instant Triple Talaq. The said ordinance was signed off by the President Ram Nath Kovind on September 19, 2018.

Through an RTI application [see Image 1] filed with Legislative Department under the Ministry of Law and Justice on September 23, 2018, Singh asked for following information:

Notwithstanding anything contained in this Act, there shall be no obligation to give any citizen,—

Cabinet papers including records of deliberations of the Council of Ministers, Secretaries and other officers:

Provided that the decisions of Council of Ministers, the reasons thereof, and the material on the basis of which the decisions were taken shall be made public after the decision has been taken, and the matter is complete, or over:  Provided further that those matters which come under the exemptions specified in this section shall not be disclosed;

Against the refusal of the information by the CPIO, the RTI applicant preferred first appeal before the First Appellate Authority (FAA) on the ground that the exemption clause cited by the CPIO is misconceived. The proviso to section 8(1)(i) of the RTI Act says that the decisions of Council of Ministers, the reasons thereof, and the material on the basis of which the decisions were taken shall be made public after the decision has been taken, and the matter is complete, or over.

Since the decision of promulgating the Ordinance on Triple Talaq was already been taken and given effect by by promulgating the Muslim Women (Protection of Rights on Marriage) Ordinance, 2018, the exemption cited by the CPIO to withhold the information was not tenable.

However, the First Appellate Authority cum Joint Secretary Udaya Kumara on December 17, 2018 dismissed the first appeal by passing a non-speaking order. It may be noted that Department of Personnel & Training (DoPT) which is a nodal ministry for RTI Act, 2005, had on April 25, 2008 issued guidelines for First Appellate Authority designated under the RTI Act to observe certain norms while disposing the appeals arising out RTI act. One of them was that deciding appeals under the RTI Act is a quasi-judicial function. Hence, appellate authority should see to it that the justice is not only done but it also appear to have been done. In order to do so, the order passed by the appellate authority should be a speaking order giving justification for the decision arrived at.

The decision passed by the Appellate Authority Udaya Kumara while upholding the decision of the CPIO to deny the information on the Triple Talaq ordinance is neither speaking, nor gives any justification whatsoever as to how is the information sought could be denied under the RTI Act. It is not only against the DoPT guidelines but also contrary to catena of decision of the Central Information Commission wherein it has ruled that information under the RTI Act, cannot be denied by mere citing exemption clauses of the Act. CPIO and FAA must give justification for the same.