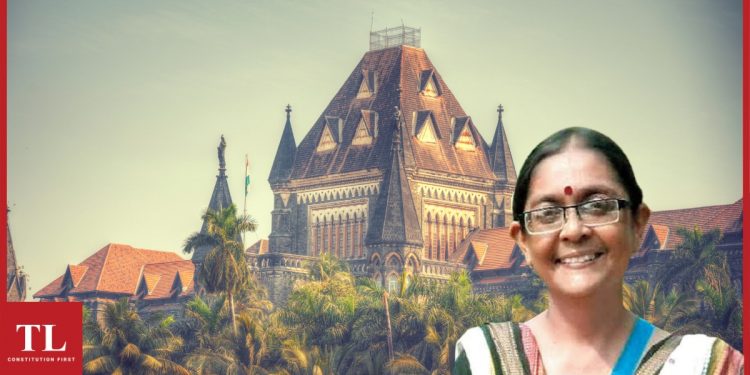 EARILER this year, the Bhima Koregaon case made international headlines, when The Washington Post reported that cybersecurity firm M/s Arsenal Consulting had analysed the laptops of some accused, and reached the conclusion that malware had been planted on the same, presumably with a view to frame the accused.

Soon after, Shoma Sen, an assistant professor and the head of the English Department at Nagpur University, an accused in the Bhima Koregaon matter, approached the Bombay High Court under Article 226 of the Constitution and Section 482 of the CrPC, praying for a quashing of the sanctions against her under the Unlawful Activities (Prevention) Act, 1967. A similar petition had also been filed by her co-accused, Rona Wilson. Both the matters were listed before a bench comprising Justices SS Shinde and NJ Jamdar of the Bombay High Court, on 17th June, 2021.

In her petition, Professor Sen contends that the evidence against her is unfounded and has been forged and planted on the laptops belonging to her and the co-accused persons, with a view to frame them.

In a reply affidavit filed on June 16, the NIA has opposed the grant of interim relief in the matter and raised preliminary objections regarding maintainability.

The larger reasons for these objections are the disputed nature of facts, the existence of an alternate remedy, the impossibility of considering documents before trial, the premature timing of submitting such documents,

By way of the affidavit, the NIA strongly rejects the report of M/s Arsenal Consultancy and the American Bar Association, stating that the parties have no locus standi in the matter, and are not permitted to submit their opinion without the permission of the High Court.

Additionally, it states that the alternate remedy of filing an application under Sections 227 or 239 of the CrPC are already available to the petitioner, notwithstanding the option of raising contentions during trial.

The NIA goes on to raise contentions regarding the claim that a third person had framed the petitioner, on the grounds that there is no mention of such person in the petition. It also takes objection to the fact that the petitioner did not supply relevant documents to the consulting firm whose reports she seeks to rely on; the same was done by the American Bar Association. It states that this report is not admissible as it does not find place in the chargesheet and the consulting firm has no locus standi given the pending nature of the trial.

Further, the government agency has alleged that this petition is being filed after the Trial Court has already taken cognizance of the chargesheet and supplementary chargesheets, and hence the current petition has been filed to cause a delay in the trial. It also claims that the petition should not be considered for want of clarity regarding the details of the malware. Additionally, it calls the possibility that the petitioners have been framed by the prosecuting agency, “totally incorrect.”

Finally, the NIA claims that the question of quashing sanctions at this stage cannot be decided without providing the prosecution with an opportunity to prove the merits of the sanction, and that the claim of selective prosecution is rejected; however, no reason is stated for the same. The agency states that any and all contentions regarding evidence, such as the non following of Sections 65(B) and 85(B) should be raised during trial.

Addressing the applicability of Section 482 of the CrPC, the government agency submits that such a quashing of the FIR is an exception and not a rule, and its limited jurisdiction is not warranted in the present petition. It has also stated that the complaint will have to be considered entirely, and the High Court lacks the necessary jurisdiction at the moment.

The affidavit in reply, which raises these preliminary objections, is sworn by the Superintendent of the NIA Vikram Khalate, who had also filed a supplementary chargesheet against renowned author Anand Teltumbde, octogenarian Jesuit priest Stan Swami, Delhi University professor Hany Babu, and Kabir Kala Manch activists, singer and play right Sagar Gorkhe, Ramesh Gaichor and Jyoti Jagtap, in September last year, after taking over the investigation from the Maharashtra Police.