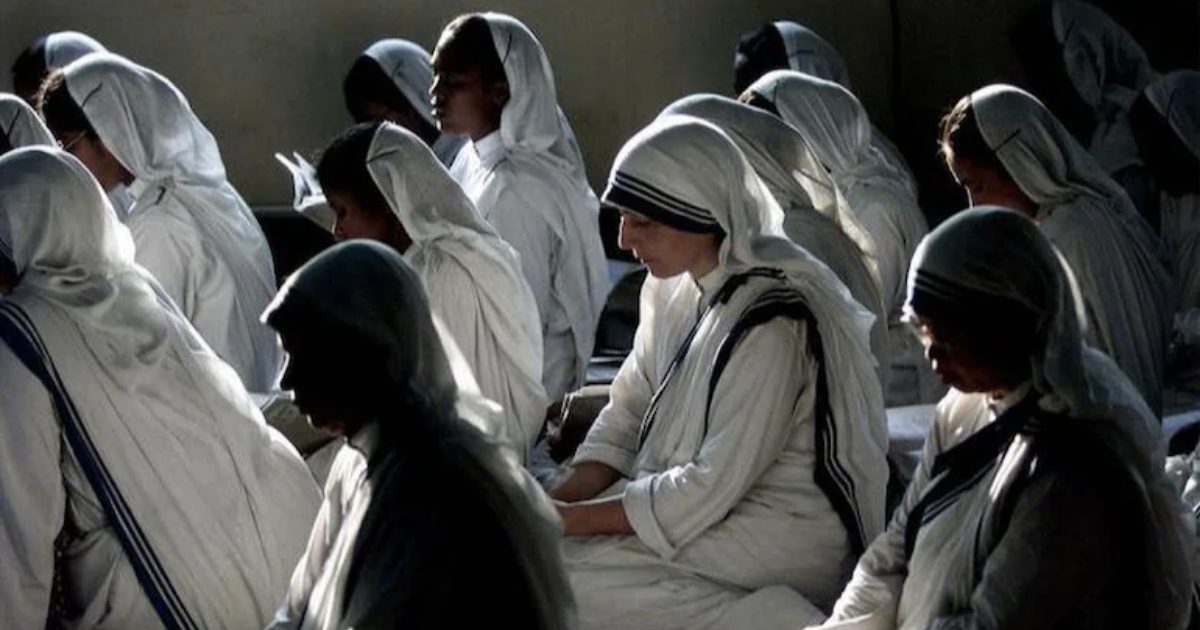 THE Union Ministry of Home Affairs (MHA) has refused to renew the registration under the Foreign Contribution (Regulation) Act, 2010 (FCRA) of the Kolkata-based Catholic charitable organization Missionaries of Charity, founded by India’s first Nobel Peace Prize laureate Mother Teresa in 1950. Consequently, the organization will not be able to accept or use funds received from outside India for its work after its FCRA registration expires on December 31.

Behind this ‘lapsing’ of FCRA registration due to MHA’s refusal to renew lies the  story of Missionaries of Charity being hounded by right-wing forces, and their supporters in the State machinery, on the unsubstantiated suspicion of organising forcible conversions.

As per the MHA, it took the decision on December 25 based on “adverse inputs”. The exact nature of these ‘adverse inputs’ has not been elaborated upon by either the MHA or Missionaries of Charity as of now. But it is not difficult to lift the veil over these “adverse inputs”, if the almost contemporaneous events are any indication.

Yesterday, some opposition party politicians had alleged in social media posts that the MHA had frozen all the bank accounts of the Missionaries of Charity. Soon after, in a public statement, the organization clarified:

“We would like to clarify that the FCRA registration of the Missionaries of Charity has been neither suspended nor cancelled. … Further, there is no freeze ordered by the Ministry of Home Affairs on any of our bank accounts. We have been informed that our FCRA renewal application has not been approved. Therefore, as a measure to ensure there is no lapse, we have asked our centres not to operate any of the FC accounts until the matter is resolved.”

The MHA too released a press statement clarifying that Missionaries of Charity’s FCRA renewal application was rejected for not meeting the eligibility conditions under FCRA and the Foreign Contribution Regulation Rules, 2011.

Further, it states that the Missionaries of Charity had made no request or filed a revision application for reviewing this decision. It clarified that the MHA did not freeze any accounts of the organization, and that in fact the latter had requested the State Bank of India to freeze its own accounts.

This comes in the backdrop of a noticeable trend of violence against and harassment of Christians in multiple parts of the country this year, which culminated in a spike on the eve of Christmas on December 25.

Earlier this month, the Missionaries of Charity had been booked under Sections 295A (Deliberate and malicious acts, intended to outrage religious feelings of any class by insulting its religion or religious beliefs) and 298 (Uttering, words, etc., with deliberate intent to wound the religious feelings of any person) of the Indian Penal Code, and Sections 3 and 4 (with punish forcible religious conversion) of the Gujarat Freedom of Religion Act, 2003 for allegedly “hurting Hindu religious sentiments” and “luring towards Christianity young girls” at a shelter home run by it in Vadodara. There could be a nexus between this and the MHA’s decision to revoke the organization’s FCRA license.

The first information report against the organization was based on a complaint by Vadodara’s District Social Security Officer, after an inquiry by him and another by the district Child Welfare Committee, at the instance of the National Commission for Protection of Child Rights (NCPCR) Chairman, who had inspected the home earlier.

NCPCR has also moved the Supreme Court in February last year to seek a Supreme Court-monitored probe into alleged child trafficking at children’s homes run by the organization in Jharkhand.

Bharatiya Janata Party’s Member of Parliament Nishikant Dubey had, in November 2019, accused, on the floor of the Parliament, the Missionaries of Charity of indulging in religious conversions and illegally sending children for adoption abroad in Jharkhand, and demanded a probe into the matter by the Central Bureau of Investigation (CBI).
In July 2018, an employee and a nun at a home run by the organization in Jharkhand had been arrested by the state police for child trafficking. The police had recommended a CBI inquiry into the matter.

Neither the union nor the Jharkhand state government inquired into the matter, and there is nothing in the public domain to substantiate the claims of child trafficking by the organization.

The amendment, according to development management practitioner Suvojit Chattopadhyay, “increase[s] the cost of doing business for India’s non-profits, while making them further vulnerable to harassment.” This is because of the onerous conditions it imposes on organizations availing of foreign contributions regarding the use of such contributions for administrative expenses, their transfer to other entities, the procedural requirements for availing registration under the Act, and allowing summary inquiries by the union government to prevent organizations from using foreign contributions received by them.

As a result of the amendment, the working of several nonprofit organizations in India was adversely affected, including in their capacity to participate in aid work during the two devastating waves of the COVID pandemic suffered by India.

The funding of non-governmental organisations from foreign countries has reportedly decreased under the Narendra Modi-led union government by around 40%. According to a report by foreign consultancy firm Bane & Company, the licences of around 13,000 NGOs have been cancelled by the MHA between the time the Modi government came to power and 2018. Additionally, as per the government’s own data, the FCRA registration of 6,600 NGOs was revoked between 2017 and 2020.