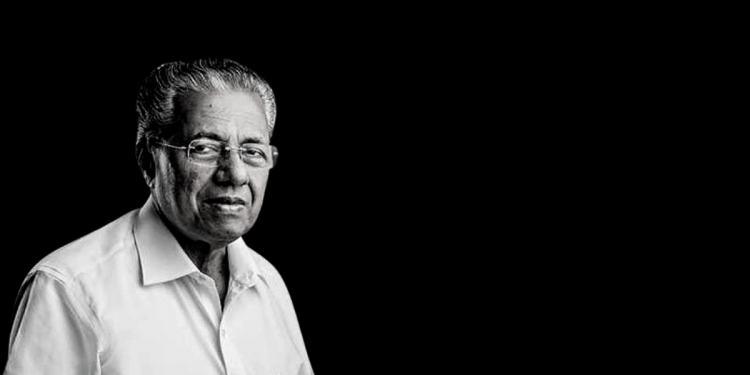 Kerala Government’s amendment of the Lokayukta Act to give the option to the Chief Minister to either accept or reject the watchdog’s findings does not augur well for the ruling party’s image, writes REJIMON KUTTAPPAN.

NOW, the chief minister has nothing to fear about his own case pending before the Lokayukta. He has ensured that the Lokayukta would only bark and not bite, Kerala Leader of Opposition V.D. Satheesan tells Kuttappan.

In 1999, the Kerala Lokayukta Bill had, in Section 13, stated that “a competent authority, including state governor and chief minister, may either accept or reject the declaration made by the Lokayukta.”

However, after around 11 hours of discussion in the Kerala Assembly on February 22, 1999, the words ‘may either accept or reject’ were replaced by ‘shall accept the declaration’ in the Act of 1999, as the Communist Party of India (Marxist) [CPM]-led Left coalition ruling the state then wanted an effective tool to eradicate corruption.

Interestingly, while debating the Bill, clause by clause, and hearing the subject committee suggestions, the late E.K. Nayanar, the then Kerala chief minister and CPM Politburo member, wasn’t satisfied with the tool’s effectiveness.

While debating the Bill, a subject committee comprising the late G. Karthikeyan and T.M. Jacob, both from the opposition, had recorded their dissent on several points.

In the dissent note, they wrote that having the chief minister himself as the competent authority will open the flood gates of political corruption.

The word ‘may’ was replaced with ‘shall’, making the tool powerful enough to fight corruption.

Unfortunately, Pinarayi Vijayan, the current chief minister of Kerala and CPM politburo member, has changed the word ‘shall’ to ‘may’ by amending Section 14 of the Lokayukta Act.

His government has issued an Ordinance and the Governor has signed it too on February 7.

The ordinance was approved by the state Cabinet on January 19 and was sent to the Governor for his assent on January 22. But the governor sat on the file during the last two weeks.

The Chief Minister was on a tour to the U.S. and U.A.E. He returned home only last Sunday. Later in the evening on Sunday, he met the Governor. And on Monday, the Governor signed the Ordinance.

Now, the Chief Minister can either accept or reject the declaration made by Lokayukta.

Vijayan was a member of the Nayanar ministry between 1996 and 1998, which had enacted the Lokayukta. He was the Electricity and Cooperation minister. He resigned from the ministership to take the helm of the CPM as the state secretary.

Despite Lokayukta being powerful, between 1999 and 2021, its decisions had not resulted in the resignation of any minister except one.

During the first Vijayan government, between 2016-2021, K.T. Jaleel, Minister for Higher Education, had to resign after Lokayukta made a declaration after finding him guilty of nepotism.

Under the then Lokayukta Act the Chief Minister “shall accept the declaration”, and Vijayan had to accept the same.

The Lokayukta found that Jaleel had ‘misused’ his powers to appoint his close relative K.T. Adeeb as general manager in Kerala State Minorities Development Finance Corporation.

Jaleel resigned in April 2021 and approached the Supreme Court too. But the apex court dismissed his plea.

The reason, stated by the Kerala government for changing the words “shall accept” to “may either accept or reject” in the Act, is that it is unconstitutional.

Also read: The paradox of Lokayukta in Kerala

Talking to  this writer, Supreme Court advocate Abhilash M.R., said that “personally, [he is] of the convinced view that anointing the chief minister as a competent authority in relation to an individual minister is against the principle of due process of law.”

“How can a chief minister hear the case against his own colleague, that too, acting as an appellate authority on a decision made by an anti-corruption crusader?” he added.

Meanwhile, V.D. Satheesan, the leader of opposition in Kerala, told this writer that “the government’s claim that section 14 has never been subjected to judicial review by the High Court or the Supreme Court is false.”

“In reality, both courts have upheld the Lokayukta’s decision, invoking section 14 of the Lokayukta Act in the Jaleel case, thereby reinforcing the parent Act’s legal validity,” he said.

Satheesan added that another argument advanced by the government to justify the proposed amendment to section 14 is that it violates Article 164 of the Indian Constitution.

“Now, the chief minister has nothing to fear about his own case pending before the Lokayukta. He has ensured that the Lokayukta would only bark and not bite,” Satheesan added.

The Lokayukta is hearing a petition, which alleges that money from the Chief Minister’s Disaster Relief Fund [CMDRF] was distributed to undeserving persons.

According to the petition, money was given from CMDRF to the families of three persons who were close to the government and the ruling party, the CPM, violating the norms for aid distribution.

The first petition questions the granting of Rs 25 lakh from the CMDRF for the education of Uzhavoor Vijayan’s daughter. Uzahvoor Vijayan was a Nationalist Congress Party leader and a close associate of the Left front in the state. He died in 2017.

Another petition is against spending from CMDRF of Rs 8 lakh to take back mortgaged gold belonging to K.K. Ramachandran Nair and Rs 6 lakh to repay his car loan. Ramachandran was a CPM legislator. The amount was advanced following his death in 2018.

The third petition is against granting Rs 20 lakh from the CMDRF to the family of a policeman who died in an accident while escorting the CPM state secretary Kodiyeri Balakrishnan.

Meanwhile, Roy Mathew, a political observer in Kerala, told this writer  that the Left government is fearing all probe bodies.

“It has clipped the wings of Vigilance, denied access for CAG [Comptroller and Auditor General of India] and blocked CBI [Central Bureau of Investigation]. Now, they have made the Lokayukta a lapdog. Looks like Kerala Left is making its own iron curtain,” Roy said.

Interestingly, the Communist Party of India [CPI], the second largest partner in the Left Democratic Front government in Kerala, is unhappy over the Ordinance.

Talking to media, Kanam Rajendran, the CPI state secretary, said that “people are not convinced about the urgency behind the ordinance. The government could have introduced a Bill for the proposed amendment in the Assembly session. If a Bill was introduced in the Assembly for the purpose of amendment, everyone would have got an opportunity to air their opinion. The ordinance has denied that opportunity,” he said.

(Rejimon Kuttappan is an independent journalist and author of Undocumented: Stories of Indian Migrants in the Arab Gulf, Penguin 2021.)