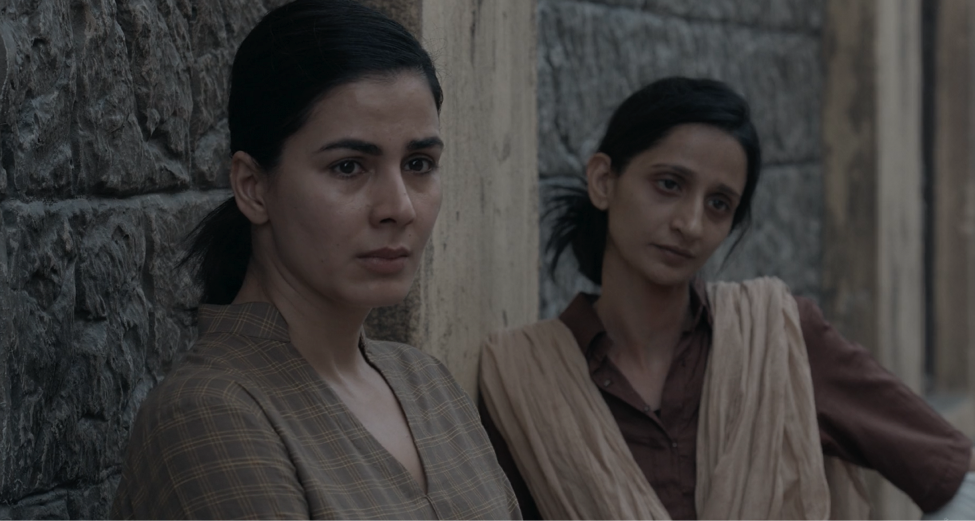 Behind Closed Doors: Half the Conversation on Marital Rape

After watching the latest crime series on Disney+Hotstar, PRACHI SHARMA found it has one ear to the ground on historical oppression of women and systemic injustice but does not raise—nor answer—enough questions on marital rape.

It is 2021 and India remains one of only 36 countries where it is not a crime for a man to rape a woman, as long as they are married to each other.

Marital rape is unrecognised as an offense—and therefore has impunity—only to protect the sacredness and sacrosanctity of marriage.

I dedicated a weekend to binge-watching ‘Behind Closed Doors’, which released in December on Disney+Hotstar. The series, which has been powerfully enacted by Kriti Kulhari and OTT platform favourite Pankaj Tripathi, took me back to my masters dissertation on female criminality.

The show throws light on abuse, marital rape, power, shame—and criminal offense. It slowly reveals facets of female criminality and beautifully narrates the internalisation of violence, how structural violence operates, and the effects of historical oppression. In a nutshell, a woman has stabbed her husband in cold blood, admitted to the acts, and is deeply apologetic about it, until she denies it.

Hence begins a courtroom drama. Essentially, the series provides a nuanced perspective into criminality, particularly female criminality. While the series has its flaws, it is still relevant. What makes it germane is that India, as a society, has not addressed marital rape as it should have.

Ashish Vidyarthi, a prosecuting lawyer in the show, remarks in an episode that as per the Manusmriti, god resides in places where women are respected. He says women are caregivers, the founding stone of family, and nurturers, but then we have women who kill their husbands. He says this with disgust, as if a human had murdered a god!

Women are not just a “founding stone” of family, but are also controlled by family structures and society, in more ways than one. In the past decade or so, these so-called preservers of culture, traditions, honour, do get involved in crimes, and in recent decades, even in serious crimes such as murder. And, as we know, the social environment contributes tremendously to the making of criminals, including female criminals.

In 1934, American criminologist Edwin Sutherland defined criminology as the body of knowledge which regards crime as a social phenomenon. This includes the process of making laws, and reactions to the breaking of laws.

Simply put, criminology is the study of crime that enquires into the roots of why people engage in criminal behaviour.

Female offenders are studied under the category of female criminality. However, this is an understudied subject in our country and all over the world. Crime has always been associated with the males in a society, be it offenders, lawyers or social workers.

One clear reason for this could be that males are definitely more involved in crimes than the females, but nonetheless, female criminality has been increasing all over the world. For instance, in the United States, the number of women under criminal justice supervision has increased dramatically. In 1990, there were approximately 6,00,000 women in prisons or jails, on probation, or on parole; in 2000, the figure had risen to more than one million.

In India, women criminals comprise 6.3% (NCRB Crime in India report, 2009) of those convicted under provisions of the Indian Penal Code (IPC). The Crime in India reports reveal that 1,51,675 females were arrested for criminal activities in 2003, which rose to 1,54,635 in 2007. The nature of crimes women commit is also dramatically changing, from “softer” infractions such as drug trafficking or prostitution to heinous crimes such as murder.

Interesting in the themes depicted in Behind Closed Doors is the common threads they share with my study of female criminality in 2016. My findings showed that women offenders deeply prescribed to patriarchal ideologies. In the show, as we enter the prison narrative, we see women drug peddlers, Naxals, who killed brides for dowry, or their fathers, and so on. All their crimes were seen as deprecating but equal—except the killing of the husband.

The respondents in my study had given similar accounts. They believed that they are not as significant in their households as their male counterparts.

They heavily lacked a sense of individuality. It was difficult for them to look at their individual identities or talk about themselves in isolation from their family. All participants demonstrated low self-esteem. Another glaring similarity with the show was how they had internalised violence. All my respondents completely denied there was violence within their family even while they narrated instances of violence during the interviews.

The term structural violence was coined by the Norwegian scholar Johan Galtung to articulate hidden violence; which is built into the structure of society itself and therefore more difficult to pinpoint and eradicate. It causes much suffering and can lead to conflict, war, even genocide. While direct physical violence gets much more attention, the injustice that is built into almost all social systems can cause equal or greater harm.

With the women in the study, the chain of violence started from the gendered division of work in their natal homes, moved to child marriage, and ended in abusive marriages. 75% of the participants were married before the age of 16, 33% were married at between 16 and 21 years, and all shared instances where they had witnessed severe physical violence. A sense of shame had settled upon them all—hardly any participant would get visitors, so there was a huge lack of support from their family, which made them vulnerable as well as lonely. The average time gap between their meeting family members was between nine months and a year.

The show makes you reflect on the nexus of historical oppression, domestic violence against women, and their vulnerable position in society, which can lead them to criminality.

Historical oppression describes the chronic, pervasive and intergenerational experiences of persecution and injustice that, over time, may become normalised and internalised into women’s daily lives.

This theme has been captured by Behind Closed Doors, though not as tightly as Paatal Lok has done. Its primary theme was also structural and historical oppression, but it also considered caste, gender and class with a certain nuance. How the structures of our sociological, legal and political systems oppress the vulnerable and often drive them into criminal acts. Be it women, Dalits, the underprivileged, differently-abled or transgender persons—we oppress the ones who do not conform to our ideas of what is “normal” in society.

Women, most of all, have been historically oppressed, to an extent that they psychologically deny violence and often identify the perpetrator as their caretaker, similar to the protagonist in the series. It is historical oppression that often leads women to be less-than-equal providers of unpaid labour, denied sexual desires and much worse.

The central premise of Behind Closed Doors is marital rape, but the show does not discuss it enough. To refuse to recognise marital rape showcases our country’s regressive outlook towards women and we must let go of this shameful stand. Though we have laws to recognise and punish rape as a crime, we have not recognised marital rape, which means that we do not think women have agency over their bodies after marriage, that they are merely a property belonging to the man they are married to. The law has to be equal, and above notions of sacredness that may be attached to any social institution, in this case, marriage.

Lawmakers need to recognise that a married woman has the same rights over her body as unmarried women. Female bodies are not private properties in any circumstance or under any social arrangement. Marital rape could have been discussed more deeply and its nuances could have been brought out, to not just educate the audience but explain the gravity of the trauma of a victim. Despite Kulhari’s nuanced performance, the writers and director have not thrown enough light on the intricate and sensitive aspects of marital rape—as the 2016 film, Pink, had done for the idea of consent. If nothing else, it could have accelerated the conversation we very much need to have.

(Prachi Sharma is a development practitioner with expertise in women’s sexual reproductive health and rights. She can be reached on LinkedIn, Twitter and Instagram. The views are personal.)