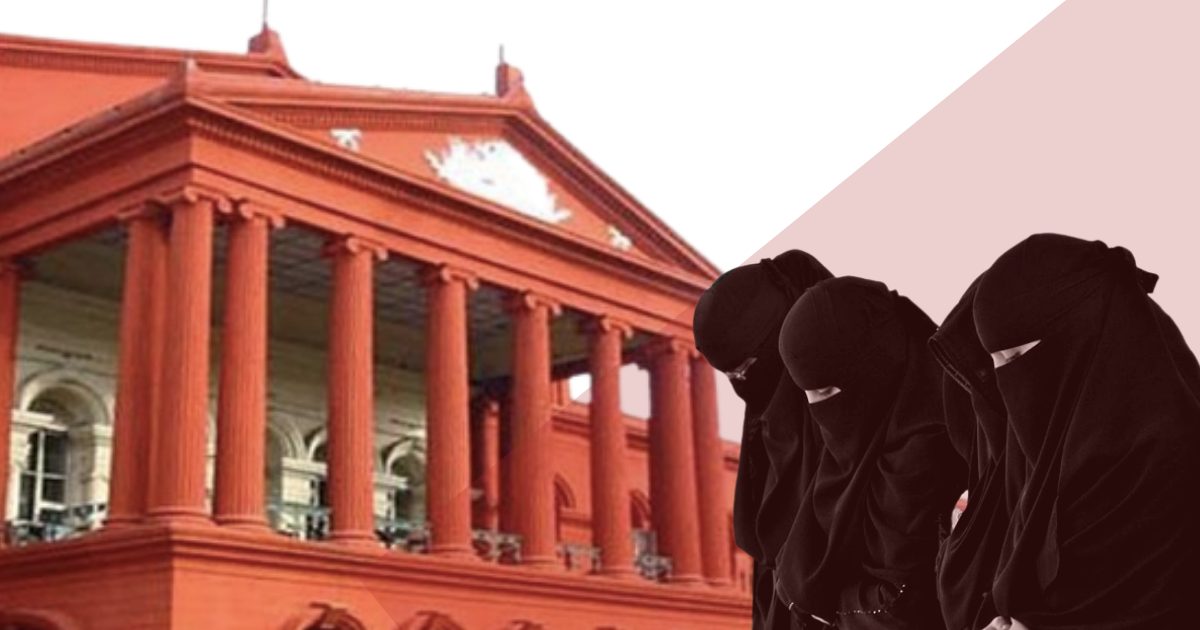 Ban on wearing hijab by students is discriminatory, counsel tells the Karnataka HC

THE petitioners challenging the ban on wearing hijab by students before the Karnataka High Court today sought to invoke multiple grounds to attack its legitimacy. The grounds cited by the counsel included violation of their rights to equality, privacy and non-arbitrariness. The High Court was told that the goal of education was to promote plurality and heterogeneity, and not to promote uniformity or homogeneity. It was also emphasised that classrooms should be a place for recognition and reflection of diversity in society.

The High Court bench comprising the Chief Justice Ritu Raj Awasthi, and Justices Krishna S. Dixit and J.M. Khazi, on Wednesday, continued hearing the petitions challenging the prohibition on wearing of hijab imposed by government schools and colleges in Karnataka.

At the start of the hearing, senior advocate Kaleswaram Raj suggested that the court should prescribe the order and time limit for all advocates. The Advocate General, Prabhuling K. Navadgi, supported the suggestion.

The Chief Justice responded, saying that there were too many petitions, intervention applications, and public interest litigations filed in the matter and not all of them may be maintainable or necessary to be heard.

Kumar submitted that under the Karnataka Education Act, if there was to be a change in uniform, the authorities were required to publish a notice one year in advance. He submitted that no such notice was issued to ban the wearing of the hijab. He further submitted that uniforms in pre-university colleges were not mandatory and that while some colleges had made it compulsory, the same was illegal.

Kumar submitted that there was no provision in any Act or any rule thereunder which prohibited the wearing of the hijab and accordingly, the impugned order was without the authority of law.

He submitted that Section 143 of the Act deals with delegation to authorities under the Act. He argued that the College Development Committee [CDC] is not an authority, much less a subordinate authority, and accordingly, delegation cannot be made to it.

Justice Dixit opined that Sanskrit pathhshalas prescribe uniforms and inquired if it could be considered a police power. To this, Verma replied that the power to supervise and discipline students would amount to police power over them.

He further submitted that the MLAs belonged to political parties and accordingly would be inclined on pushing a political agenda, and therefore could not be trusted with the welfare of the students.

Kumar also relied on a research paper to submit that the majority of religious attire is gender-neutral and that college-going girls wear a dupatta, regardless of their religious identity. The court questioned the authority of a research paper and if it could be relied upon. To this, Kumar replied that he was only using it to buttress his arguments and was not asking the court to accept the empirical data.

Kumar questioned why the Government had only banned the hijab while other religious symbols like pendants, bangles, and bindis/tilak were allowed in school. Kumar submitted that this was a violation of Article 15 of the Constitution. The Chief Justice stated that Article 15 prohibits discrimination based on religion, but as per the impugned order, wearing the headdress of all religions is banned. To this, Kumar replied that only Muslim women who wore hijab were being barred from doing so, while turban-wearing Sikhs, ghoongat-wearing Hindus, and cross-wearing Christians were being allowed.

He also argued that Muslim women are statistically the least-educated and least-represented, and if they were shut out of the classroom for wearing a hijab, they would suffer immensely.

Kumar reiterated that the hijab ban was violative of Article 19(1)(a) of the Constitution, as the freedom of speech and expression included the freedom to dress in one’s way. He buttressed this argument by relying on the Supreme Court’s judgment in NALSA vs. Union of India (2014).

He further argued that the right to wear a hijab flows out of the right to privacy, which has been recognized as an essential facet of Article 21 of the Constitution by the Supreme Court in Justice K.S. Puttaswamy (Retd.) vs. Union of India (2017).

With that, Kumar concluded his arguments.

Senior Advocate Yusuf Muchhala, who appeared for another petitioner, argued that the impugned order was manifestly arbitrary. He also argued that wearing a headscarf did not violate the uniform rules and that the rules could not be enforced so strictly.

Muchhala argued that the impugned GO was issued in a tearing hurry because a group of students opposed the Muslim girls wearing the hijab. He asked the Court: “Is this the fairness”? He submitted that the impugned order itself made a reference to the opposition by certain students against hijab-clad students, which, itself is a sufficient ground to strike down the GO.

He said that Article 25(1) protects individual freedom. He said the word “conscience” mentioned in the Article is of wide connotation. He contended that when right is claimed as a matter of conscience, it is not necessary to delve into the question of whether it is an integral part of religion. He said the question of going into the essential religious practice arises only in the context of Article 26(2) i.e. the right of a religious denomination to manage its own affairs in matters of religion.

After Muchhala finished his arguments, a few lawyers sought leave from the court to intervene. However, the Chief Justice stated that the court would not allow any interventions at this stage.

The hearing will resume on Thursday at 2:30 pm.