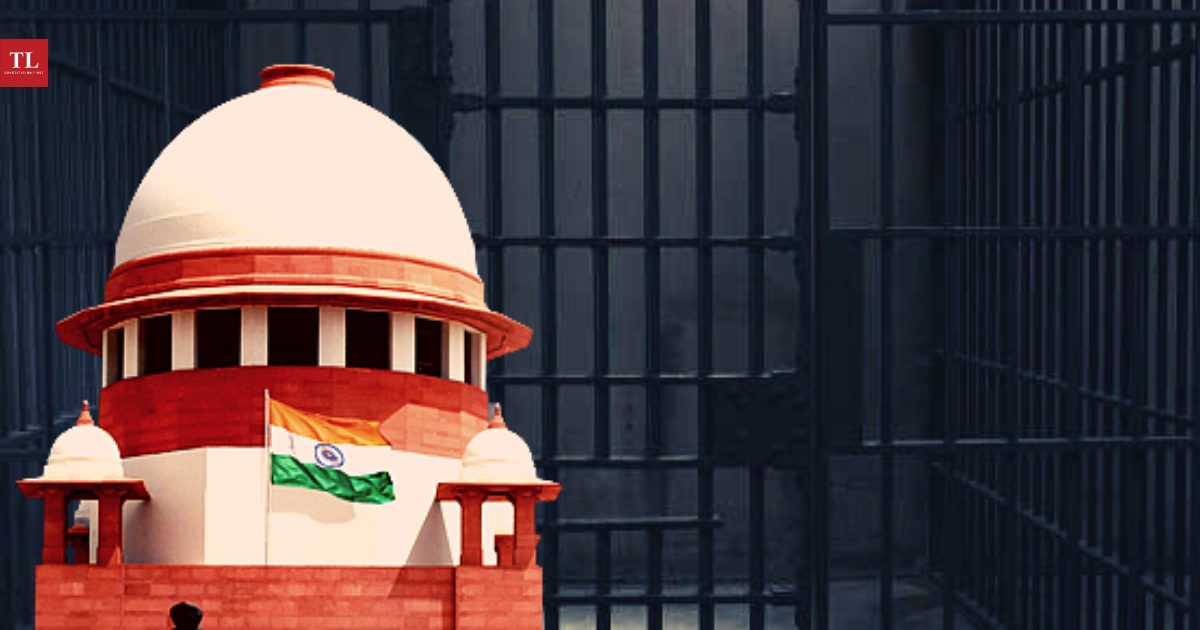 Bail Not Jail exists on paper: Supreme Court can make it work in Courts

The Zarina Begum judgement addresses pertinent questions concerning the district judiciary and fundamental rights, but it will not help citizens much unless the Supreme Court frames clear-cut guidelines on how and when to grant bail to an accused. The use of stringent laws such as UAPA against, for example, dissenters, and conflicting judicial voices on when to grant bail are muddying the waters. Only the top court can resolve the conflicting judicial voices on this issue, write PRATYUSH NIGAM and SRI HARI MANGALAM.

JUSTICE Krishna Iyer, in a landmark judgement, State of Rajasthan vs Balchand, 1977 laid down one of the basic rules of legal proceedings, i.e., to provide bail and avoid jail time for the accused. The judgement has laid the foundation for a more lenient justice system.

Now, the Madhya Pradesh High Court, speaking through Justice Atul Sreedharan in Zarina Begum vs State of Madhya Pradesh recently observed the approach of the district judiciary to bail applications.

Citing figures of pending bail applications and criminal appeals, Justice Sreedharan observed, “District judiciary is extremely tight-fisted when it comes to granting bail.” The court cites the principle in Balchand—bail and not jail.

This judgement comes at a time when journalists and activists are being slapped with serious charges under the Indian Penal Code, such as the Unlawful Activities Prevention Act (UAPA) and sedition laws. Bail hearings under such provisions generally end up limiting the constitutional rights of the accused under the pretext of preventive detention.

From keeping Varavara Rao in jail during the Covid-19 pandemic to rejecting bail to Gautam Navlakha while citing his copy of the celebrated historical novel, “War and Peace” by Lev Tolstoy, are instances where the current system has stifled human rights.

With Zarina Begum, a constitutional court has finally attempted to acknowledge that an overly strict judicial viewpoint on bail can jeopardise the vital right to personal liberty guaranteed by Article 21. It seems as if denying personal liberty would now require a higher judicial threshold. However, in the prevailing circumstances, specifically concerning the application of tough provisions of the IPC, this judgement can at best be summarised as too little too late.

To substantiate this, consider two guidelines in the Zarina Begum judgement. Paragraphs 34D and 34F ask the district judiciary to ascertain whether the release of the accused will lead to “breach of peace, and social or civil unrest” and whether the accused may attempt to abscond depending on the “nature of prima facie evidence”.

Unfortunately, these new guidelines do not allow much space to deviate from the existing norm. The subjective nature of these guidelines will inevitably encourage the tight-fisted approach of the district judiciary and further decrease the acceptance of bail applications.

The idea of jail, not bail, when it comes to serious offences, is captured in State of Uttar Pradesh vs Amarmani Tripathi where it was observed that if a court has reasonable grounds to believe that the accused is prima facie guilty of a heinous crime, then his right to personal liberty can be curtailed.

Various courts have also said that bail must not be granted when a case is registered for a heinous offence. Therefore, the Supreme Court must frame guidelines that make it clear how and when this bail is to be granted.

Further, paragraph 34D creates a problematic situation. The criterion of civil unrest is often relied upon by our constitutional courts while curtailing liberty. In Rajesh Ranjan Yadav (Pappu Yadav) vs CBI, Justice Markandey Katju observed that while interpreting Art. 21 there has to be a balance between the individual’s rights and the larger interests of society. Many other judgements maintain that the right to personal liberty is not at the cost of the liberty of others in society.

In other words, if the release of an accused is seen as problematic for the social order, then his liberty can be curtailed. Likewise in Neeru Yadav vs State of Uttar Pradesh, Justice Deepak Mishra observed that if a crime dents peaceful civil society then the rights and liberties of the accused may be curtailed.

Also read: Why a lawyer in Kashmir is asking for a constitutional amendment from 1979 to be enforced

In this case, it was held that courts must be cautious while granting bail to an accused who is a potential threat. The implication is that such precedents inevitably render the subjective criteria listed in Zarina Begum irrelevant.

Nevertheless, the Zarina judgement is welcome, as it addresses a very pertinent question concerning the approach of the district judiciary in protecting the fundamental rights of people in India.

Recently, the Supreme Court in Krishna Lal Chawla vs State of Uttar Pradesh made a vital observation on the rights of an accused. It observed that magistrates and trial judges are the first forums where a harassed and distraught litigant expects justice. Hence, just like the apex court, they must also effectively safeguard fundamental rights. Effective support cannot be provided to the litigant until the judiciary’s hands are tied.

Zarina Begum is right: the district judiciary faces multiple hardships in applying the “bail, not jail” principle, including the chances that judges’ careers can go off-track unless they ‘dismiss bail applications’.

Further, the applicability of this principle to UAPA, or TADA, remains unclear and the judiciary’s stance seems undecided. However, the Supreme Court must take cognizance and issue comprehensive guidelines for the district judiciary on how to treat bail applications.

Certain precedents protected personal liberties and allowed bail applications. For example, in Ram Govind Upadhyay vs Sudarshan Singh and Others, the court analysed a scenario where the applicant had already been in custody and the trial was unlikely to conclude for some time. The judges held that if the timeline of a case is unsure, and the accused has already been under custody for some time, then bail should ideally be provided. Besides the nature and severity of a crime, a court must consider the time spent in custody during bail hearings.

The courts are free to impose conditions on an accused while granting bail. In Hazarilal vs Rameshwar Prasad, the accused was granted bail. However, his passport was seized. Other conditions can protect the Article 21 and 19 rights of an accused, without hampering the legal process. The conditions a court can impose must be pragmatic and fair. They should be framed to allow the accused to comply with legal procedures without unnecessary struggle.

The idea of presumption of innocence is also often adopted by the courts to consider bail applications. It acts as a significant factor in bail appeals and is understood as a basic human guarantee.

Presumption of innocence is a bedrock of modern jurisprudence. It means that the burden of proof lies on the one who asserts, not the one who denies it. It ensures that an accused is not termed guilty unless proof is substantially established. The idea is to ensure the freedom of movement and right to life are not arbitrarily curtailed until guilt is proven.

Likewise, when it comes to heinous offences a precedent of the Allahabad High Court is worth mentioning. In Raghu Raj Pratap Singh @ Raja Bhaiya v. State of Uttar Pradesh, the court examined the criminal history of the accused and acknowledged that he had been acquitted in most cases. It held that bail can be granted in a serious charge as well if it is established that the accused may have been vindictively framed by the police, and will not tamper evidence, witnesses, or abscond if released.

It is such legal principles and judgements, which have gradually developed into practices, that ensure the fundamental rights of an accused are protecting while facilitating equitable justice delivery.

In re Piracy Jure Gentium, the law has been defined as a “living and expanding code” that must be flexible, adaptable and changeable as a consequence of prevailing debate. While the law on bails has been subject to substantial scrutiny and criticism, in recent years, archaic precedents have been used to solve the crisis in the present. Certain aspects of the Zarina Begum judgement do reflect this approach.

In recent times, in attempts to suppress dissent, people are being arbitrarily detained and the district judiciary and constitutional courts have failed to safeguard their rights. This needs urgent attention from the top court too.

The Zarina Begum judgement is most welcome, but the problem needs even more comprehensive attention so that the district judiciary can support the litigating parties. The current political discourse demands a new set of guidelines that the Supreme Court can contemplate, which reflect the gist of these precedents which protected the fundamental rights of citizens.

(Pratyush Nigam and Sri Hari Mangalam are second-year students at the West Bengal National University of Juridical Sciences. The views are personal.)